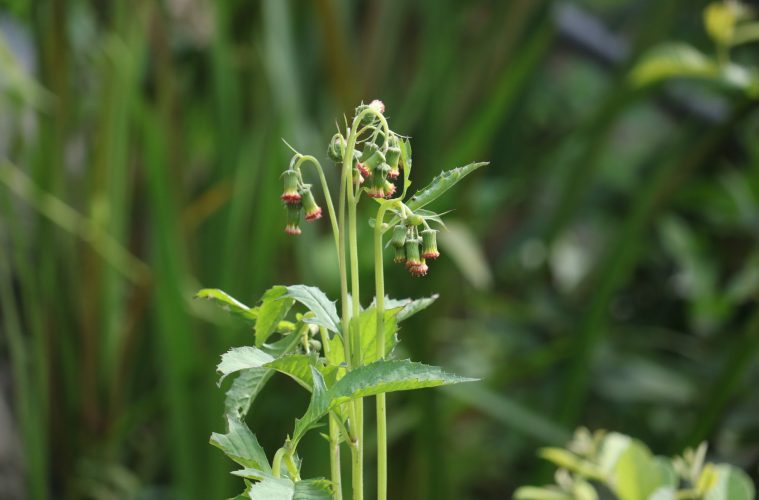 A photo of sapsapon from Ang Gulay, Bow on Facebook.

Weeds are often perceived as undesirable plants in the fields, lawns, or gardens, but there are non-invasive, edible weeds that are more than what meets the eye.

Take, for instance, sapsapon (Crassocephalum crepidioides) or redflower ragleaf, an annual herb that is not always seen as a hindrance, but, rather, is consumed and gathered as a vegetable in different provinces, namely Abra, Davao del Sur, Ilocos Sur, and Nueva Ecija.

Sapsapon flourishes during the rainy season or between May to December. Its tiny drooping flowers come in clusters and usually appear in hues of orange.

Like other plants, sapsapon is labeled and prepared differently depending on the place where it is cultivated and consumed.

It is comparable to kulitis and spinach in terms of preparation. Young sapsapon leaves are sautéed, stewed with other vegetables, or served as a salad with a side dish called ‘KBL’—short for kamatis (tomato), bagoong (fish paste), and lasona (shallots).

Sapsapon plants are cooked in varied ways for human consumption in regions like Ilocos, where the plant is also known as labidayan. In Abra, the strong scent of their crushed leaves is traditionally used to treat cough, anemia, and wounds.

According to an Itneg tribal elder, it also promotes healthy sleep and is best consumed in the afternoon or evening.

In Philippine history, this edible weed played a huge part in the survival of many Filipinos during the Japanese occupation. This is why it is also referred to as haphapon, which is derived from the Tagalog word for Japanese: hapon.

Boosting the production of this indigenous vegetable may aid in the country’s fight against food insecurity and poverty, just as it did in the past.

The information above was taken from an online informational material titled, ‘WEEDY VEGETABLES,’ funded and made by the Philippine Council for Agriculture, Aquatic and Natural Resources Development of the Department of Science and Technology (DOST-PCAARRD) and the Institute of Crop Science (ICropS), College of Agriculture and Food Science, University of the Philippines Los Baños (UPLB), respectively.