The Philippines is blessed with a vast number of endemic and indigenous species. It is, in fact, identified as one of the 17 mega-diverse countries on Earth.

To be included on that list, a country must have a rich marine ecosystem and at least 5,000 of the world’s flora as endemic species. The Philippines met both standards.

However, despite its rich biodiversity, many Philippine indigenous vegetables are slowly disappearing, with the use of chemicals being one of the culprits.

As a result, we know little about our very own vegetables and other species, which have long been an important component of our culture and environment.

Rediscovering one vegetable at a time

A project focusing on the documentation and promotion of indigenous vegetables was created by the University of the Philippines Los Baños (UPLB) and the Philippine Council for Agriculture, Aquatic and Natural Resources Research and Development of the Department of Science and Technology (DOST-PCAARRD) to encourage Filipinos to grow and eat more of indigenous vegetables.

The researchers wrote in the UPLB Horizon magazine that despite the importance of these vegetables, many that were once part of traditional farming systems and home gardens are now depleted and underutilized.

As part of the project, they documented and shared information they gathered about these veggies in pamphlets. Here are some indigenous vegetables that deserve more recognition:

Locally referred to as balatong aso or munggo-munggohan, kamantulan is an indigenous veggie that is more considered as a weed than as a food.

This weedy vegetable emits an unpleasant smell when its leaves are damaged. It is best to collect their leaves before their flowering stage when their odor is less offensive.

Kamantulan sold in a public market in Iloilo. (DOST-PCAARRD)

Kamantulan is traditionally used to treat fever and ease convulsion attacks in Bukidnon where it is grown all year.

Locals have noticed that kamantulan is becoming increasingly scarce, particularly in the fields. Many people are also reluctant to consume them due to concerns about chemical residues from corn production.

Red and white bulb onions, as well as lasona, are shallot varieties cultivated in the Philippines that are typically propagated by bulbs.

Lasona is an important culinary item that can be served raw or cooked. It can also be used as a substitute for bulb onion.

In the Ilocos Region, sibuyas Tagalog, or lasona, is a staple ingredient in a condiment that locals call ‘KBL,’ initials for kamatis, bagoong fish, and lasona.

Purslane, or olasiman, is another item that belongs to the weedy vegetable or herb category. Olasiman is usually cultivated as an ornamental, but its leaves are also used as an ingredient in dishes like mungbean soup and fish stew.

This herb is consumed in Bukidnon, Capiz, Davao del Sur, Iloilo, Siquijor, Surigao del Sur, and Zamboanga del Norte. However, they are only available in markets located in Iloilo and Siquijor.

A photo of olasiman grown in Siquijor City, Siquijor. (DOST-PCAARRD)

Tapilan, also known as rice bean, is a short-lived legume planted in the dry uplands, mainly by indigenous tribes. Tapilan seeds are good sources of protein. 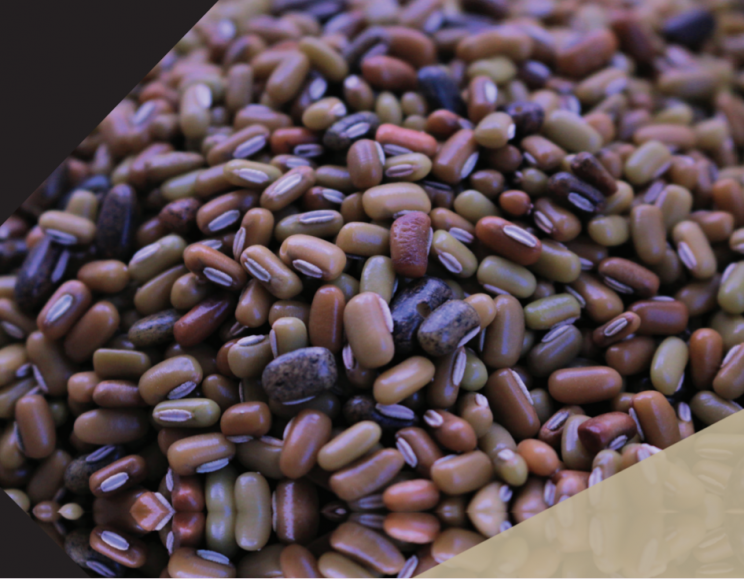 One indigenous crop in the Philippines is tapilan or rice bean. (DOST-PCAARRD)

These areas have different ways to prepare tapilan. In Batangas, for instance, dry seeds of tapilan are steamed with glutinous rice.

Unfortunately, tapilan is only sold in provinces where they are grown or eaten.

The vegetables mentioned above have different functions and cultural importance in areas where they are grown and found. Protecting and amplifying their value will not just help conserve our culture, but can also offer ways to alleviate hunger and poverty in the country.

Photos and information are from DOST-PCAARRD pamphlets no. 10, 17, and 18, titled ‘LASONA GULAY,’ ‘TAPILAN,’ and ‘WEEDY VEGETABLES,’ respectively.

Four farmers who weathered the pandemic through farming

Some tips on how to grow katuray