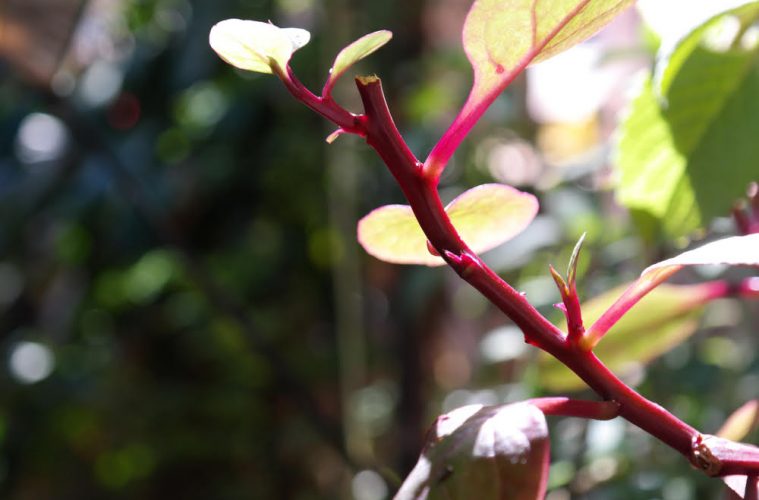 Photo from the multimediajunkie from Shutterstock

A quick guide on how to plant, grow, and harvest alugbati

Spinach is one popular vegetable that people love eating in salads, stews, and more. The vegetables are also well-loved because of their versatility, which is evident in the different species that they come in.

A similar vegetable with the same versatility is the Malabar spinach (Basella alba), locally known as alugbati. The plant can grow several meters long and has a purplish or green stem and heart-shaped leaves. It is found throughout Asia, Africa, and Malaya and cultivated throughout the Philippines as a vegetable for consumption.

Those looking to produce alugbati commercially don’t need to use trellises, but those who have limited garden space can provide their alugbati plants with trellises to maximize the area.

Aside from the sun and soil, alugbati also requires plenty of water for optimal growth. If the weather gets too extreme during the dry season, gardeners can irrigate the plants at five to seven days intervals or via daily sprinkler irrigation. But during the rainy season, the best thing to do is to apply mulch to conserve soil moisture during the dry season and protect the soil during the wet season.

Despite the plant’s preference for water, gardeners should avoid over-irrigating as it can cause the development of foliar diseases and leaching of soil nutrients.

The vegetable is also generally tolerant to pests and diseases, but it can attract insects like leafminers and cutworms, which can be easily managed through regular harvesting. Another pest that frequents alugbati is root-knot nematodes. These can be easily minimized by crop rotation.

By 30 to 45 days, alugbati plants will be ready for harvesting, but gardeners need to note that the vegetable wilts easily after being harvested. A common practice to retain its freshness is by sprinkling the bundles with water or wrapping them in banana leaves.

If alugbati is harvested with its roots intact, the bundles can be kept fresh for up to seven days by placing them in a basin of water.

There are different ways to prepare alugbati for consumption. Many use it as a thickening agent for soups and stews but it can also be eaten boiled, fried in oil, or as a salad. But that’s not the only use for alugbati. The red or purplish dye that comes from its ripe fruit is used as an ingredient in food coloring, inks, and cosmetics.

Alugbati is also used to treat several illnesses. Its cooked roots can be used as a remedy for diarrhea while cooking both its leaves and stem result in a laxative. Meanwhile, the flowers are used as an antidote for poison.

It is also a rich source of soluble fiber that helps with digestion. Other health benefits include fighting off cancer, possessing antioxidants, and being rich in one of the B vitamins that are important for childbearing women that help prevent birth defects.

People who incorporate greens into their diet benefit from the health properties that vegetables have. Alugbati is just one of the affordable and versatile vegetables that Filipinos can consume to improve their health.