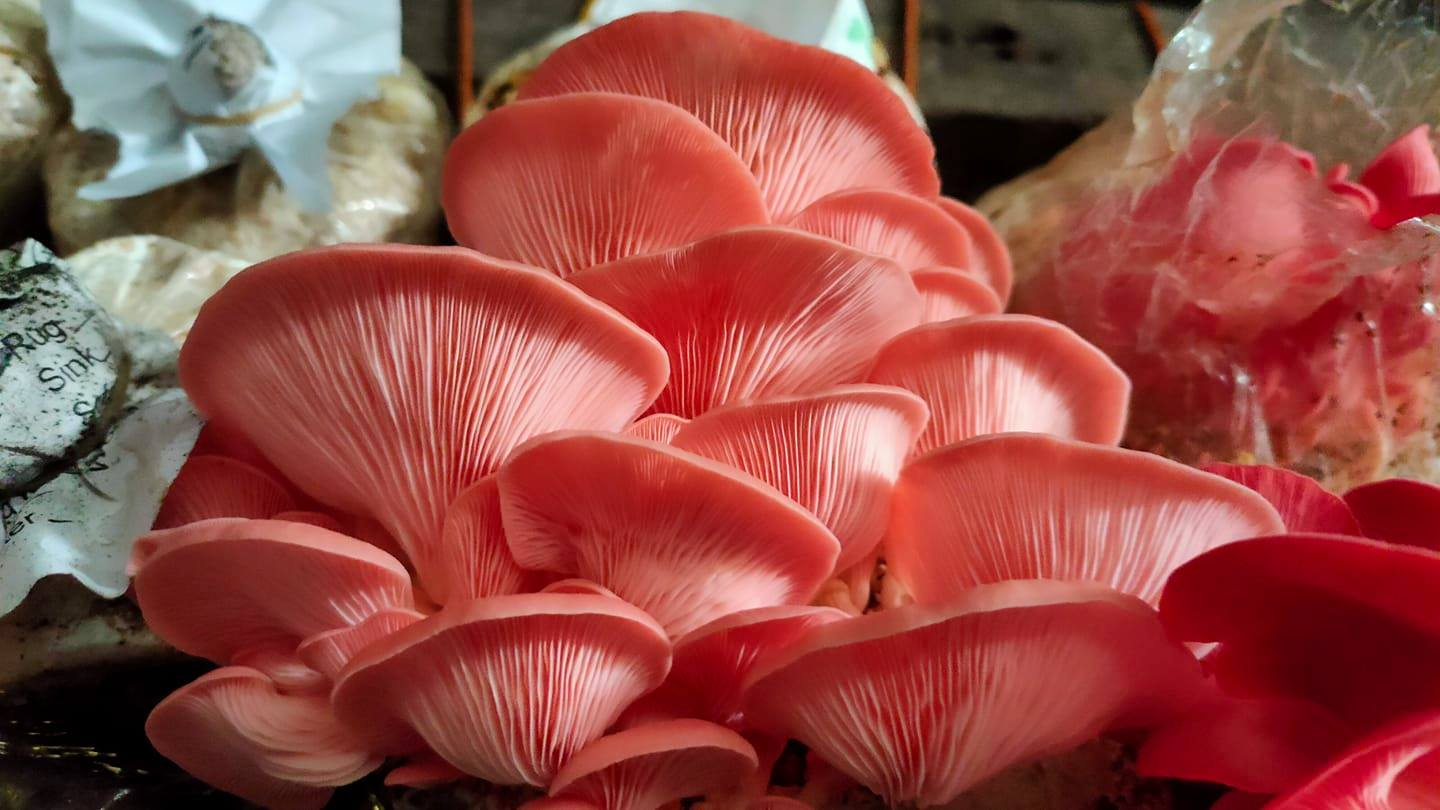 Shawnie Dhale B. Bitso, proprietor of Sanagi Agri Tourism Farm, belongs to a family of mushroom growers and sellers. As a result of his upbringing, Bitso has grown to love and appreciate mushrooms as well.

He further developed a liking for agripreneurship after visiting numerous Learning Sites for Agriculture (LSA). These are farms that have been accredited by the Agriculture Training Institute (ATI) to teach farming skills to small farm owners and employees.

Going all out in mushroom farming

Inspired, Bitso left his position as an account manager in a credit cooperative to try his hand at mushroom production in 2019.

This experience solidified his decision to go full-time in this endeavor. 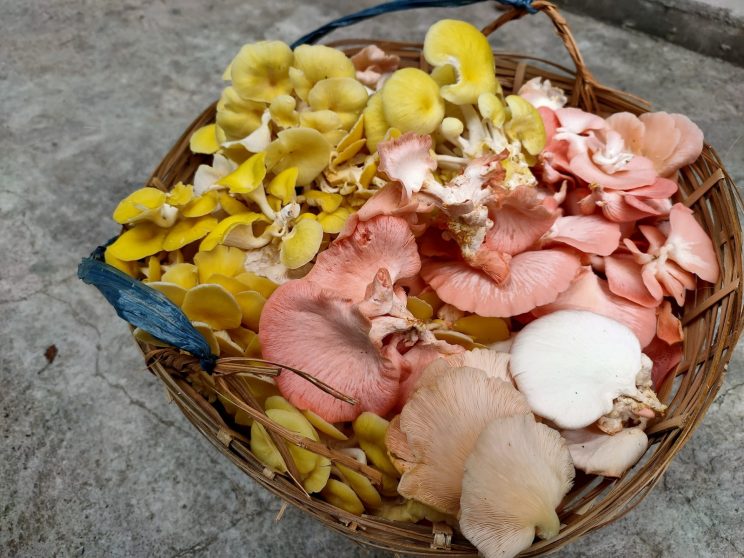 Despite the lack of funds at that time, his parents backed him in continuing the venture, which eventually grew and evolved into a productive farm called Sanagi Agri Tourism Farm.

Within a year of operation, the farm successfully received its certification as an Agricultural Training Institute (ATI)’s LSA. 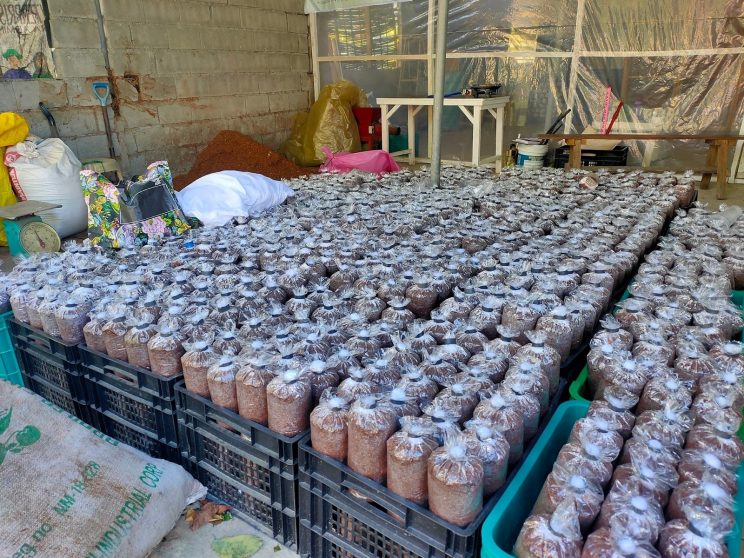 Sanagi Agri Tourism Farm previously had a monthly capacity of 50 mushroom growing kits, but now can accommodate up to 5,000 growing bags.

Going to seminars and training offered by public and private institutions allows Bitso to broaden his horizons and network in agriculture.

When growing mushrooms, Bitso recommends keeping them natural and not resorting to pesticides and synthetic fertilizers.

It takes one and a half months to grow mushrooms. Once they mature, the growing bags consistently produce mushrooms for six months. They need to be replaced with new spawn after that.

The mushroom farmer mists his growing bags twice a day and collects mushrooms daily to prevent spoilage. For every 1000 pieces of mushroom grow kits, he can harvest up to 350 kilos of mushrooms per cycle. 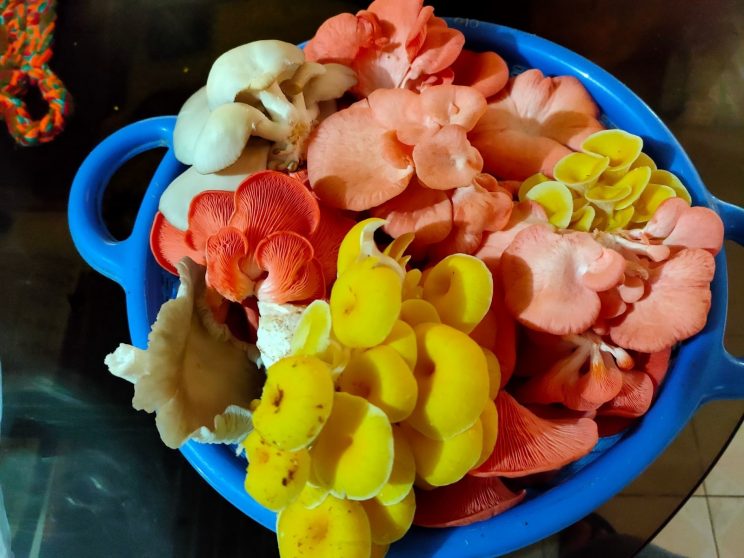 Sanagi Agri Tourism Farm’s mushrooms are available in a variety of colors.

The most challenging part of mushroom production, according to Bitso, is meeting the high market demand coupled with the low availability of raw materials in their area. To manage this, their family accepts pre-orders in order to deliver outstanding service to their new and returning customers.

Coffee, ornamentals, and rabbits also thrive on the farm.

They have pet rabbits like Lionheads as well as rabbits that are raised for their meat, such as Californian, New Zealand, and Palomino breeds.

The rabbits produce five to 11 kits every two months, said Bitso. He also mentioned that not all rabbits provide good meat, which makes certain breeds more suitable as pets.

“We feed them with forage crops like napier grass, sunflower, joyweed, banana leaves, madre de agua, and others that are found here in the mountains of Cordillera. We feed them every morning and afternoon.”

The Bitso family works together in running the farm. Bitso isn’t the only young farmer in Sanagi Agri Tourism Farm; he’s also joined by his two sisters and three cousins who are all from the youth sector. 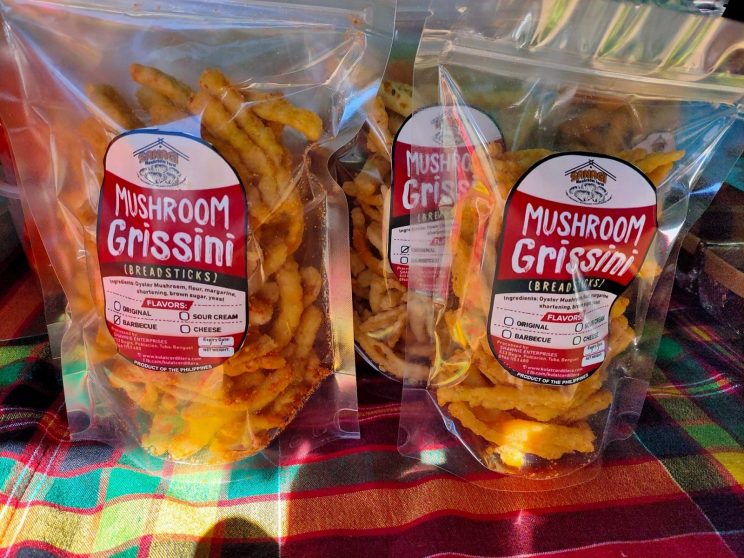 Looking forward, the young agripreneur aims to invite more youth into agriculture and expand the farm for tourism.

These young farmers lead by example in championing natural farming