The baby rubber plant (Peperomia Obtusifolia) may be the unofficial lucky plant for the Year of the Water Tiger, but it’s hardly the only plant out there associated with opportunity.

READ: Peperomia Obtusifolia: the lucky plant for the Year of the Water Tiger

Here are 12 other plants associated with luck—one for each month of the year.

Money tree. Part of the money tree’s (Pachira aquatica) popularity stems from the unique ways it’s been marketed. Aside from the regular one trunk mini tree, it also comes in the form of five or eight plants twisted together to form one tree. Eight is a lucky number to the Chinese and Japanese, while five represents feng shui’s five elements: earth, air, fire, water, and metal. Money trees can have either green or variegated leaves, but both require the same quality of care and cultivation. It is easy to care for and can be propagated through grafting.

Lucky bamboo. Lucky bamboo (Dracaena sanderiana), also called the corn plant, isn’t actually bamboo or corn at all. It’s considered lucky because it’s very sturdy. It can thrive outdoors or indoors, with regular soil or just pebbles, or just water. It can be manipulated to achieve certain forms. It can be braided together, for example. It’s also very flexible and it doesn’t require too much attention.

Ti plant. The ti plant (Cordyline fruticosa), locally known as tungkod pare, is a very colorful plant. The lucky aspect of the ti plant, aside from its broad leaves and the flamboyance of its bold purplish-green colors, is that it has medicinal properties. It plays a prominent part in traditional religions of Southeast Asian, Austronesian, and Papuan peoples. It has a very broad appeal not just for its color, but also for the mysticism tied to it. It is best grown outdoors under full sun.

Prayer plant. Even though the prayer plant (Maranta leuconeura) was last year’s lucky plant, it doesn’t mean it’s less lucky this year. Like the tiger, it has striped patterns, particularly the tiger calathea, which is very apt for the tiger year. The plant has broad leaves and is not difficult to take care of. In fact, it likes to be left alone, as long as it is given sufficient sunlight and water.

Five finger plant. The five fingers plant (Schefflera Odorata), also known as the dwarf umbrella tree, gets its name from its compound leaves, which is usually split into five segments. There’s a belief that finding a leaf with six fingers is considered lucky, much like finding a four leaf clover. Buddha’s fingers, another kind of schefflera, have compound leaves that are split into six or seven, and finding an eight-segment leaf is considered a sign of luck. Five finger plants are easy to care for. There are small varieties that are suitable for keeping inside small spaces such as condominiums, though originally, the non-dwarf varieties can be used as canopy.

Snake plant. Sansevieria is known by many names such as snake plant and mother-in-law’s tongue, but it’s become common enough to be known by its scientific name. This sharp-leafed plant has many qualities that are associated with luck. It is hardy, easy to care for, and persistent. Some saneverias have been known to break their pots! Of course, you don’t want your pot to be broken, but if you look at it from the context of something that literally grows out of the box, then sansevieria is it. It also produces lots of pups, and produces fragrant blooms.

Aglaonema. The local name for it is “la suerte,” which explains its link to luck. Of course, if a plant has the name “la suerte,” it never goes out of fashion. It’s always in vogue. The leaves are lush, colorful, and persistent. 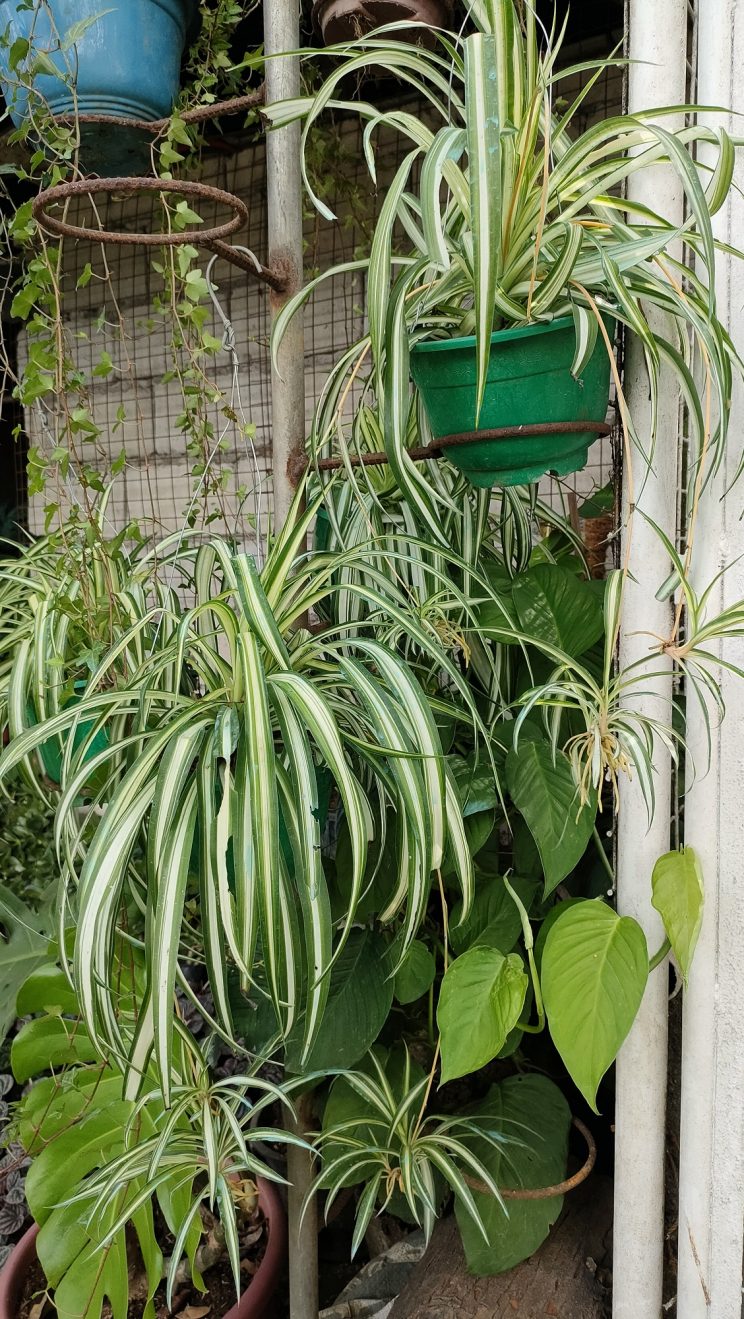 Peace lily. Peace lilies (Spathiphyllum) produce immaculate white flowers. But even without the flowers, their long-lasting, shiny, and thick leaves are very lush. It flowers during the colder months of the year, around November to January. 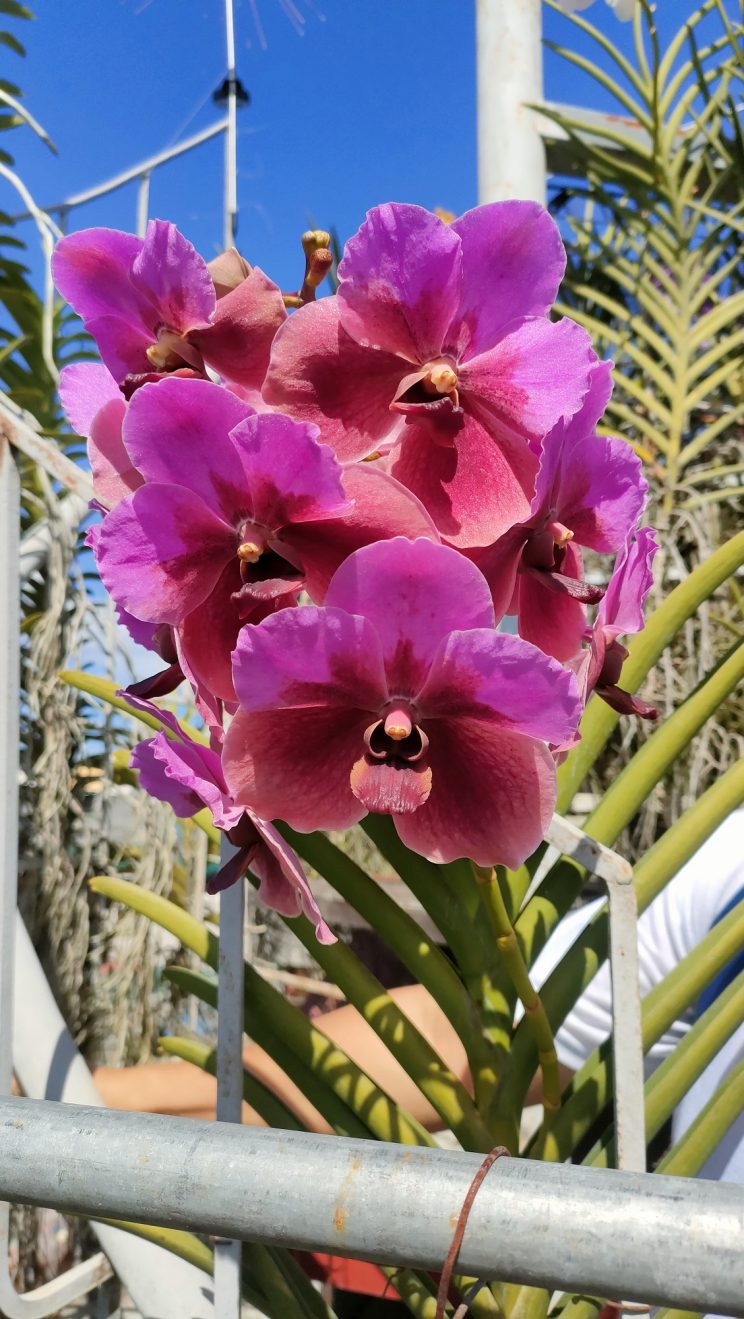 Orchids. Why are orchids (Orchidaceae) considered lucky? The positive quality that’s attached to it is the bountiful flowers orchids produce after being given proper care because, let’s face it, orchids aren’t as floriferous as most plants. So when a grower gets their orchid to flower, they feel a sense of fulfillment and are rewarded with a profusion of colors and long-lasting blooms, in the same way that one is rewarded both internally and externally after working hard to fulfill a goal. 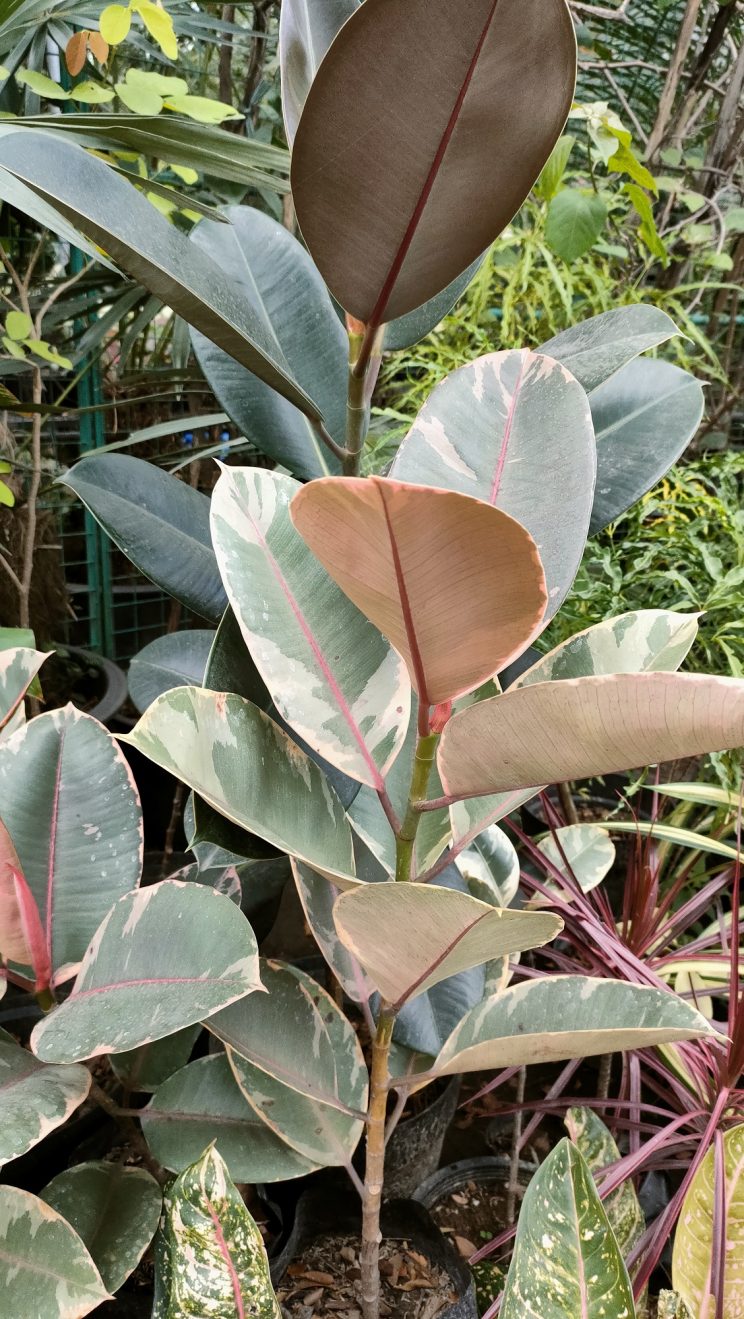 Rubber tree plant. The rubber tree, or rubber fig (Ficus elastica), is also considered lucky for many reasons. It’s sturdy, with leaves that are big, broad, shiny, and colorful. The plant is nice to look at and easy to care for. When choosing a rubber plant, pick one whose leaves start from its base, as this means the plant is healthy. 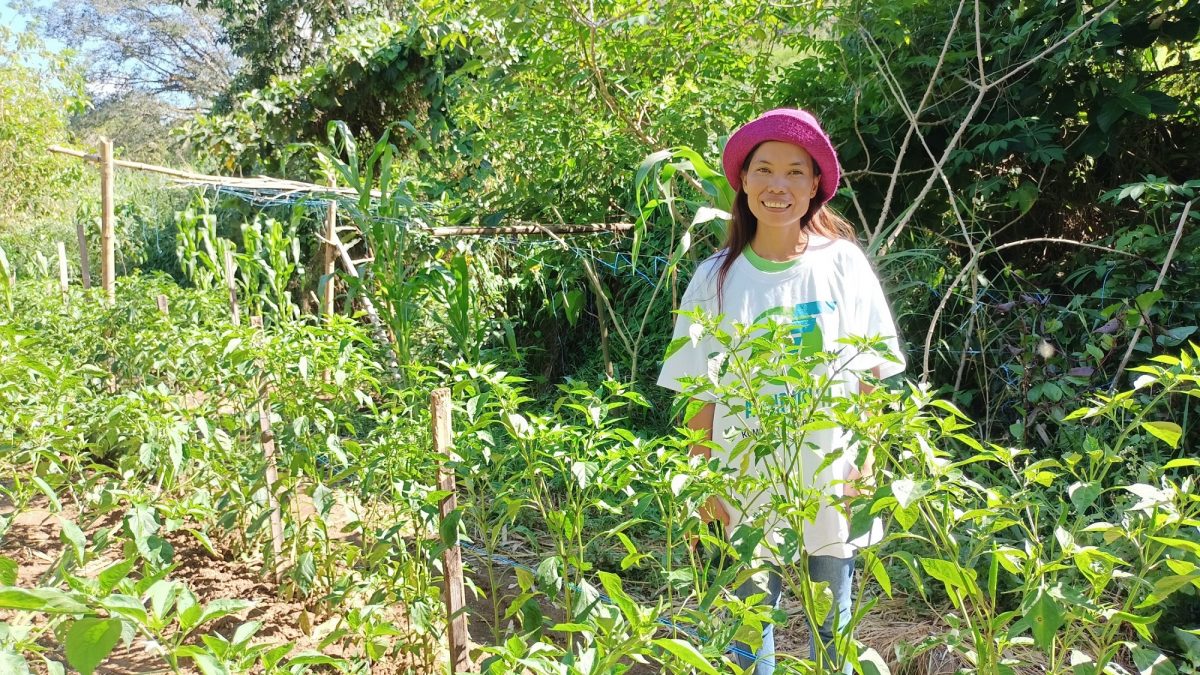