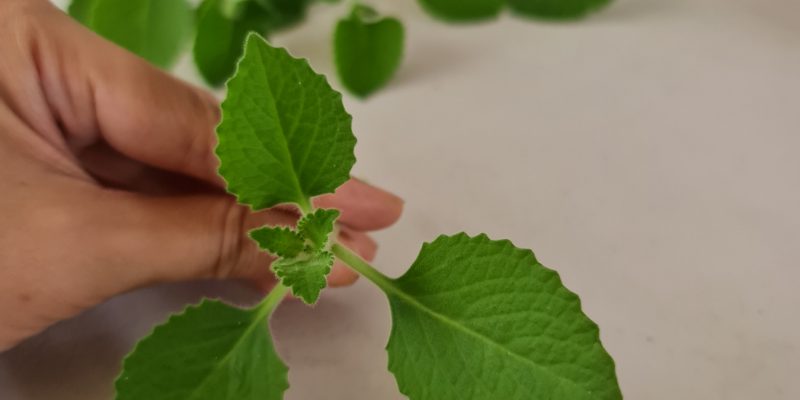 The pandemic made Roselynn Jane Villa pause her gardening activities, but her oregano plant survived, ushering in the ‘reopening’ of her garden.

The pandemic made me pause my gardening activities but the oregano survived and today it is ushering in the ‘reopening’ of my garden.

I started allotting a small space in our balcony to start an urban garden back in 2016. I said I wanted some fresh herbs within arms length whenever I would need some for drinks and the occasional pasta. Villa initially began cultivating plants in her rooftop garden in 2016 so she could have access to fresh herbs for drinks and pasta.

My first herb plants were the rosemary, Italian oregano, Swiss mint, lemon balm, and stevia seedlings that I got from the Legazpi Sunday Market. I called them the Fellowship of the Herbs. About two weeks later, my friend would give me a cutting of native oregano and I would launch into a research of how that differed from the Italian oregano.

The original Fellowship all died before their time. Every year, I would add new plants to my garden – tomatoes, jalapenos, different basil and mint varieties, insulin, kamias, citrus seedlings, and many others, to see what would grow in this part of Manila. I would have success in growing and harvesting jalapenos, but not in other fruiting plants like eggplants, tomatoes, beans, and peas. Basil would grow enough to be used in cooking and baking, but I didn’t have much success with mints and other The pandemic made Roselynn Jane Villa pause her gardening activities, but her oregano plant survived, ushering in the ‘reopening’ of her garden.

And when lockdown happened, I slowly lost the will to take care of the garden. I abandoned it for many months, and left my plants to die. When some plants got sick, I got even more discouraged and did not want anything to do with them.

In August 2021, I somehow got fresh wind to start again. The original native oregano, which I planted in a small windowsill pot, was somehow still alive. Its main stem had gotten woody, but it had new stems with new leaves and even flowers! I made a cutting and rooted it in water even though it can grow by directly sticking the stem into the soil.

That which we call oregano comes with many names. From Handy Pocket Guide to Tropical Herbs & Spices, a book I got in the airport in Kota Kinabalu, I found that its name was Indian borage because it was thought to be native to India, and is not the same family as the Italian Oregano at all. It is called Daun bangun-bangun in Malaysia, Daun kucing and daun kambing in Indonesia, five-in-one in Australia, and broad-leaf thyme in the West Indies. Google searches will also say it’s Cuban oregano or Mexican mint. I’ve always called it Cuban oregano until I got this book and I’ve been referring to it as Indian borage ever since. Villa’s oregano turned out to be Indian borage, which is different from the more familiar Italian oregano.

As of this writing, I have nine new pots of Indian borage apart from the original one, with five cuttings rooting in water while I decide what to do with them. It has been and continues to be my most recommended starter plant for any plaunts and pluncles, newbie or seasoned. Let me count the whys:

PCAARRD’s campaign boosts awareness on the science of food production

PCAARRD to highlight GALING program accomplishments in an online series