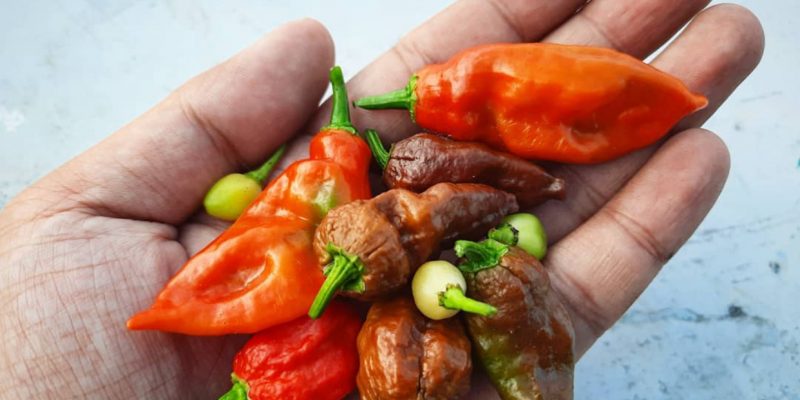 When employers implemented a work-from-home policy in response to COVID-19 in 2020, Janssen M. Martinez, 29, a policy analyst in an NGO for climate change and energy policy, was one of those who were assigned to work remotely.

By working from home, he found spare time to try new hobbies and do other activities around the household. He is one of the urban residents who dabbled in gardening during the pandemic.

“The roof deck of our condominium building was underutilized for a long time but is still filled with the ‘laundry cages’ that were once used by tenants to dry their clothes before the cheap laundry shop era.” He adds, “So, I had the idea of using our unit’s laundry cage to start a garden for my plants since the roof deck had good sunlight exposure all-day long.” 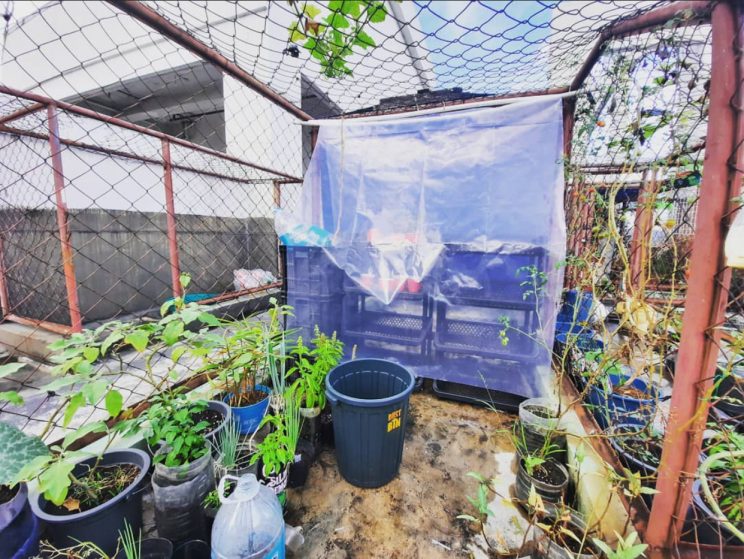 This is a small section of Martinez’s garden. He covered a part of it and transformed it into a mini nursery for strawberry seedlings.

His fondness for spicy food piqued his interest in cultivating chili peppers on the roof deck of his Quezon City condo.

In his first year of gardening, he only had “a few bags of bad quality soil and repurposed pails (since pails are cheaper than most plastic pots).” After a few failed attempts, he eventually succeeded and developed the skill of growing chili peppers.

His garden has grown over the past few years and it now spans three laundry cages, with 95 percent of plants devoted to chili pepper varieties from all over the world. 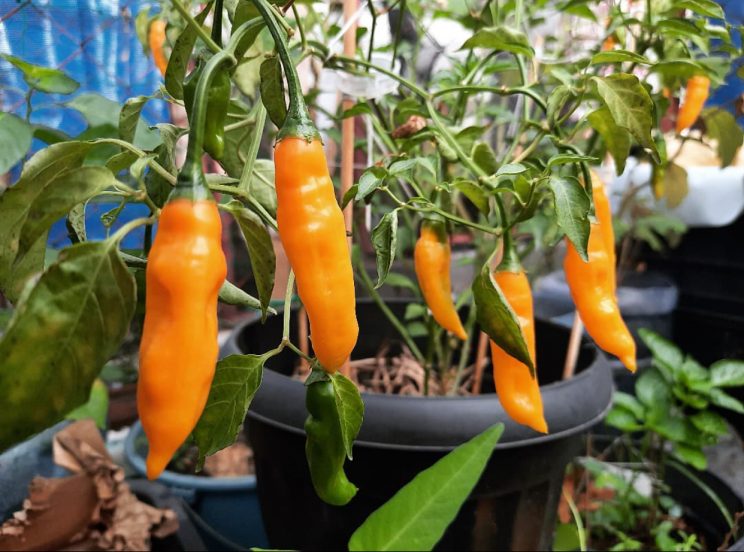 Now in his second year, he has also leveraged this hobby into a side hustle by launching Red Cup Nursery PH, an online shop where he sells peppers, heirloom tomato seeds from overseas, seeds and seedlings from his garden, among other gardening supplies.

Martinez noticed that the Philippine chili industry is “saturated with either F1 Hybrid peppers [that has a sweet taste] or super hot chilies such as Carolina Reaper that only a select [group of people] can consume.”

Keeping this in mind, he hopes to fill the gap by introducing mild peppers to more consumers and chili growers so they can reproduce them on a commercial scale. 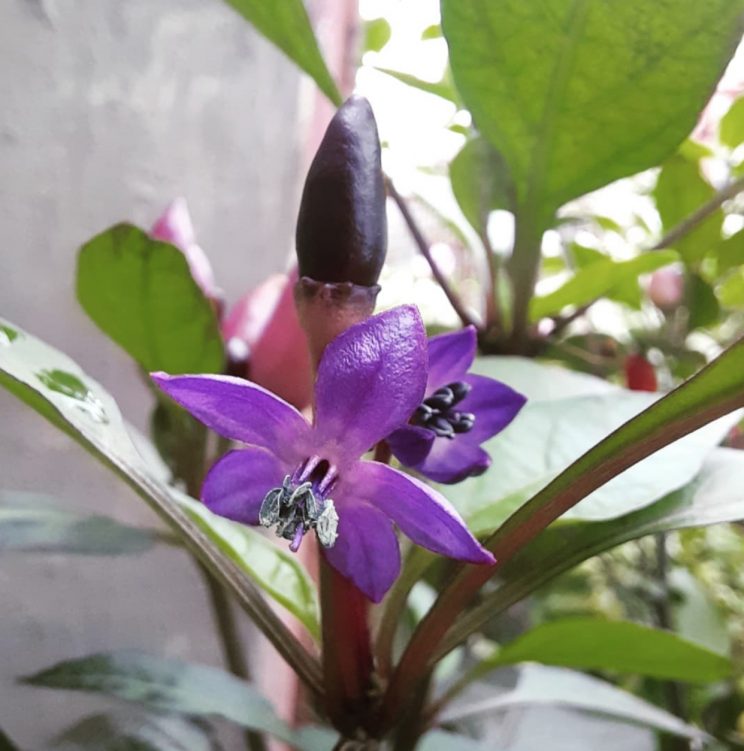 This is Peruvian Purple pepper, which according to the chili grower, turns red when mature.

The urban gardener’s present goal is to plant imported chili pepper varieties he has acquired so far, acclimatize them to the local climate, and provide seeds to chili farmers he will meet around the country.

He says that in the long run, his ambition is for the local chili pepper community to cater to a bigger and more diverse consumer market by offering chili products made from mild to spicy or super hot chilies, which he intends to achieve through the fruits of his garden and agribusiness. 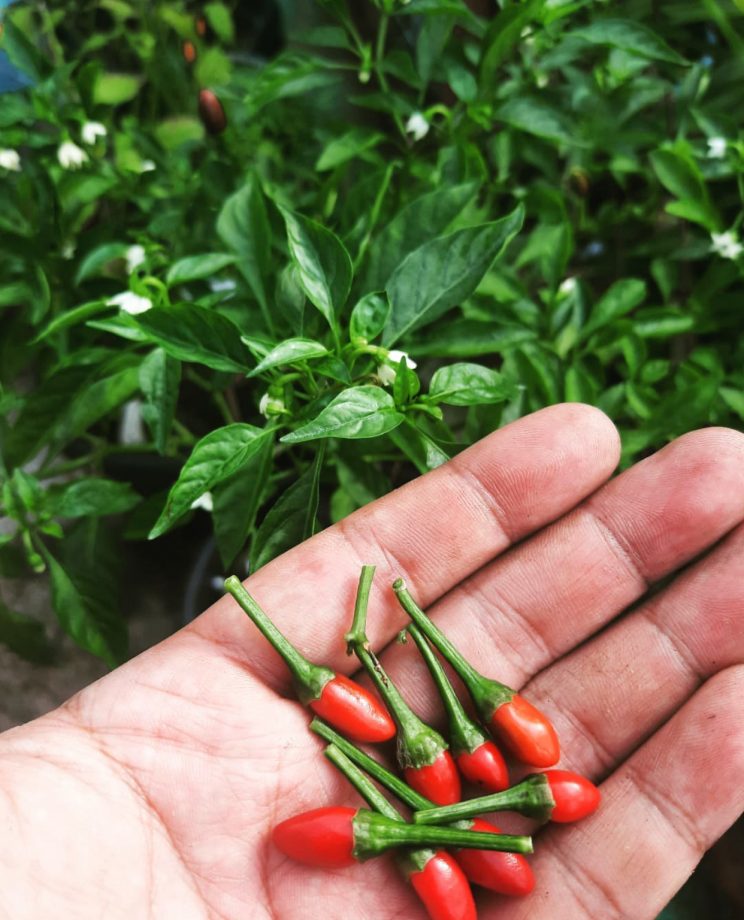 Martinez has already influenced some of his neighbors into growing plants and has formed a small gardening community within his residence’s building.

“I have gardener-neighbors who have also converted their cages into gardens. There are now five of us actively caring for gardens and [we] call ourselves the Deck Gardeners or DGs for short.”

Aside from his full-time employment at an NGO, he is also an entrepreneur who operates and co-owns a few food enterprises, namely Galing Lokal, which sells Pinoy food products, and Lang Coffee.

Despite his work and business commitments, he makes it a point to tend to his urban garden twice a day—in the morning and evening. 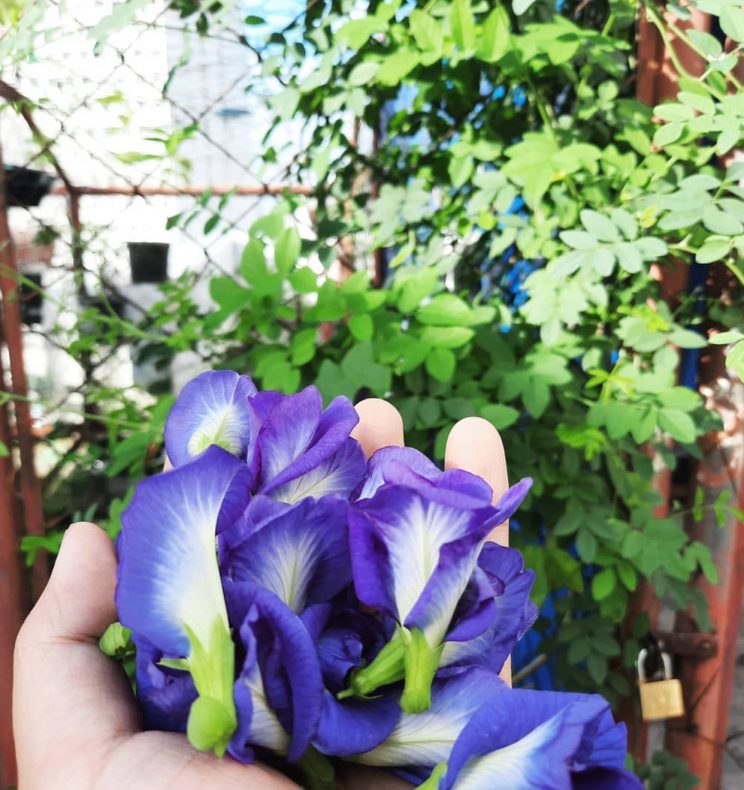 This employee-entrepreneur is among those who developed a passion for gardening amid the pandemic. Through the availability of space and time that was offered to him, he was able to have a hobby and a secondary source of income.

Read the continuation of this article where Martinez shared 6 Tips for growing chili peppers in an urban garden.

Farming is not a get rich quick scheme