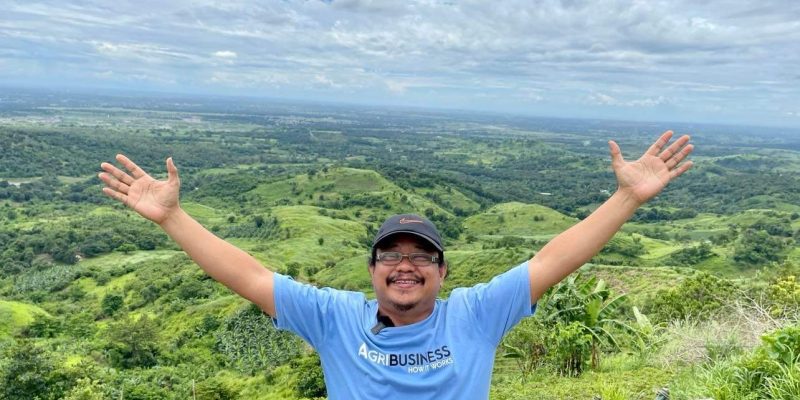 “Do you know the feeling of being able to share information and help people and what’s great is that you also earn from it? Where can you find that kind of business?” - Buddy Gancenia

If you had told Buddy Gancenia 10 years ago that he would be hosting his own agriculture vlog, the man now known as “Mr. Agribusiness” would have thought that was impossible. Now, his YouTube channel, “Agribusiness How It Works,” has almost 800,000 subscribers, with some videos reaching almost two Million views.

“We want [viewers] to be inspired. That’s why we [feature] a lot of success stories in farming and agribusiness,” Gancencia says in Tagalog. “We have a lot of instructional videos for [the audience] to try farming and our slogan is ‘instruct, inspire, and succeed.’”

He particularly focuses on “succeed,” which emphasizes the business mindset when running a farm. “It would be a waste if you inspired people and gave them instructions on [how to farm] but at the end of the day, they don’t have a market,” he says. “That’s the reason why we discuss a lot of marketing aspects as well.”

A career in TV and video

You could say that Gancenia’s past career was preparation for his current occupation. His first job was as a line producer for “Agri Siete,” an agriculture show hosted by Bert Marcelo that aired on GMA 7 in 1991. “The reason I understand how agriculture works is because of that show.”

When the show ended, Gancenia transferred to ABS CBN, where he worked as a video editor for more than a decade. He worked on different genres, including the talk show “Sharon,” variety show “ASAP,” game show “Game Ka Na Ba,” reality show “Pinoy Big Brother,” and current affairs show “Kumikitang Kabuhayan.” “I got typecasted to do talk shows and reality shows, ” he says. “I apply the same principles to my vlog posts, which is why they’re unique.”

He left his job as a video editor to try his luck as an entrepreneur. He worked on wedding videos and corporate videos, until he found himself working once again on “Agribusiness,” an agriculture show that aired for three seasons on ABS-CBN Sports and Action, this time as a producer. This was when he also began posting videos on YouTube, which at that time didn’t have a monetization model it does now. “I posted videos hoping to find a business model sooner or later, but I didn’t know how that was going to happen,” Gancenia admits. “After the show ended, I decided to focus on YouTube. YouTube had just started giving [monetary] shares to creators.”

His instincts paid off, and he has been making a decent living as a YouTube creator ever since. “I’m encouraged to continue this because I get a passive income.” 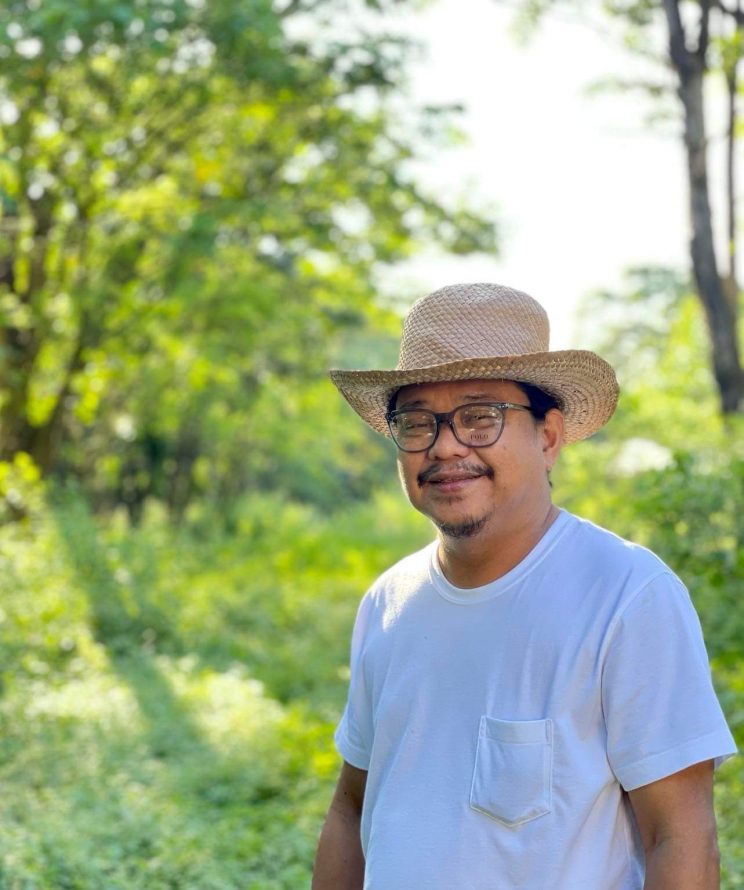 Agriculture influencer Buddy Gancenia uses the skills he gained in his decades in television on his highly popular YouTube channel.

From producer to talent

Gancenia is a one-man team. His experience in both production and post production means that he applies broadcast-level discipline and execution to each video he publishes on his channel. “It’s a one-man team. It’s funny because I’ve become a host,” he says.

The shy and soft-spoken Gancenia made the decision to go on camera because he wanted to be able to produce videos fast and within a given budget. He started hosting his own YouTube videos in November 2020, a move which has seen his subscribers increase from 200,000 to its current 772,000. A secret, aside from broadcast-quality production, is “Because I publish every day.”

Or at least he tries to, given the internet situation in the country, especially when he has to upload from what is sometimes a literal field.

It’s an understatement to say that Gancenia loves his work. “It’s great because you get to meet a lot of people. Every story means meeting someone new, and sometimes becoming friends,” he says, adding that a community has grown around the channel, where everyone shares knowledge and experiences. “I share information but I’m also learning, and my business skills are refreshed.”

As with other influencers, Gancenia has been recognized by viewers in public. “I didn’t expect this,” he says, adding that he just wanted to be able to produce videos at the speed that he was used to when he was still in broadcasting.

His various roles in broadcast media have served him very well in his current venture. “It’s an advantage because logging is the most basic form of video production,” he says. “And broadcast media has many rules, but in vlogging, you can violate those rules. Anything goes.”

Gancenia’s channel follows the magazine show format, with each episode running for more than an hour. “It’s storytelling,” he says. “I adopted the principle of Pinoy Big Brother, where the camera is rolling for 24 hours to produce a one hour episode. It’s a process of eliminating unnecessary scenes so that one episode is packed with excitement.”

A growing viewership also meant that he now gets suggestions on who to feature from his audience as well. It’s also come to the point where a chunk of the people he features got their inspiration to farm from watching his channel. “I don’t pick. Whether they’re big time or a startup, rich or poor, whether they’re a newbie or have been farming for a long time, each farmer has a story that the audience can relate to.” 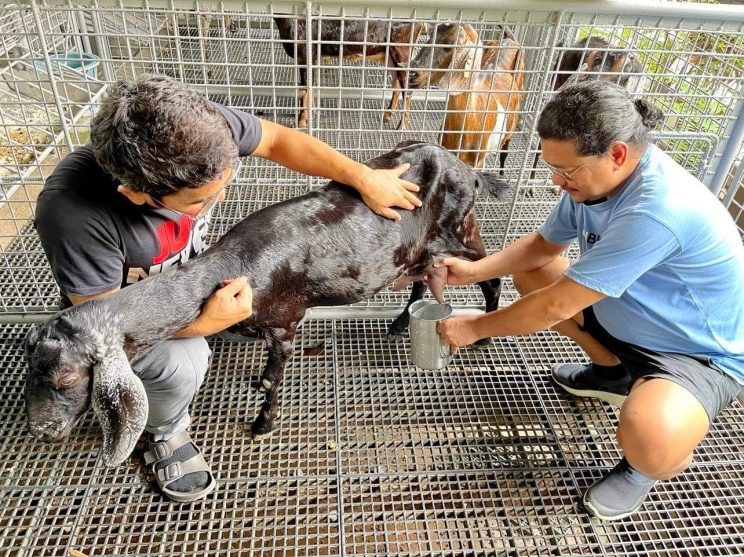 Gancenia milks a goat during a farm visit.

A focus on the farm business

Aside from featuring the farm and the story behind its growth, Gancnia leans into the “agribusiness” part of his channel’s name and focuses on the business aspect of running a successful farm. This is because early in his career, he came across a lot of farmers who expressed concern on where and how they could sell their produce, which is why he makes sure to ask his interviewees how they overcame their sales and marketing concerns.

“I always say that farming isn’t just farming; it’s really a business, so you have to learn [the ropes],” he says. Discussions can go as technical as whether one wants to sell to consumers, distributors, or a trading post.

He stresses that the common refrain of “we have no one to sell to” or “we’re losing money because of low prices” usually don’t have to be the case. “You need to exert effort. Add a little bit of work on your end so you can earn more.”

Gancenia is more than just a YouTuber. He also has several agriculture-based businesses as well as a small farm. There is Online Palengke, which, as its name says, is an online marketplace that offers fresh produce, usually directly from partner farmers. “[Customers] order and we deliver the next day,” Gancania says. “Why the next day? Because they’re newly harvested vegetables.” They also have a meal kit business in the marketplace section of a popular rideshare app. “[For when] you want to cook, but you don’t want to prepare,” Gancenia says, adding that while they currently supply Makati and Quezon City, “If the turnout is nice, we plan to establish more branches in the Metro.”

The Gancenias are also developing a 3.5 hectare integrated farm in Tanay, Rizal. It’s main objective is to be a model farm that Gancenia can showcase on his channel. “I’m positive because no matter what happens, whether it flies or flops, I can share everything and [my viewers] can learn from it.”

Though it’s not a “hard core” natual farm, Gancenia will be growing crops that don’t need a lot of input such as malunggay, gabi, and kamote, both of which can be planted once but will keep bearing leaves and fruit and tubers respectively. He also plans to grow vegetables that sell well on Online Palengke. “It’s linked to what I tell people that before you farm, you have to have a market. You should know where to bring your products so you don’t lose money,” he says. 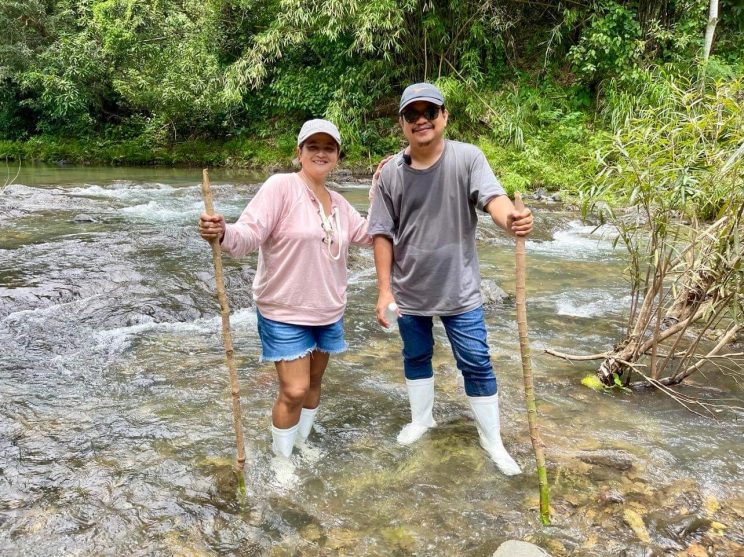 Buddy and Cathy on their new farmland, which he plans to develop into a model farm than can be used on his show.

All in the family

The different endeavors have become a family business, with Gancenia’s wife and two older daughters helping with the business side of things. His youngest daughter is still studying, but “she has to watch the store when she has no classes.” “We’re literally together 24/7,” Gancenia says.

His getting his children involved in agribusiness is the opposite of what many farmers are doing, which is to make sure that their kids get a job in the city so they don’t have to experience the hardship of farming. “Why hardship? Because they don’t make money. Why don’t they make money? Because they have a marketing problem,” Gancenia says. “They have skills. They know how to farm. But they have a problem with marketing and selling [their goods].”

It’s no secret that there are less and less people willing to till the fields. It’s a concern that worries a lot of people for many reasons that include economic and food insecurity. Gancenia thinks this can be reversed if people see that farming can be lucrative when done properly. “If we educate [the public about how] farmers can get rich, that they can earn millions, many will see the potential and that it’s not all hardship,” he says. “If everyone would realize how much you can make as a farmer if you [cultivate] and market your produce right, I’m sure we wouldn’t have a problem about the next generation of farmers.”

Getting paid to do what he loves

Gancenia is one of a growing number of people who have found a way to get paid highly to do what he loves. “What’s nice is I get to do what I love, which is related to video production,” he says. “I’ve gone through many businesses but in the end, the one that makes the most money is the one based on my skills [as a video editor], it just so happens that I’ve concentrated on agriculture.” 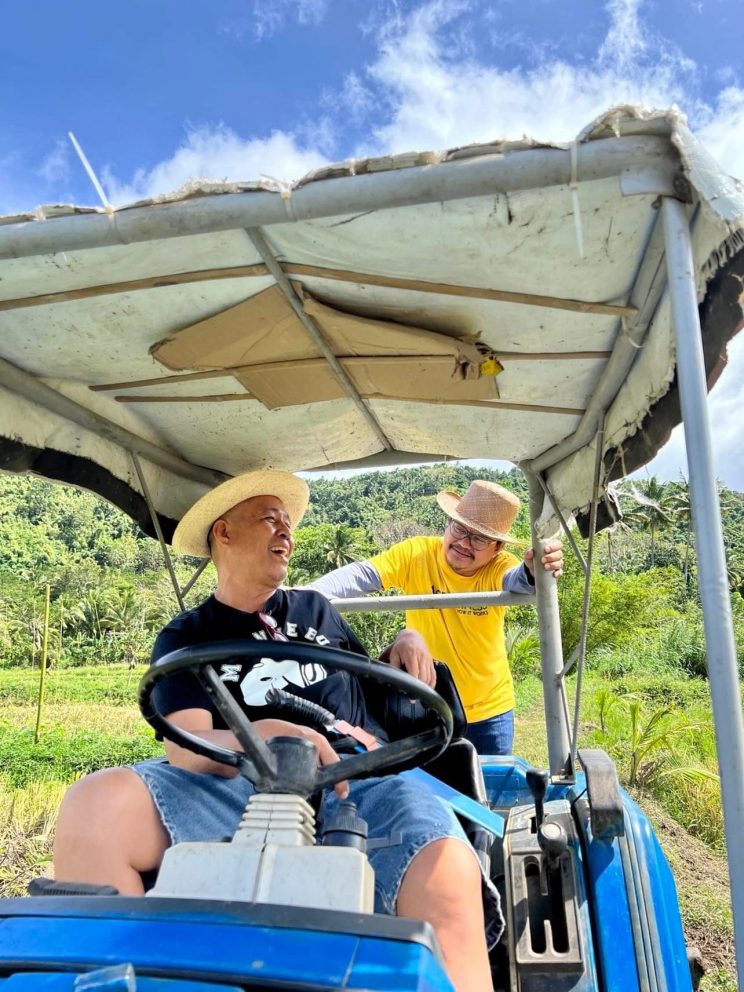 Gancenia loves meeting new people and learning from their experiences.

He didn’t know it, but it was his very first job that would plant the seeds of what would eventually become his most successful business, one that continues to grow. Gancenia hopes to produce content for more YouTube channels which will also cater to Filipino knowledge and learning. He acknowledges that he’s been very blessed, and wants to share what he’s learned with as many people as he can.

“Do you know the feeling of being able to share information and help people and what’s great is that you also earn from it? Where can you find that kind of business?”

4 women farmers who are breaking gender stereotypes in agriculture