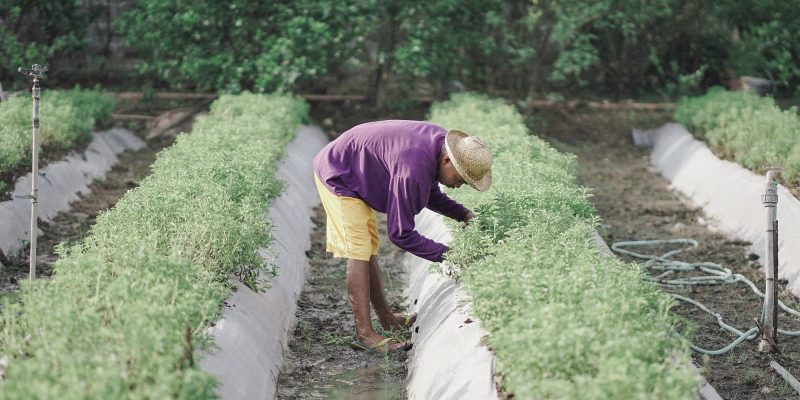 A conversation with her father pushed de Leon to keep pursuing her dream of running a successful stevia farm.

Stevia is a natural sweetener derived from the stevia plant (Stevia rebaudiana). Hailing from Brazil and Paraguay, stevia has been used to sweeten food and drink since the 16th century. It is currently gaining popularity as a sugar substitute due to its low calorie and carbohydrate content.

In the Philippines, stevia is often seen as a specialty health food, accessible only to those with disposable income. But one farm aims to take stevia to the mainstream by making it affordable and developing household staples that incorporate this diabetic-friendly sweetener.

Glorious Industrial and Development Corporation (GIDC), the company that runs Karilagan Stevia Farm in Bulacan, was established in 2004, two years after the farm started.

Maura David de Leon, GIDC’s President and CEO, decided to start a stevia farm after her eldest sister suffered a stroke. Already a businesswoman, de Leon wondered if she could start a business selling health products. A doctor friend introduced her to stevia. Since de Leon came from a rice farming family, the idea of starting a farm interested her.

De Leon is no stranger to commerce. She started an embroidery company when she was 28 years old, taking advantage of Bulacan’s popularity as an embroidery hub. The company closed 15 years later, unable to compete with cheap Chinese imports, even if they sometimes were of questionable quality. She then ventured into the chemical business, eventually producing home and bath products for a house brand of a nationwide grocery chain. 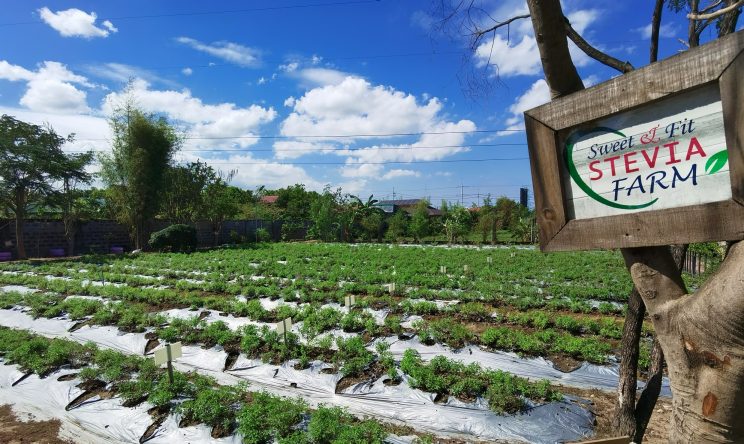 Maura David de Leon, GIDC’s President and CEO, decided to start a stevia farm after her eldest sister suffered a stroke. A doctor friend introduced her to stevia. Since de Leon came from a rice farming family, the idea of starting a farm interested her.

Karilagan Stevia Farm measures about five hectares spread across five farms, three in Pandi and two in Bocaue, Bulacan, not including a property in Nueva Ecija ready to be planted.

When they started their model farm in Bocaue, they tried planting stevia sourced from different farms both local and overseas, but eventually settled on a variety from Paraguay, which they acclimatized then had certified by the Bureau of Plant Industry. “It’s like taking care of a child,” de Leon says in tagalog, “If the child is hungry, it cries. If the stevia plants] go hungry, they wilt. If they gets too much water, they wilt. If they get too much sun, they wilt. We had to keep experimenting [on how to care for it].”

It took four years of constant experimentation. De Leon almost gave up, until a conversation with her father renewed her resolve to go on. When she told him that she was giving up, her father pointed to a painting that she had given him of a farmer and his carabao in the field. He said, “Look, the carabao is fatter than the farmer.” De Leon says that this statement made her decide to not give up on her goal of operating a stevia farm that employs local farmers.

Karilagan Stevia Farm uses natural farming practices. De Leon says they had plans for organic certification, but these were put on hold because of the pandemic. They produce their own fertilizer from farm waste, supplemented by cow dung, vermicompost, and other organic material that they purchase from trusted farms in Pangasinan. 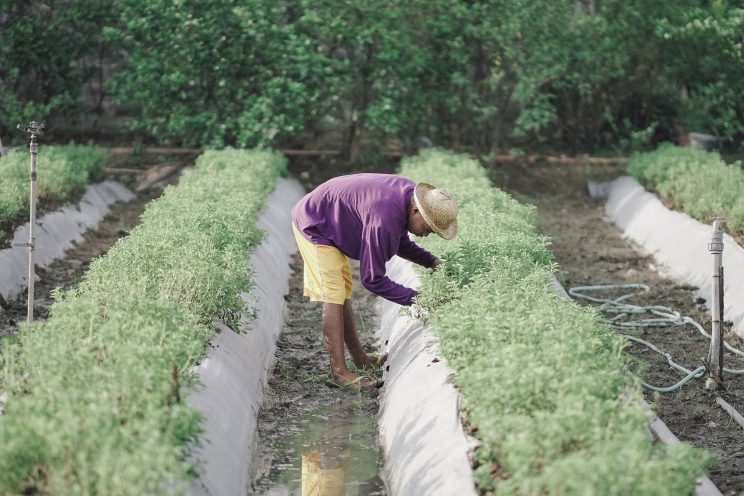 A conversation with her father pushed de Leon to keep pursuing her dream of running a successful stevia farm.

GIDC has about 200 employees, including farming families that amount to about 30 working individuals, in both its farm and manufacturing enterprises. GIDC manufactures its own products and offers toll manufacturing services for companies who use stevia in their products.

“[Research and development] was the most expensive,” de Leon reveals. But it has been paying off. GIDC offers an array of products that include individually packed stevia sweeteners (distributed under the Sweet n’ Fit Stevia beans) and stevia-sweetened instant iced tea, coffee, and hot chocolate. “Imagine, one family drinks one liter [of iced tea] and the usual grammage of sugar is 50g per liter but with stevia, it’s just four or five grams,” she says.  Aside from the previously  mentioned, the brand also carries malunggay coffee, brown rice coffee, and stevia tea.

Stevia powder can also be a food enhancer, which is why GIDC has also been developing stevia-sweetened pastries, and are currently trying to incorporate it into savory dishes.

The products are manufactured on site in a plant next to the model farm, which was set up with assistance from the Department of Science and Technology (DOST). They are especially proud of their spray dryer, which turns stevia liquid extract into powder. “It took us eight years to get an FDA CPR (Food and Drug Administration Certificate of Product Registration),” de Leon says. Their perseverance paid off. Sweet n’ Fit Stevia is the first local commercial stevia brand approved by the FDA.

Getting customers to try what was then a new product was another challenge. De Leon says that the real reason GIDC carries so many products is because nobody knew what stevia was and were thus hesitant to use it, so she decided to make her own products, using mostly local ingredients, to prove them wrong. This was how the Glorious Blends brand was born. De Leon is especially proud of their 3-in-1 coffee, which contains either 14 or 21 grams of coffee and no sugar.

They had more luck with institutions, with the Philippine Heart Center and the Manila Hotel being two of their first clients. “A dietician in the Hearth Center knew what stevia was and vouched for us, so all the other hospitals would call him for verification,” de Leon says. “And once [potential clients] heard we were in Manila Hotel, [it was easier for them to say yes].”

Brands that currently source their stevia from GDICS include Duche chocolate, Lily’s Peanut Butter, and Better Than Ice Cream.

De Leon admits that part of the reason developing the farm and products was difficult was because she treated it like a hobby instead of a business.

The businesswoman adds that none of her plans for the stevia farm would have been possible without the support of her husband and children. She admits that part of the reason developing the farm and products was difficult was because she treated it like a hobby instead of a business. This changed when her children stepped in to help her run it. Each of her five children play a role in running the business alongside with their own personal endeavors. Now, the enterprise has become profitable. “I just have to follow what [my children] say,” she jokes.

The model farm now also has a Filipino-themed events pavilion, complete with a bahay na bato, the traditional colonial stone house, that can be rented for celebrations.

Part of the farm’s proceeds goes to a fund used to support scholars, many of whom have graduated as professionals, as well as used to help marginalized individuals and communities and disaster-affected areas.

De Leon hopes to be able to make Glorious Blend a local mainstream brand and export it as well. She also hopes that more local brands will consider using stevia as a natural sweetener.

From the very beginning, starting the farm has always been about helping people and to this day, it’s still what de Leon enjoys most about her job. “[I love that I am able to] touch lives,” she says. “When [the people we’ve helped] ask how they can repay us, I tell them to just pass it on.”

Kids Who Farm: Cultivating the next-generation of food producers, one seed at a time