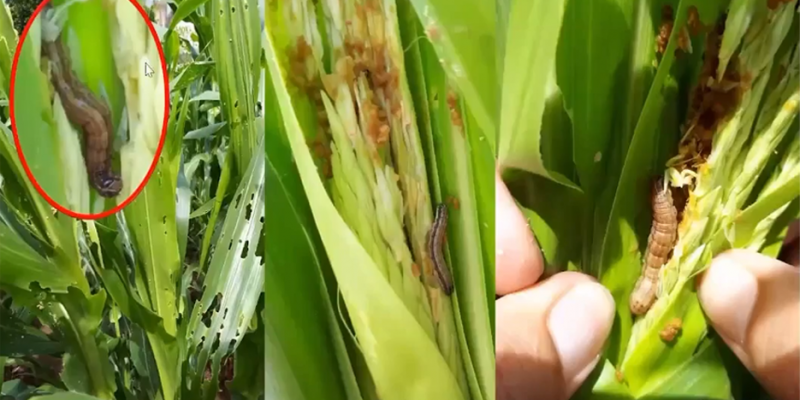 The first validated report of a FAW infestation was on Panay Island in October 2019.

Fall armyworms (Spodoptera frugiperda) have been invading the Philippine countryside since they first landed in the country. They are a species of moth that originated from Central America and migrated to both Africa and Asia in 2019.  It is suspected that fall armyworms (FAW) entered the Philippines through Taiwan with the first local infestation case reported in the Cagayan region in June 2019. Since then, they have been a source of headache for many farmers by consuming their crops and leaving their fields devastated.

The overwhelming number in which they invade crops is why they are called “armyworms.” A single female FAW moth is capable of laying 2,000 eggs in its lifetime. Once hatched, they will crawl towards nearby plants and consume them. FAWs have particularly pestered corn farmers, but FAWs have also been reported on at least 353 plants across 76 plant families.

To top it off, they are highly migratory. FAW moths are capable of flying 100km per night and 500km before laying their eggs.  Researchers are uncertain how they first crossed the Atlantic Ocean, but their migratory nature could have been a factor to how they reached India and China after breaking into Africa. 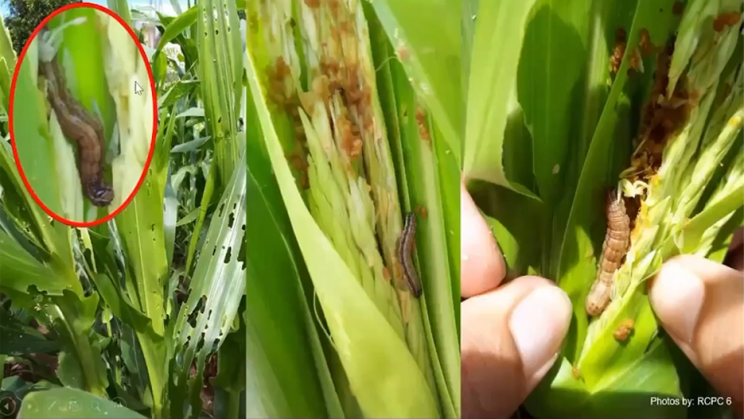 The first validated report of a FAW infestation was on Panay Island in October 2019.

Life cycle of a fall armyworm

The larval stage of FAWs is their most destructive stage. However, part of the defense against them is preventing them from appearing in the first place. It is thus important to know the different stages of their life cycle.

The lifespan of an adult FAW moth is dependent on the temperature of their environment, but they can live for 24-40 days. FAW eggs will hatch within 2-4 days after laying and the grubs will stay in their larval stage for 14-30 days. They will feast on crops to store the nutrients they will need for their next life stage as a pupa that lasts between 7-13 days before completing its metamorphosis as an adult moth.

To defend a farm against FAWs, the first thing to know is how to identify them. In their larval stage, they are brown to dark-brown in color and have a distinctive inverted Y outline on their head. On their second last segment, there are four large spots arranged in a square pattern.

Prior to the migration of FAWs to the Philippines, farmers had already been dealing with other species of armyworms, collectively known as harabas in Tagalog. To distinguish a local species of armyworm like the rice armyworm (Mythimna separata) from the FAW, farmers can easily identify their difference through their color. FAWs are brown to dark-brown in color while rice armyworms are green to dark-green. Another difference is that rice armyworms do not have the indicative four spots on their back.

As with every farm pest, the best way to deal with FAW is through a combination of methods. The common practice is to spray pesticides when their presence is detected, but FAWs are sneaky creatures. They hide in plant stems and whorls to avoid detection, so spraying pesticide alone will not eliminate them completely.

A full-scale defense against FAWs involves an integrated pest management system, which means farmers must employ a combination of cultural, genetic, biological and chemical methods.

This starts with the crop the farmer chooses to plant. For corn, for example, genetically modified varieties like yellow corn are less preferred by FAWs who are more inclined to feast on glutinous and sweet corn. If these are the crop of choice, farmers can avoid FAWs by practicing crop rotation, synchronous planting, and intercropping. Make sure to manage weed growth as they may harbor FAWs in the absence of crops.

To monitor the presence of FAW moths in a field, evenly distribute at least four pheromone traps per hectare. Pheromones are chemical substances released by animals to attract the opposite sex. Farmers can purchase lures containing these substances and place them inside an improvised water bottle trap.

Farmers can use a 5 liter water bottle, cut openings on its side and leave a pheromone lure hanging inside it to attract FAWs moths. The water bottle trap will contain water and dishwashing liquid. As FAW moths fly around the bottle, they will eventually get stuck in the water. The dishwashing liquid will make the fluid stickier so moths are unable to fly back up. This contraption will not only entrap FAWs moths and prevent them from reproducing, but also warn farmers that FAW moths may have already laid their eggs on the crops.

Farmers can then search the fields and handcrush visible egg mass. They can also introduce Trichogramma wasps to the field to eat the eggs. This is a biological control method of controlling FAW population.

Insecticides should be the last resort. They should be applied early in the morning or late in the afternoon. Make sure to target areas where they frequently stay like in the whorl of a corn plant. Ensure that the manufacturer’s instructions on dosage, handling and disposal are followed.

Farmers may also introduce earwigs,which are natural predators of the larvae, into the field. They may also spray Metarhizium anisopliae four to five days after insecticide is applied. This is a type of fungi with the capability of infecting FAWs and eventually killing them.

This fungal spray may be obtained through the local offices of the Regional Crop Protection Center under the Department of Agriculture. They will also offer other packages to deal with FAWs in each stage of their life cycle.

Lastly, If a field has been infected with FAWs, it is important that farmers comply with their local government’s quarantine measures when transporting crops. This will avoid the accidental transport of FAWs to other regions.

The information provided here is from a webinar titled “Di-wow and FAW! A webinar on Fall Armyworm in Corn” by the Regional Training Center (Region 6) of the Agricultural Training Center. The webinar was led by Ryan Rasgo, chief of RCPC Region 6.

Further research taken from an instructional video by Department of Agriculture Region 3.