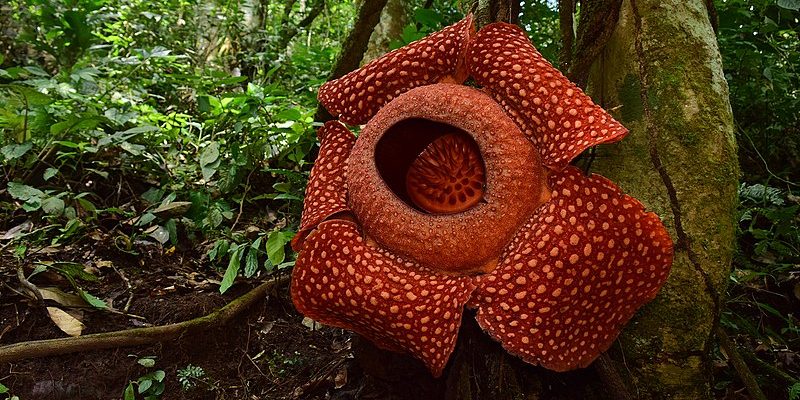 Rafflesia arnoldii is the world’s largest flower, weighing 20 pounds and spanning three feet in diameter. While humans may find its fragrance foul as it reeks like rotten flesh, Rafflesias attract blowflies, which serve as their pollinators.

Conservationists are working hard to preserve this rare flower. Progress is slow, but not impossible. Indonesian botanist Sofi Mursidawati is the first person to successfully cultivate Rafflesia outside its natural habitat.

Mursidawati started her research in Rafflesias at the Bogor Botanical Gardens in 2004. Several botanists attempted to cultivate Rafflesias before her but they were not successful. 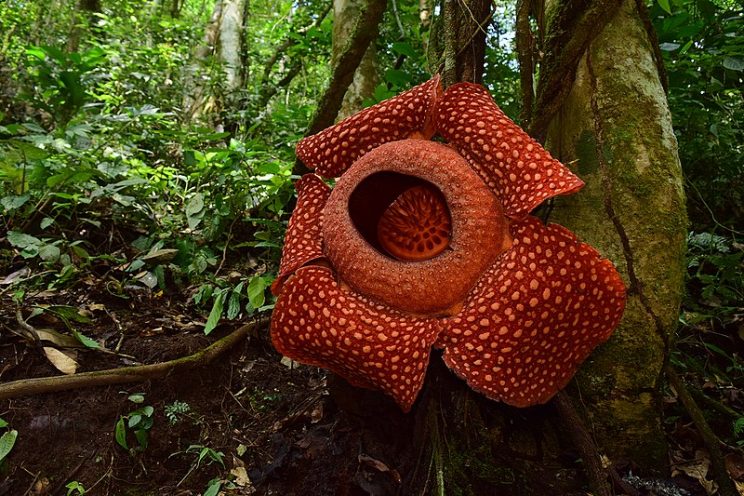 To achieve pollination of Rafflesias, a lot of things need to go together. Rafflesias are single-sex flowers, meaning they only contain either male or female reproductive organs. Fertilization of rafflesias can only occur when two flowers of the opposite sex bloom simultaneously. The two flowers must also  be a mile away to better the chances of pollinators transferring the pollen to the female flower.

Even in a controlled environment, it took years before Mursidawati successfully cultivated a Rafflesia. She did so by grafting a Tetrastigma vine infected with a Rafflesia bud. The Tetrastigma is a grape-like vine which serves as the host of Rafflesia flowers. As Rafflesias do not have roots or leaves, they are completely dependent on the vine that hosts them.

After hundreds of trials, Mursidawati found that the mortality rate of a Rafflesia bud is at 90%. Despite the odds, she successfully raised 16 Rafflesias from bud to bloom, with three of her Tetrastigma vines spawning their own Rafflesias. She has not been able to hand-pollinate between her Rafflesias as they never bloomed synchronously.

Mursidawati is now set to retire, but a lot of work remains. She is leaving all her insight about Rafflesias to a new botanist who will continue her research.