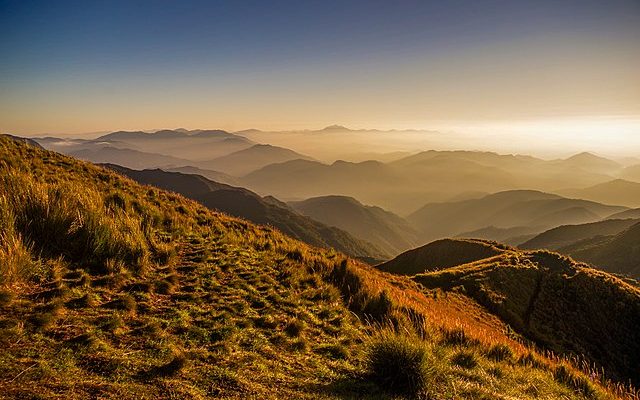 Mt. Pulag, the highest peak in Luzon, is also the gateway to the Skyworld, according to Ibaloi legends. Photo by Billy Palatino from Wikimedia Commons.

There are numerous legends surrounding the origin of rice in the Philippines. One such legend comes from the Ibaloi people, who are one of indigenous ethnic groups that make up the Igorots of the Cordillera region. This legend not only depicts the origin of rice, but also touches on the creation of cats and rats, as well as why Igorots perform a harvest ritual called kosday kanyaw.

A version of the story is printed in the Philippine Folk Literature: the Myths (1993) which was compiled and edited by Damian Eugenio.

The story followed a priest named Dackbongan and his travels to the Skyworld.

According to the legend, people did not have rice in the early days. Their food was limited to sweetpotato, taro, pako (Diplazium esculentum), pork, and other animal meats.

One day, Dackbongan was invited to a place called the Skyworld to participate in a ritual dedicated to Kabunian, their creator. To reach the destination, Dackbongan traveled to the summit of Mt. Pulag where he found a ladder leading up to the Skyworld. 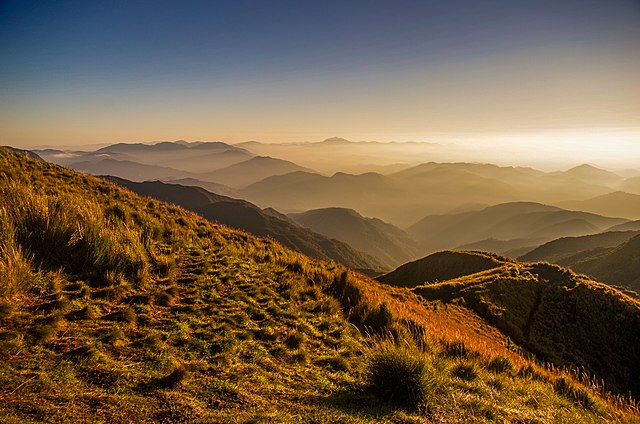 Mt. Pulag, the highest peak in Luzon, is also the gateway to the Skyworld, according to Ibaloi legends. Photo by Billy Palatino from Wikimedia Commons.

Up at Skyword, Dackbongan found several people surrounding a huge house where Kabunian and his wife lived. Dackbongan enjoyed taking part in the ritual, especially when he got to taste rice. Kabunian noticed this so he asked him if the priests wanted to bring the rice down to Earth. Dackbongan agreed.

Kabunian gave specific instructions on how Dackbongan and his people could cultivate a bountiful harvest from the rice seeds they would receive. Kabunian told Dackbongan that they would need to perform a ritual called kosday kanyaw dedicated to him. The ritual should be done early in the morning when all of the fire of the village has been put out. The priest would personally receive a fire from Kabunian if he rubs a piece of bamboo across a split bamboo with a piece of tinder. The priest should then slaughter a pig and use its blood to paint the face of all the families in the village. After the ritual, they would need to observe a resting period of five days.

Dackbongan promised to follow the instructions and returned to Earth while carrying the rice seeds in his g-string. He sowed the seeds in rice paddies, which eventually helped feed his people.

Despite promising to follow Kabunian’s instructions, Dackbongan completely forgot to perform the ritual. In retribution, Kabunian  created rats to feed on the rice. Dackbongan instantly regretted his oversight, so Kabunian, being the forgiving god he was, created cats to hunt down the rats.

Ever since, the Dackbogan’s people have been performing kosday canyao before harvest season in dedication to Kabunian. Even until today, the ritual is alive as it is still being practiced by Igorots.

The information provided here is taken from a video produced by the Mama Sita Foundation. It was presented during a session of the Pinoy Food Stories: Evolution of Philippine Cuisine entitled “Food, Enchantment, and Folklore: Discovering the Legends Surrounding Philippine Rice and Cacao.”