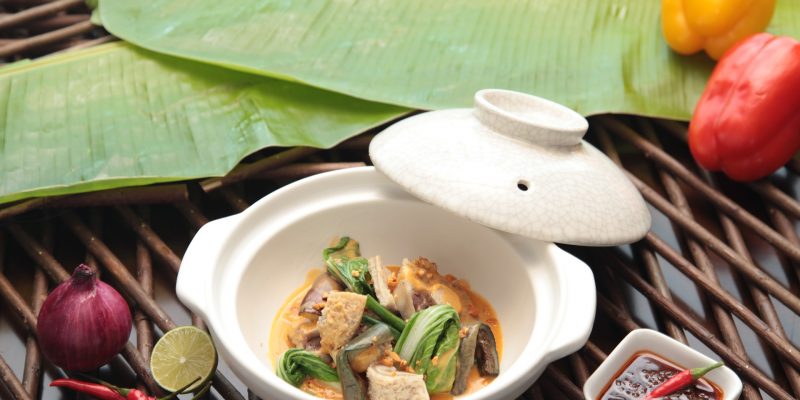 Image by Jonathan Valencia from Pixabay.

Food, beyond its literal definition, is a means of expression that is intrinsic to a country’s cultural identity.

In a KainCon webinar, which is part of the Filipino Food Month celebration, award-winning food writer and book designer Guillermo “Ige” Ramos quoted French gastronome Jean Anthelme Brillat-Savarin: “Tell me what you eat and I will tell you who you are.”

Food defines our identity, says Ramos. During his talk, he elaborated on this by sharing examples of how food becomes part of the culture.

He presented several photos of local dishes, with rice being the highlight of each.

“Rice is a canvas for chromatic eaters [like us Filipinos],” Ramos said, equating rice with a blank canvas that is paired—or painted in this case—with viands of different colors, textures, and flavors.

So the question is, how does food become Filipino, and how does it define our culture?

Listed below are several elements that, according to Ramos, contribute to our nation’s cultural identity.

In this type of setting, Ramos remarked, “We can see here the need for people to eat [cheap] and nutritious food. We do not notice that it is also part of our culture and gastronomic ecosystem.”

He continued, “Normally, Filipino food comes from home or carinderia where many cultural events occur, including cooking.”

If such ingredients vanish, this will result in transformation or loss of our identity, says the food writer.

“The communities that are part of these traditions are disappearing, and at the same time, the ecosystem is being destroyed,” which leads to the disruption of cultural structures and practices.

If communities involved in, say, tinapa and salt processing shrinks, the supply chain for these commodities suffers.

Having said that, there are dining practices and habits that are still observed today, including kamayan or eating with bare hands.

Ramos said, “In contrast to Western or fine dining, which is served per course, Filipinos prefer to eat or serve a variety of dishes all at once. We [also] like sawsawan or sauces.”

More and more farmers, particularly small-scale farmers, as well as chefs, prefer the farm-to-plate approach because it is sustainable. Plus it comes with traceability, allowing everyone, including the consumers, to know who farms their food.

These are just a few things that define our food culture; there are many more that aren’t mentioned, which include rituals, beliefs, and values surrounding Filipino culinary culture.

In his book titled “Lasa ng Republika: Dila at Bandila,” Ramos proposes suman (rice cake) as a national food because for him, “it crosses gender, different ethnolinguistic groups, [and] religion.”

Suman is widely consumed in the Philippines. It comes in different sizes, shapes, wrappers, colors, flavors, and social functions. So when we say suman, we don’t mean just one, but several. For some ethnic groups, such as the Aetas, it also serves as ritual food.

Here’s what Ramos has to say about preserving traditional food like suman: “Cookbooks, videos, and blog posts cannot preserve food alone. Food should be cooked, prepared, passed, and celebrated.”

“To preserve our food and ingredients, we have to constantly use them so farmers can continuously grow them.” He went on, “Do not be afraid to play around and invent something new because that’s how tradition works. You introduce something new and then it becomes a tradition.”

The information provided is from the fifth episode of the KainCon or Kain Conference webinar series that is organized by the National Commission for Culture and the Arts (NCCA), Philippine Culinary Heritage Movement (PCHM), and Slow Food Youth Network Philippines (SFYN).