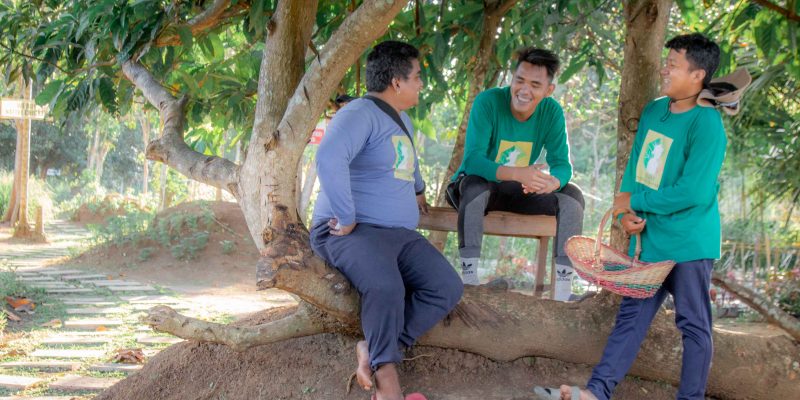 Upon entry to Silent Integrated Farm, a farm-tourism destination in Liliw, Laguna, visitors are greeted by a person sitting inside a hut. It’s not the same person all the time, but whoever this person is actually not a farm employee. Nevertheless, they diligently watch over the entrance to monitor entries and donations. This person is actually an official from the local barangay. Depending on their schedule, it is either a barangay police officer or a member of the local women’s brigade who welcomes new visitors.

This is but a glimpse of the inner workings of Silent Integrated Farm, a farm-tourism destination in Barangay Dagatan. The farm is rooted in its advocacy to uplift its direct community. As Richales “Charles” Espinosa, admin manager of the farm, puts it: “farming is not all about cultivating crops, but also about cultivating happy farming communities.”

Charles would go on to tell Agriculture Online what this exactly meant and how a series of spontaneous decisions rooted in aiding the local community led to Liliw’s first agri-tourism farm site that was accredited by the Department of Tourism (DOT).

There were actually no initial plans to open an agri park as the farm was just created to help sustain the livelihood of farmers under the employment of its 23-year old farm owner, who chose not to have her name included in this story.

The farm owner had a farm in Barangay Daniw located in the same town. The farm was developed so the owner could get hands-on experience in farming as she was aiming to get her trainers’ methodology certification under the Technical Education and Skills Development Authority (TESDA).

After they made their harvest, there was not much to do in the farm so the owner was concerned that her farmers would lose their source of income. In their time spent working together, she got to know the farmers personally and found out what they had to go through during the Covid-19 pandemic. She was inspired by their life stories so she took it upon herself to expand her farm in Barangay Dagatan to sustain their livelihood and increase their farm’s production.

Development of what would be the Silent Integrated farm started in November 2021. They had to clear what used to be just an overgrown lot. They started small but they had a Facebook page to market their produce. They then opened a small restaurant on the farm after people kept on asking if they could have one. 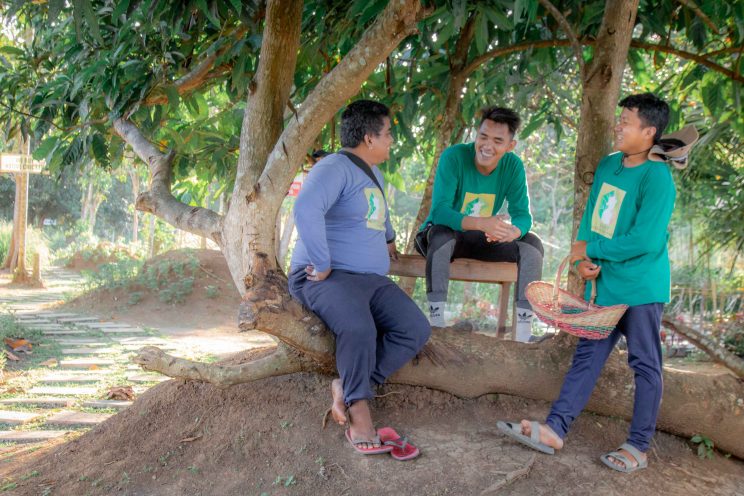 When the farm owner and her team saw just how many people were coming, this was when they realized that they needed to register for a business permit. Part of this was coming up with a name which they really had to think about.

The farm owner decided to use Silent Integrated Farm which alludes to one of their farmers, Michael Suerte, who is deaf. Michael was an employee from their farm in Barangay Daniw. Though other co-workers expressed concern about working with him, the farm owner of Silent Integrated Farm saw beyond Michael’s disability and chose to focus on the fact that Michael needed a job.

His co-workers said that while others work on the farm while chattering, Michael works silently to be a productive member of the community. Charles said that Michael works efficiently to complete the work that normally takes five people to do. By naming the farm Silent Integrated Farm, they  hope to echo the values and diligence of Michael.

Ever since they held their soft opening in February 2022, Silent Integrated Farm has continued to benefit the community of Barangay Dagatan. They helped local residents find employment during a time that people were having difficulty securing a job.  A lot of them did not have a background in agriculture, but Silent Integrated Farm hired licensed agriculturists to train them.

The farm now runs with its tight-knit workforce of 78 differently-gifted employees, who are mostly farmers from the town of Liliw. They even have six senior citizen farmers and seven youth farmers who are receiving weekly allowances to help them get into college.

The farm also had another deaf farmer who no longer works on the farm but is studying sign language in Metro Manila with the support of the people from the farm.

On the way to Silent Integrated Farm, visitors may get lost as not all neighboring towns or even the residents of Liliw know Barangay Dagatan. Wilson is glad that the farm not only provided livelihood, tourism, and food production, but that it is also helping put Barangay Danagat on the map.

Things to do in Silent Integrated Farm

Visitors may spend hours exploring every inch of the farm. There is a section for the nurseries, herbal plants, native chickens, native pigs, ruminants, stingless bees, and vermicomposting. Visitors who are curious about farming may strike up a conversation with any of the farmers to learn about the specific kind of farming they do.

After the tour, visitors may dine in an open-air restaurant. They offer native manok cooked in multiple ways: roasted, adobo, and tinola. Freshly harvested lettuce, which is the farm’s main product, is used for salads and is combined with cucumber to concoct a smoothie.

During the weekends, diners may enjoy their food as farmers put their musical skills on display.

There is also a farm store where visitors may buy the farm’s produce and other products processed either on the farm or by the local community. If visitors are feeling more adventurous, they may harvest the crops on their own and pay by weight. They can harvest lettuce, siling haba (Capsicum annuum), okra (Abelmoschus esculentus), pechay (Brassica rapa), and sitaw (Vigna unguiculata).

The farm also has a section where they sell ornamental plants like celosia, vinca, marigold, and diantus. There is specifically a station for waves of love (Anthurium plowmanii) which sells for a thousand pesos or more per plant.

All of this may be visited free of charge, but visitors may leave a donation on their way out.

Commuting visitors are advised to take a tricycle from Pila, Laguna as the farm is much closer there than it is to the main town of Liliw, Laguna.

Photos by Jerome Sagcal and courtesy of Silent Integrated Farm.