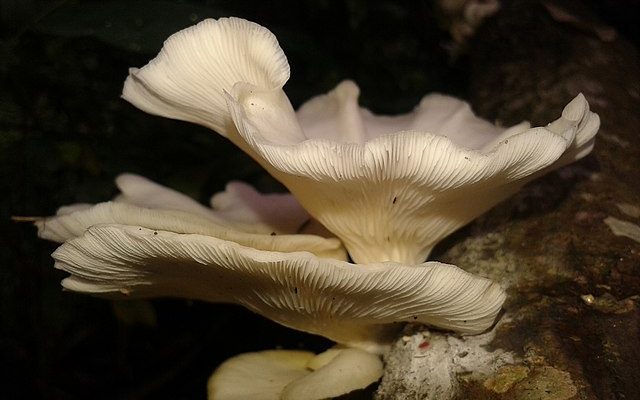 Space habitats of the future need to come up with ways to sustain their food supply without depending on resupply missions from Earth.

This is why Jane Shevtsov, administrator of the University of California, Los Angeles (UCLA),  partnered with scientists from NASA (National Aeronautics and Space Administration) and mushroom company Fungi Perfecti to test how fungi could help turn asteroids into soil. Shevtsov came up with the idea after she learned the role of fungi in the early soil formation of Earth.

Fungi are able to turn rocks into soil as their mycelium, the collective term used to describe the fungi’s root-like structures, exerts large amounts of pressure on the surface of rocks. This allows them to penetrate small cracks, breaking them down and turning them into soil through a process that takes years.

Shevtsov tested 15 species of mushrooms to see which one was the most effective in breaking down the simulated regolith. They also added additional sources of food for the fungi to encourage them to colonize the rock.

The results of the study, though still preliminary, revealed that the oyster mushroom (Pleurotus ostreatus) was the best for the job.

With the finding of the study, Shevtsov believed that scientists could grow plants in the simulated regolith within one to three years.