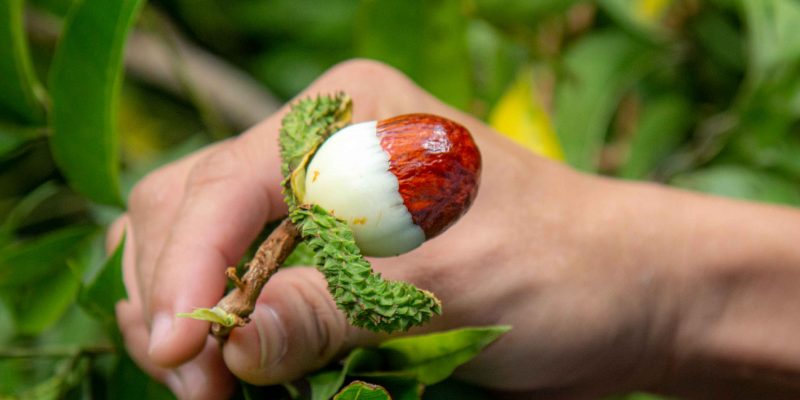 When ibuli is ripe, its skin will crack and eventually open revealing a brown shiny seed layered with a white endocarp. (Jerome Sagcal)

The tree of ibuli (Cubilia cubili) is now a protected tree in the town of Pakil, Laguna after the local government approved an ordinance declaring ibuli as the town’s flagship species for conservation.

Local residents often call ibuli Pakil’s own native chestnut. The fruit resembles a small jackfruit but its seed, when steamed, is likened to the taste of sweetpotato (Ipomoea batatas) and sometimes even chestnut.

READ: Get to know ibuli, a native “chestnut” from Pakil, Laguna

Municipal Ordinance no. 2022-0165 establishes various provisions to protect and preserve the ibuli. The ordinance was introduced by Councilor Jeffrey Cotoner and was approved by Mayor Vincent Soriano on April 4, 2022.

The ordinance protects the ibuli tree from various activities as adopted from Section 27 of RA 9147, or the Wildlife Resources Conservation and Protection Act. It shall now be unlawful to destroy ibuli trees except in the following scenarios:

Inflicting injury which impairs the reproductive system of the plant will also be unlawful according to the ordinance as well as any activities that could affect the habitat of ibuli trees. These activities include waste dumping, squatting, mining, burning, and logging. 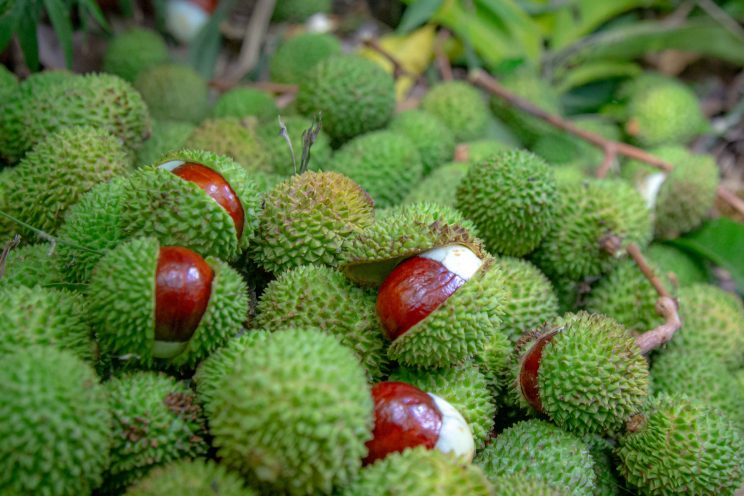 Three months shall be allotted for an information drive to educate Pakil residents of the significance of preserving and propagating ibuli trees. Part of this includes adding lessons about ibuli to the curriculum of elementary students. The ordinance also recommends renaming public areas or facilities after ibuli.

There will also be mass propagation of ibuli trees. The Department of Agriculture and the municipal environment and natural resources office (MENRO) will identify public spaces where ibuli shall be grown. Barangay officials will be deputized to monitor the planting of ibuli trees.

Though ibuli trees are only expected to produce fruits when they are grown in elevated areas, it is still recommended to plant them in low-land areas to help familiarize younger generations with ibuli and to provide easier access to the tree for researchers.

To finance these projects, an initial allocation of P50,000 shall be used for the establishment of a nursery and to cover other operating expenses.

This will not be the first time that the local government has attempted to propagate ibuli. Municipal agriculture officer Theresita Payumo said that they have tried propagating ibuli before.

Theresita said that they encountered two problems during the project. First is that a lot of people asked if they could have some of the seedlings so they were just given away without much documentation. Theresita said that some of those seedlings have grown but for the most part, they were unable to monitor the status of the plants they gave away due to lack of manpower.

The second issue they faced was that since the agriculture office is by the shore of Laguna de Bay, the nursery where they stored the seedlings was flooded. They are now looking to find a new site so they could continue growing seedlings.