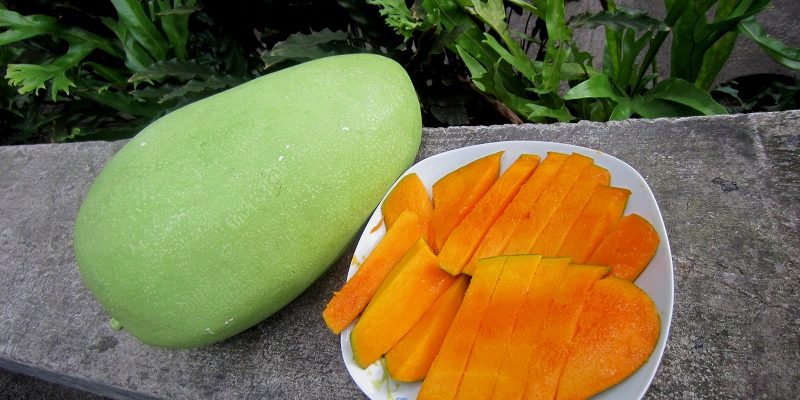 Nine mango varieties and selections were unveiled at a press conference of the Department of Science and Technology – Philippine Council for Agriculture, Aquatic and Natural Resources Research and Development (DOST-PCAARRD) on June 8, 2022.

The mangoes were identified by the Institute of Plant Breeding (IPB) in the University of Philippines Los Baños (UPLB) through a program funded by PCAARRD and led by plant breeding scientist Carolyn Alcasid.

The mango is the third most-produced fruit crop in the Philippines, with a production of 739,250 MT in 2020. The Philippines exports fresh mango fruits to China, Hong Kong, Japan, and South Korea while processed mango products are exported to Canada, France, and Germany. Despite being one of the backbone industries of the country’s agriculture sector, the local mango industry is hampered by the fact that only the Carabao mango variety is exported.

This is further complicated by the short shelf life of fresh fruits, inconsistency in quality, preference of some countries for red-blushed mangoes, and susceptibility of mango trees to pests like the mango fruit fly and diseases like anthracnose.

To address this issue, the IPB-UPLB has been looking for new varieties and selections that could help make the mango industry more competitive. They started the program in 2012 and have so far found two varieties: the Mangoming and Farrales mangoes.

The two mangoes are classified as varieties because they have been registered with the National Seed Industry Council (NSIC) of the Bureau of Plant Industry (BPI) and the Germplasm and Technology Release and Registered Office (GTRRO) of IPB. The other mangoes introduced by PCAARRD are just considered as selections as they have not been registered with NSIC.

Once the applications are approved, planting materials for these mangoes will be available in BPI and the National Seed Foundation (NSF) by the last quarter of 2022. 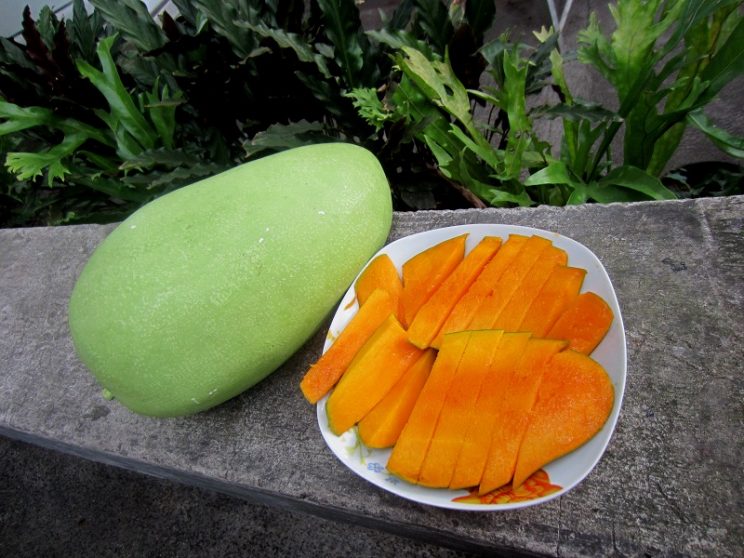 The Mangoming mango is from Iligan City in Lanao del Norte. Its tree bears fruit twice a year and peaks from June to July and December to January. The mother tree is owned by Maria Socorro Bodiongan and yields 100kg of fruit every season.

The Mangoming mango is characterized by its yellowish green color, yellow orange flesh, and its humongous fruits. The average weight of its fruit is 1.12 kg. A Mangoming mango grown by Bodiongan once weighed 3.43 kg, making it the Guiness world record holder for the heaviest mango from 2009-2020. 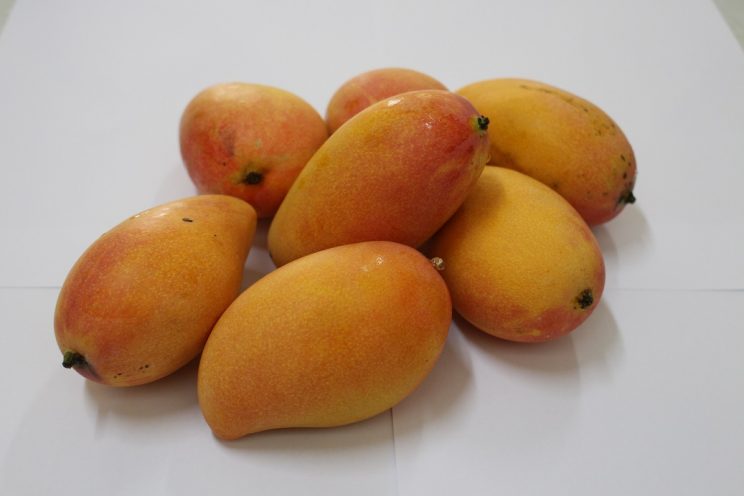 The tree of the Farreles mango is owned by Perla Farrales from Castillejos, Zambales and yields 200kg per season. The variety is resistant to mango fruit flies.

The fruit is characterized by its yellow skin with red blush. The fruit only weighs 222.68g on average and only 69.62% of the fruit is edible. It makes up for its sweetness, which was measured at 16.62 degree brix (°Bx). 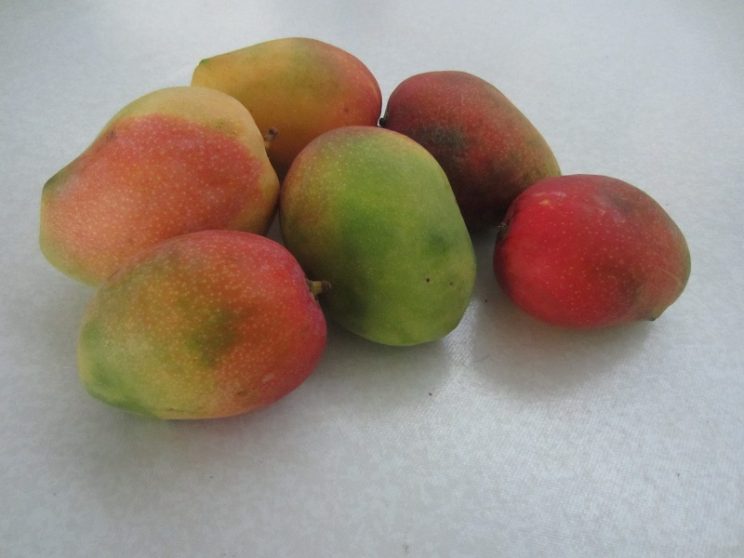 The Carotene mango was aptly named so because of its high Vitamin A content compared to other mango varieties. The tree yields 350kg every season and peaks from May to June. The fruit is characterized by its oblong fruits that have yellow skin with red blush and yellow orange flesh. It has a sweetness level measured at 13.64 °Bx.

The tree of the Kyla Luz Mango is owned by Adela Rapadas from Tiaong, Quezon. The tree bears fruit twice a year when chemically induced and yields 550.62kg per season. The fruit is characterized by its yellow skin and yellow orange flesh. It has a sweetness level measured at 15.14 °Bx. 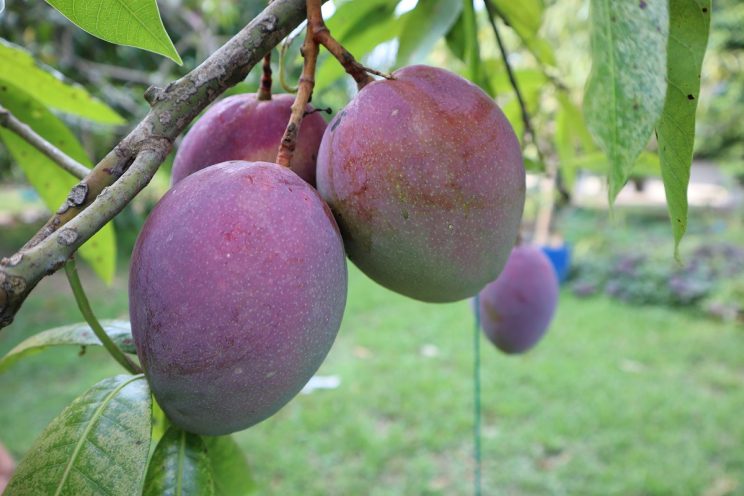 The Tommy Atkins mango originated in Florida, USA. It peaks from June to August and is characterized by its oblong fruits that have yellow skin with dark red blush and yellow orange flesh. It has a sweetness level measured at 12.55 °Bx. 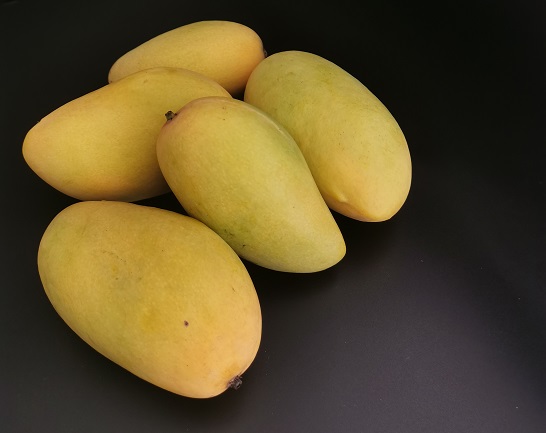 The IPB Carabao 1 is a Carabao strain identified by the IPB. Its tree yields 150kg per season while its fruit is characterized by its yellow skin and yellow orange flesh. It has a sweetness level measured at 17.74 °Bx, the highest of all the mango selections introduced by PCAARRD.

The information provided here was provided in a press conference of the Department of Science and Technology-Philippine Council for Agriculture, Aquatic and Natural Resources Research and Development (DOST-PCAARRD) held on June 8, 2022.