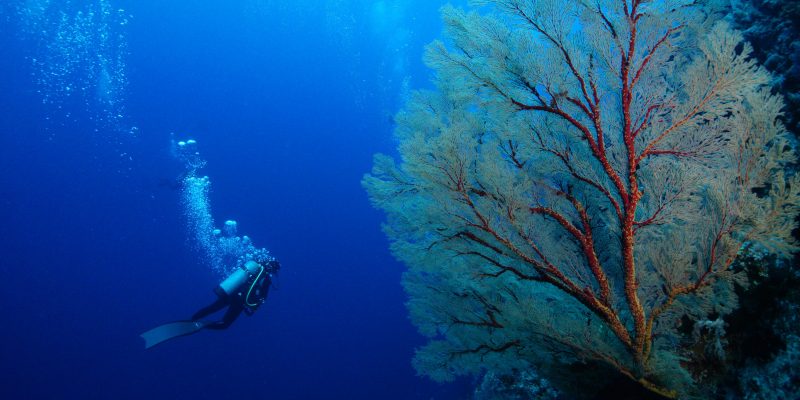 At the bottom of the Central Sulu Sea, a national treasure lies—the Tubbataha Reefs.

This natural park is the only purely marine UNESCO World Heritage Site in Southeast Asia and spans about 97,000 hectares. It’s also known as one of the top diving destinations in the Philippines.

“It is a major source of fish and coral larvae that enriches fisheries around the Sulu Sea,” said Angelique Songco, Protected Area Superintendent of Tubbataha Reefs Natural Park, in a YouTube video by WWF-Philippines.

Since 1996, the World Wildlife Fund Inc. (WWF) and the Tubbataha Management Office have worked together to create feasible systems that help in monitoring and preserving the conservation efforts in Tubbataha, as well as sustainable ecotourism, marine farming, and microfinance initiatives.

The protection of Tubbataha Natural Park also ensures the welfare and sustenance of millions of Filipinos who rely on its bounty and the tourism services it can provide.

WWF-Philippines and WWF-France have recently announced their collaborative project aimed at providing the latest data on the habitats present in the Tubbataha Reefs to facilitate better strategic planning and management in defiance of climate change.

The project, titled Tubbataha Reefs’ Resource Mapping and Cetacean Survey, is funded by CMA-CGM, a French transportation and shipping company, in partnership with the Tubbataha Management Office.

One of the end goals of this program is to come up with recommendations on how to improve the level of protection and management in the park. To achieve this, the Tubbataha project was divided into two parts.

The first one is habitat mapping, which was previously carried out in 2003.

Mary Joan Pecson of WWF-Philippines said during the launch, “Maps provide useful information on the expense of habitats in the area and allow a group [to] envision the resources [concerning its] use, threats, and possible protection measures.”

To help them update the resource map of Tubbataha, WWF partnered with Antipara Exploration, an underwater mapping and analytics company that provides marine geospatial imaging, inspection, and assessment services for the marine and maritime sectors.

Last May 15-26, 2022, the research team began the data collection for the resource map.

As Lau Dagum of Antipara Exploration said, “For the next steps, we’ve already started processing the data. After processing all the data, we will do the assessments using image analytics, [which includes] getting the habitat coverage and extents of corals, seagrass, seaweeds, sand, and rubble.”

Antipara Exploration aims to submit the final report by December 2022.

The second activity is the cetacean survey. Cetaceans refer to the family of marine mammals, including whales and dolphins.

“Studies show that Tubbataha is a significant breeding ground for cetaceans in the Sulu Sea. The current record is [that] there are 13 species of cetaceans identified in the southern part.”

Pecson continued, “The last survey was held way back in 2010. Changes over the years in parameters, such as species dominance, behavior, and encounter rates, may give insight to potential and current issues that impact Tubbataha.”

The cetacean survey is set to take place in the summer of 2023.

With the partnerships and efforts of these organizations and companies, hopefully, the paradise beneath the pristine blue waters of the Sulu Sea will retain its rich marine life in the years to come.