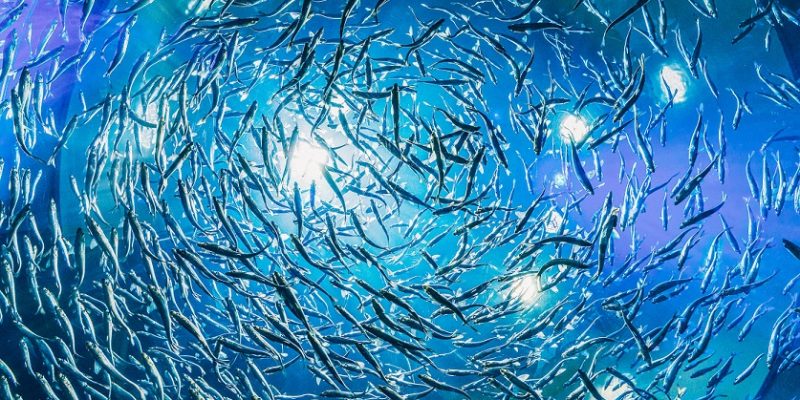 Photo by Harrison Haines from Unsplash.

The world’s first mobile fish farm is now operational. The vessel, named Guoxin 1, looks more like a tanker due to its enormity. It is a 250 meters long and 45 meters wide smart fishing vessel that could cultivate up to 3,700 tons of fish annually.

Guoxin 1 set sail from Qingdao City in Shandong, China on March 20, 2022, and will travel around the Yellow Sea, East China Sea, and West China Sea.

The purpose of constructing a mobile fish farm was so fish can be grown in their ideal environment. Chen Zhixin, a scientist from the Chinese Academy of Fishery Sciences, co-authored a 2021 study where they found that fish like cobia and groupers thrive in the South China Sea where the temperature is between 25-28°C. Other species like turbot and Atlantic salmon prefer the colder environment of the Yellow Sea where the temperature could fall to 2°C.

To house its fish, the vessel has 15 water tanks, each larger than two swimming pools, according to state-run media agency CGTN. The water environment of the vessel is controlled by a non-stop water exchange system between the cabin and the sea. This mechanism ensures that the water tanks are unaffected by pollution or the weather on the sea.

Compared to traditional fish pens, the vessel can accommodate three to five times more volume and can even shorten the number of days needed before the fish are ready for harvest, according to the ship’s state-owned funder, Qingdao Conson Development Group.

China is hoping to launch more mobile fish farms as two ships from the same model will be operational by March 2024. A more technologically advanced model of the ship is also in the pipeline.