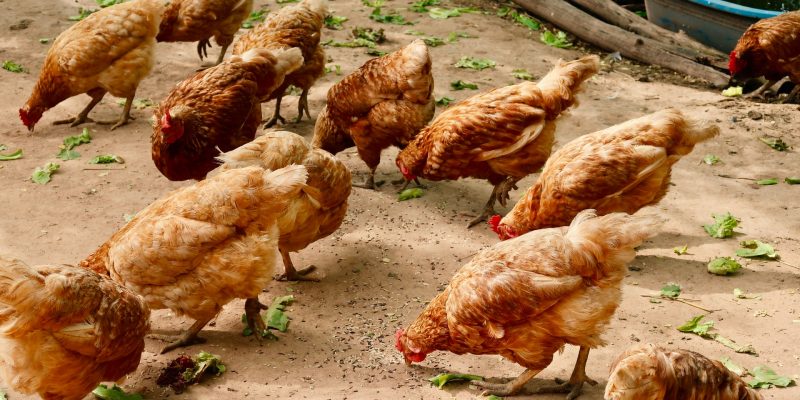 Cannabis has long been used in traditional Thai cuisine until it was banned in the country in 1934. With the country’s recent legalization of cannabis as food and drink, this opens new possibilities for the food and agriculture sector.

A study led by Chompunut Lumsangkul from Chiang Mai University has been trying to determine the effect of feeding cannabis to chickens.

The chickens were fed with varying amounts of cannabis prepared in different ways. Some leaves were boiled in water while others were crushed and mixed with chicken feed. Chompunut tried to determine the best amount to feed the chickens without there being any negative side effects.

The study showed that cannabis-fed chickens were less susceptible to avian bronchitis, meaning farmers had to use fewer antibiotics.  Meat quality was also better in terms of protein-fat composition, moisture, and tenderness, according to Chompunut.

The chickens did not exhibit any abnormal behavior, nor did their meat and egg products contain any trace of cannabinoids.

It is unclear why the cannabis-fed chickens appear healthier, but Chompunut hypothesizes that the bioactive compounds of cannabis may have improved the chicken’s gut health.

A follow-up study is in the works where Chompunut plans to determine the effect of high-intensity cannabis extracts on diseases and the fatality rate of chickens.

The findings of the study coincide with Thailand becoming the first Asian country to legalize the growing and consumption of cannabis. Public smoking of cannabis remains illegal, as well as extracts with more than 0.2% of tetrahydrocannabinol, the psychoactive substance in the plant that induces the feeling of being high.