Life doesn’t always go as planned. Mac Bergonio wanted to become a seaman for a very long time. But in an unexpected turn of events, Mac is now the owner of Los Pepes Farm, a stingless bee farm in Indang, Cavite. With the help of his wife, Mac grows and sells various bee products made from honey, pollen, and propolis.

Mac has been cultivating stingless bees for eight years now. But before he got into apiculture, he was actually a seaman for much longer. He took up BS Marine Transportation and graduated in 2005. Within the same year, he went straight to Dubai to work on a yacht for a year. He then worked in the desk department of another ship as part of its maintenance crew. This part of his life continued until 2014 when the unexpected happened: one of his ears went deaf. 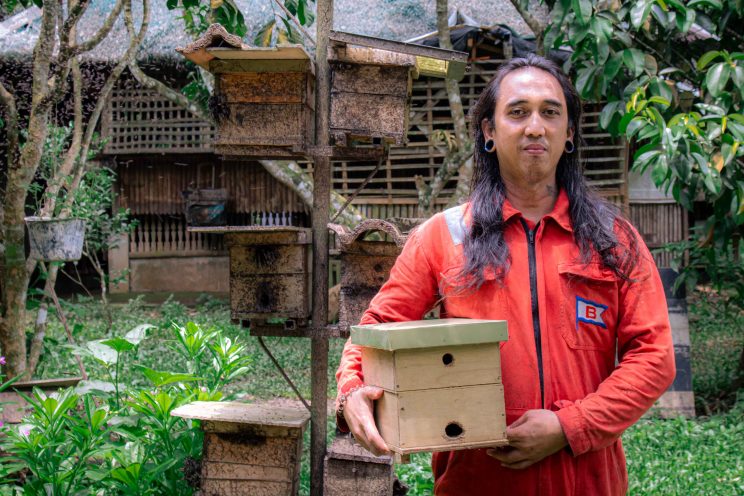 Mac explained that proper sight and hearing were crucial to his job as he had to guard the bridge of the ship at night or while there was bad weather.

Now back in the Philippines, he and his wife used their savings to launch a food truck. It was also around this time that his father-in-law introduced him to stingless beekeeping.

His father-in-law originally wanted to care for European bees (Apis mellifera) in 2012, but after his visit to Milea Bee Farm in San Jose, Batangas, he realized that lukot, the local term for stingless bees, could be used to produce honey. Stingless bees are plentiful in Indang, Cavite so Mac’s father-in-law just went back home to hunt for feral bee colonies with some friends.

READ: An Exciting “Bee-Sit” to a Bee Farm 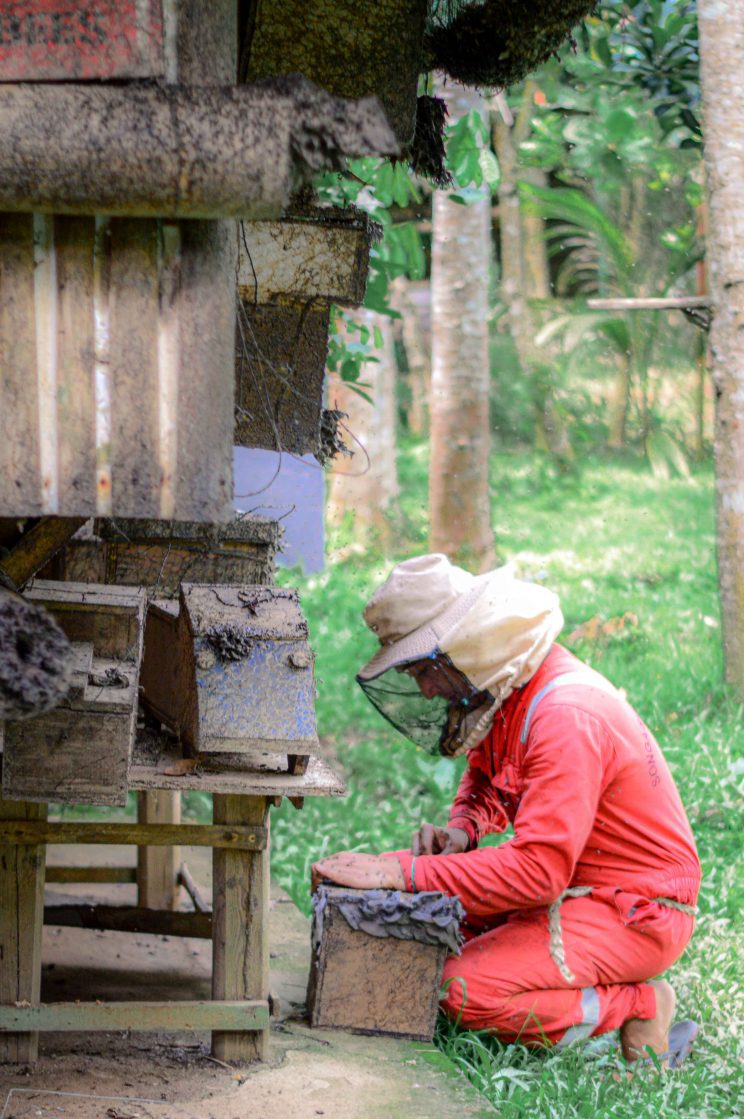 By 2014, Mac’s father-in-law had begun caring for native ducks, so he gave the bees to Mac. He taught Mac everything he needed to know about stingless bees. Since then, Mac and his wife have been running the farm with his wife taking care of sales and marketing, which includes running the farm’s Facebook page.

Before they launched the Facebook page, it was difficult to find buyers, especially in their local town.  They had to join agricultural fairs or sell in other places to find more customers. They also sold honey, pollen, and propolis in bulk to Milea Bee Farm but they stopped doing so when its owner, Edilee Rosales-Omoyon, passed away in 2021.

READ: What are their secrets: two bee agritourism sites thrive amid the pandemic 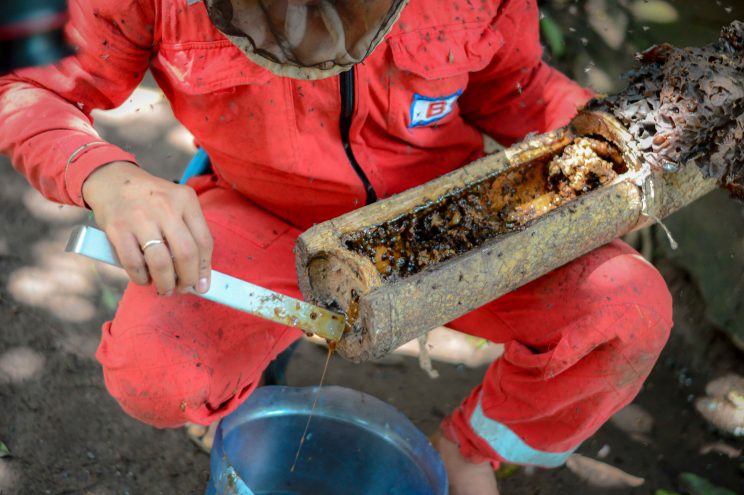 Sales peaked during the Covid-19 pandemic, especially with many people concerned about their health. “Dati wala pang bubong [yung bahay namin], wala pang palitada. Nung nag-pandemic, talagang nag-boom business namin (Back then our house did not have a roof and was not plastered. But when the Covid-19 pandemic came, our business really sold well),” Mac said.

But as Covid-19 cases decreased, so did too their sales. “Kahit ang dami kong harvest ngyaon, di ko ma-dispose. Mahirap ngayon maghanap, di katulad ng dati. Kasi marami na kami kakompetensya  di kagaya nung unang panahon, talagang kami lang halos nag-aalaga (Even though I have a lot of harvest, it is difficult to dispose them. It has become more challenging to find new customers as there are more beekeepers competing in the market),” Mac said.

Los Pepes Farm sells various bee products such as raw honey and pollen granules. They also sell products derived from propolis such as lip balm, throat spray, massage oil, and ointment. Mac got the technology from a seminar when he was struggling to sell his propolis. 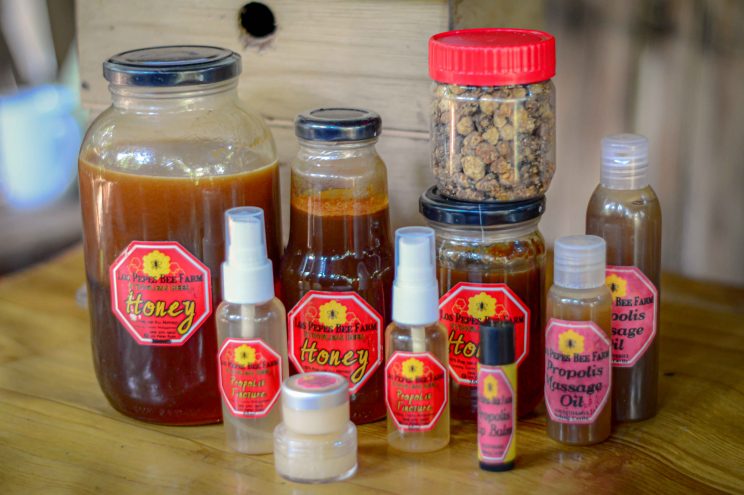 He harvests the raw products from two species of stingless bees: Tetragonula biroi and Tetragonula sapien. The former is the more aggressive of the two species while the latter tends to be shy.

They are also characterized by the structure of their colonies. Tetragonula birois build their broods in a spiral pattern while Tetragonula sapiens build bean-shaped broods with spaces in between. 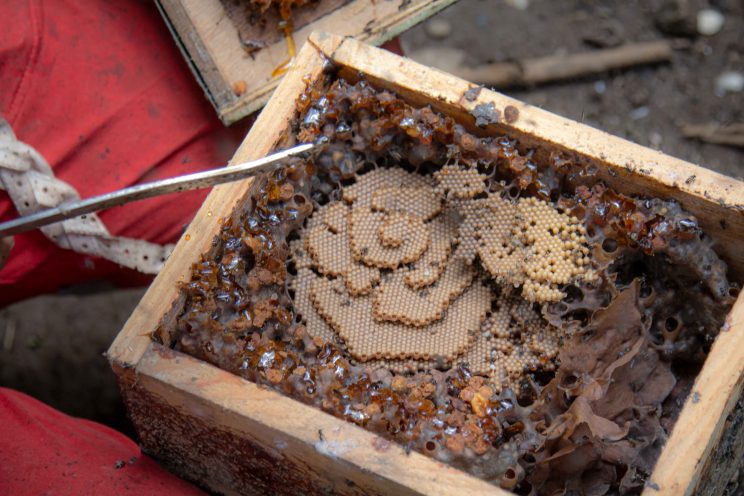 The Tetragonula biroi is grown for its capacity to produce honey. The Tetragonula sapiens produce less honey, but Mac prefers the taste of their honey, which has an acidic flavor. 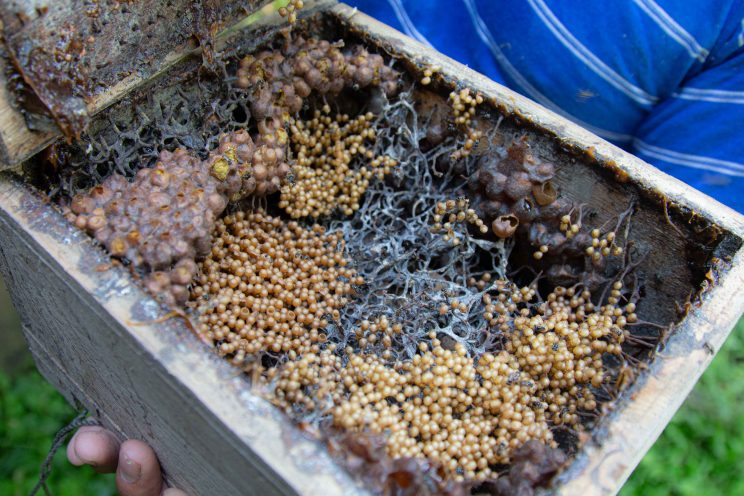 Mac has been caring bees for eight years now. It seems like ages ago when he was a seaman, but there are plenty of ways his past seeps into the present. Most obvious is the fact that he wears a seaman uniform, an orange jumpsuit, to protect himself from the bees. Mac also has a knack for collecting and constructing unusual and creative beehives. In his collection is a beehive shaped like a ship which Mac made to remember his past.

Life can become wearily unpredictable. But regardless of all the setbacks, Mac shows that life will work out fine…eventually.

Photos by Jerome Sagcal and courtesy of Jann Jayro Hader.