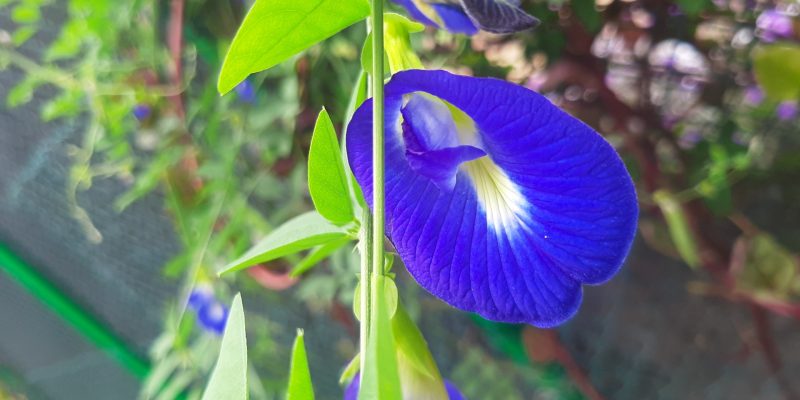 Photo by Edem Kofi on Unsplash

The blue ternate may finally be getting its moment. The blue ternate (Clitoria ternatea), aka butterfly pea, aka Asian pigeonwings has been the darling of small farmers for a while now. Its scientific name comes from the word clitoris because that’s what it’s said to resemble. 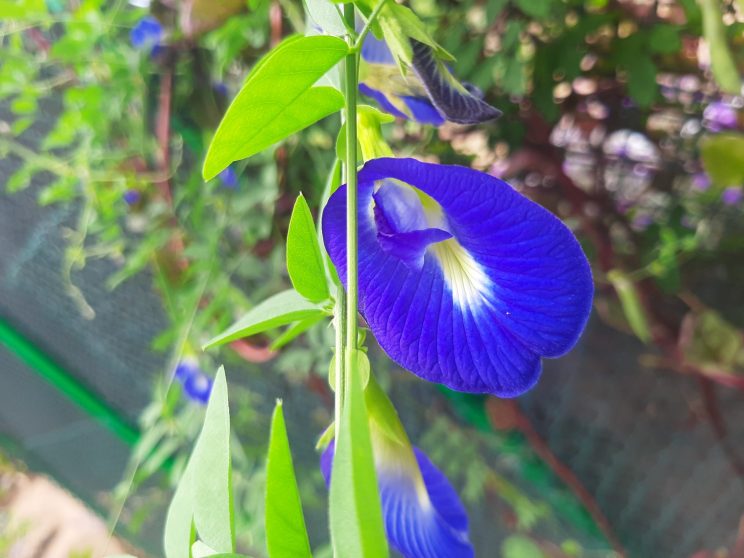 Photo by Edem Kofi on Unsplash

It’s pretty, fairly easy to cultivate, and has health benefits. Other Southeast Asian countries have seen the rise of beautiful bright blue butterfly pea tisane (essentially “tea” made from plants that aren’t tea leaves) in trendy coffee chops, either in latte or iced form early on, probably because of its use in their traditional cuisine.

READ: How to grow, care, and earn from blue ternate

As a latte, the blue of the tisane blends beautifully with the white of the milk, and is neutral-tasting enough to make for a nice, warm milky drink. As iced or hot tea by itself, it can be anywhere from light to brilliant blue depending on how long it’s steeped, and as an additional flourish, the customer can be given a citrus fruit to squeeze into the tea so they can watch it turn purple, while adding a little zing to their drink. Its edible flowers can also be used in salads and desserts, any dish that can benefit from the visual of bright blue petals or the bright blue hue. All of these, by the way, are also incredibly photogenic, probably one of the reasons behind the flower’s rise in popularity.

Though the tisane has been a staple in local farm tours for years and its dried flowers have been readily available through local tisane producers and online shops, it’s only now appearing more often as a drink in coffee shops in the metro (this writer is fond of the Kombi Blue, a cold drink made from blue ternate tisane, grain milk, lychee, and cream cheese from Kombibrew, a mobile coffee shop that is run out of a Volkswagen Kombi, for example). This is great because it introduces more and younger people to this fascinating plant.

Before this, the biggest success a company has had in taking blue ternate to the mass market locally was with the award-winning Sirena Blue Pea Gin, which counts the blue ternate as one of its distilled botanicals. And before that, there have been some hit or miss attempts at marketing the blue ternate, many of them having to do with coloring random things like hot meat-based soup or traditionally brown snacks blue. Blue is a “light” color, so it works best as a “light” thing, hence the lattes, tisanes, liquor, and to color white rice, particularly in desserts, as is traditionally done in Nonya cuisine.

Its color aside, there are many reasons to drink blue ternate tea. It contains antioxidants and has anti-inflammatory properties. It’s said to boost brain health, reduce fevers, aid in weight loss, and improve sleep. It’s used in Ayurvedic medicine (traditional Indian medicine) to improve memory and combat stress.

In this world, there seem to be few things that look good and are also good for you. Thankfully, the blue ternate falls into this category. It’s pretty to look at, is fun to experiment with, and has health benefits, as long as it isn’t mixed with ingredients that might cancel them out, like too much sugar or alcohol (sorry, alcohol doesn’t count as a health drink). It took a while, but it’s leaving its health food niche and finally gaining popularity in the local mainstream.