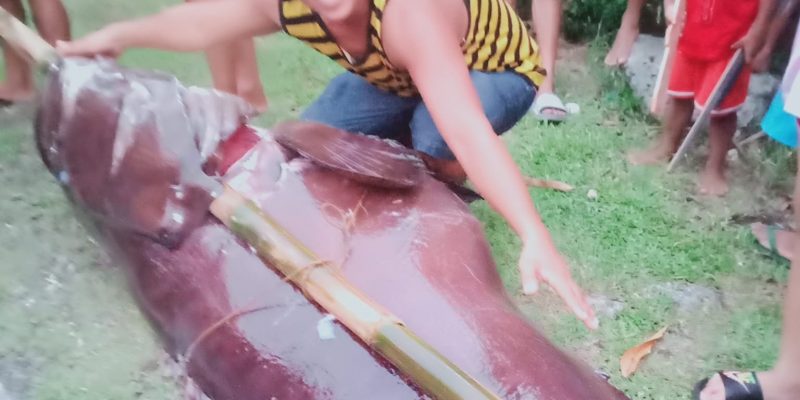 The lapu-lapu was even longer than the armspan of an adult man.

A 187 kilogram lapu-lapu or grouper fish was caught in Barangay Idio, Sebaste, Antique. As seen in a viral video, local residents were surprised as a group of men hoisted the enormous fish from the shore. The fish was around two meters, even longer than the arm span of an adult man.

Fisherman Rex Vego Jr. caught the fish on June 25, 2022 after five hours of struggle. According to a Facebook post by his aunt, Reah Davidson, Rex prepared baits so he could catch blue marlin or yellow fin tuna. It just so happened that the giant lapu-lapu fish was lured to Rex’s bait.

It took five men so they could raise the fish out of the net and carry it away from the shore. They had to impale a bamboo pole through its head and tie the pole to the tail to help them lift the fish. 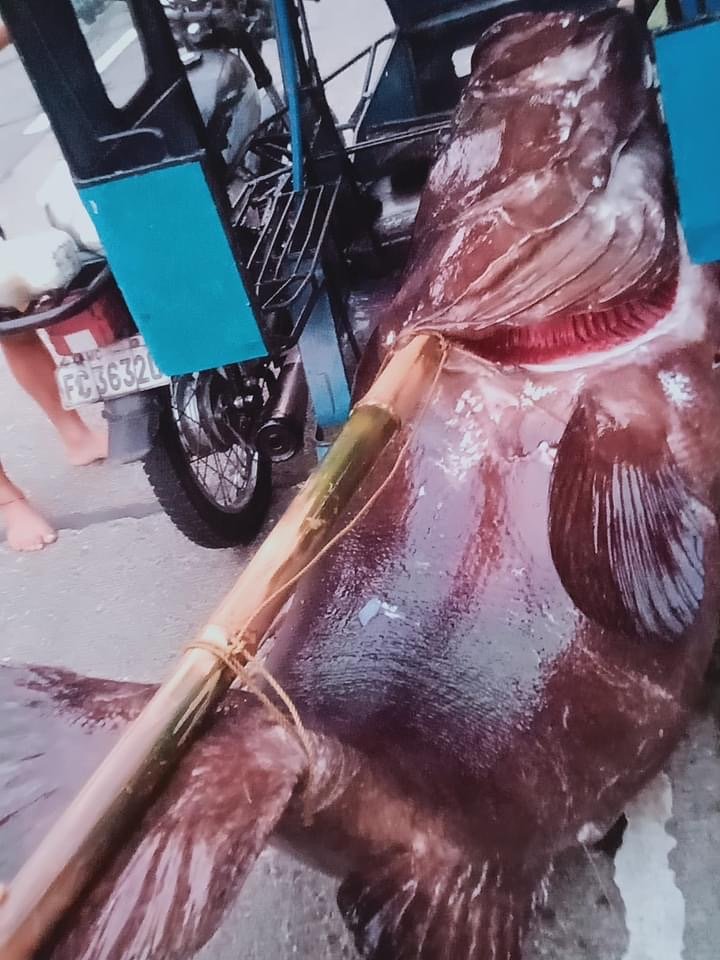 A giant lapu-lapu was caught in Antique.

The fish was so heavy that they had to chop it off into different parts and weigh them separately so they could get the full weight of the fish. The head weighed 50 kilograms, its meat weighed 107 kilograms, and the innards weighed 30 kilograms.

Some netizens had criticized the residents for catching the fish instead of returning it to the sea. Reah, in another Facebook post on June 27, defended her nephew saying that they did not intend to catch the fish and that the fish had already died before it was carried away from the shore.

Reah added that this is Rex’s way of life. “Sa isang mangingisda na yun lamang ang ikinabubuhay niya sa pamilya niya na may tatlong anak, who would be more pleased na maiuwi [niya] yun. (Rex only knows how to fish for a living and has to care for his three children, so his family would be very pleased with his catch.)”