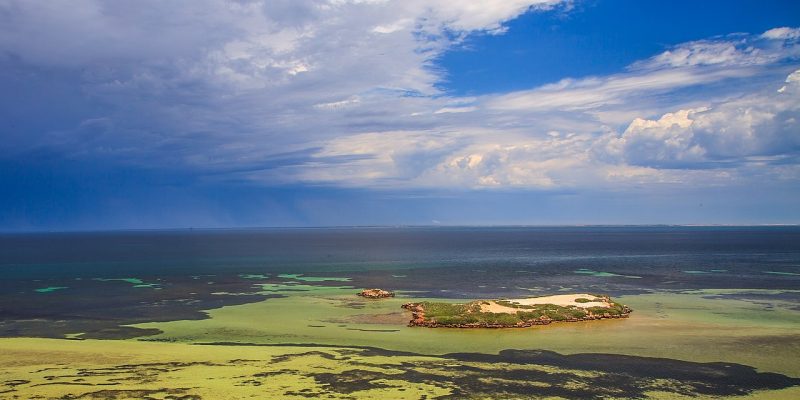 If seen from above, Poseidon’s ribbon weed (Posidonia australis) looks like a meadow of weeds, but it is actually a network of one single plant. This seagrass covers an area of 200 square kilometers and stretches up to 180 kilometers in length. Scientists discovered this network of seagrass while studying the biodiversity of Shark Bay, a protected marine zone in Western Australia.

The plant achieved its wide growth due to cloning. The plant expands horizontally by growing offshoots using underground stems or rhizomes. The new shoots develop their own roots and stem but remain genetically identical.

The plant is not one single continuous meadow of seagrass though. The network contains patches of empty space which scientists believe may be attributed to grazing marine animals and the effects of heatwaves.

According to scientists, Posidonia australis has been growing for almost 4,500 years. It continues to grow at a rate of 15 to 35 centimeters per year. It will continue to expand indefinitely, making it appear immortal. The designation of Shark Bay as a World Heritage Area by the United Nations Educational, Scientific and Cultural Organization (UNESCO) helped keep an environment where Posidonia australis was able to grow undisturbed.

Prior to this discovery, the largest plant discovered was also a network of seagrass called Neptune grass (Posidonia oceanica). It spanned 15 kilometers and was found in the Mediterranean Sea near the island of Ibiza, Spain.