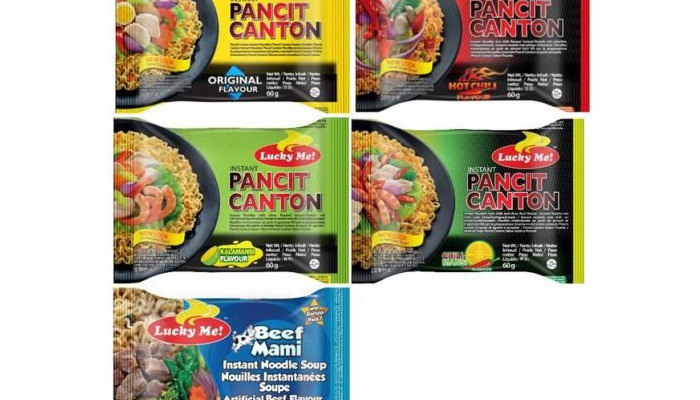 Packaging of five variants of Lucky Me! products recalled by France, one of three European countries to have reported high levels of ethylene oxide in the products.

The recall of three European countries on Lucky Me! products have spurred discussions on the safety of a readily available and cheap commodity that many families turn to. It is also a go-to comfort food for college students or young professionals on a budget. In times of calamities, instant noodles also help keep evacuees fed with its easy-to-prepare instructions, needing just hot water.

It is therefore a sudden cause of concern when three European countries, namely France, Ireland, and Malta, recalled Lucky Me! products due to high levels of a pesticide called ethylene oxide.

Ethylene oxide, also called oxirane, is used in the sterilization of hospital equipment and the production of various products like antifreeze, textiles, detergents, solvents, medicines, and adhesives. In the field of agriculture, ethylene oxide is used to disinfect herbs and spices, according to a July 7 statement by the Philippine Food and Drug Administration. The substance is often applied through fumigation.

The problem is that the use of ethylene oxide as any form of plant protection is not legal in Europe. Ethylene oxide is both mutagenic and carcinogenic, according to the German Federal Institute for Risk Assessment (BfR) whose official opinion on the matter is conferred by several European countries.

The BfR reported that long-term exposure of workers to a minimum of .003 parts per million (ppm) of ethylene oxide could lead to an additional cancer risk of 1:100,000. The figure, however, was determined based on inhaled air with ethylene oxide. For food products, various countries have this so-called maximum residue level (MRL), which sets the permissible amount of residual pesticide.

What is a high level of ethylene oxide?

No official figures have been disclosed by any of the three European countries as to how much ethylene oxide was detected from the recalled products. However, it is safe to say that the Lucky Me! products surpassed the MRL for ethylene oxide in Europe.

Limits on ethylene oxide in food have been put into law since 2015 but the EU’s problem with ethylene oxide only started recently. In September 2020, Belgium reported that there was a concerning amount of ethylene oxide in sesame seed products from India. Within a few months, most European countries had raised the same issue.

The German BfR investigated the risk of consuming the products and calculated that an amount as low as 0.037 parts per billion (0.000037 ppm) of ethylene oxide posed a low level of concern.

As recommended by the BfR, even if food products with residual traces of ethylene oxide only pose a low level of concern, such products should not be marketable. The reason is that when it comes to carcinogens, there would be no way to devise a quantifiable health-based value to safely guide consumers, producers, and regulators.

But Lucky Me! is safe, says Monde Nissin 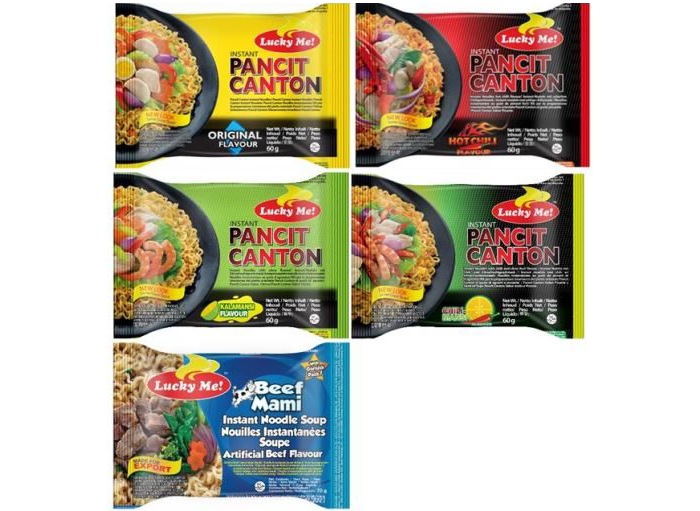 Packaging of five variants of Lucky Me! products recalled by France, one of three European countries to have reported high levels of ethylene oxide in the products.

Monde Nissin, which owns and markets Lucky Me! products, said in a statement on July 7 that their products remain safe to eat as they do not add ethylene oxide to their food products. It reassured its Philippine market that Lucky Me! products are compliant with safety standards set by the Food and Drug Administration (FDA) of both the Philippines and the USA.

The MRLs for ethylene oxide on food products in the USA are less stringent compared to the EU. Based on rules set out by the US Environmental Protection Agency (EPA), the MRL for ethylene oxide on herbs, spices, and dried vegetables is 7 ppm. They have also set an MRL for 2-chloroethanol, also called ethylene chlorohydrin, at 940 ppm for the same products.

According to the American Spice Trade Association (ASTA), ethylene oxide in its gaseous form can be used with nitrogen or carbon dioxide as a fumigant, sterilizing agent, or insecticide. It can be effective in eliminating salmonella and E. coli and reducing the presence of bacteria, yeast, mold, coliforms, and other pathogens. The US spice industry disclosed that they use approximately 800,00 pounds of ethylene oxide per year with around 32% of herbs and spices treated with the chemical.

Low levels of ethylene oxide may not be due to fumigation

Previous studies have shown however that spice may retain ethylene oxide several months after fumigation. The Agency for Toxic Substances and Disease Registry (ASTDR) of the US cited in a September 2020 report a 1971 study where commodities were fumigated as part of an experiment. The study showed that the fumigated commodities retained less than 1 ppm of ethylene oxide after 14 days.

But in practice, the EU Reference Laboratories (EURL) for Residues on Pesticides have stated in a December 2020 report that most findings of ethylene oxide detected under 0.1 ppm are not likely a result of proper fumigation.

The European Spice Association (ESA) stated in a September 2021 report that low levels of ethylene oxide can be attributed to the natural generation of the substance and cross-contaminaiton during storage or transport.

ESA cited a 1982 US study showing that vegetables could convert ethylene to ethylene oxide. Ethylene is a naturally occurring chemical that induces ripening in fruits. It may be that commodities reported for having ethylene oxide came in contact with commodities that emit ethylene which had then converted to ethylene oxide. A 1999 study in Spain found that 2-chloroethanol can also be produced when a plant ripens at a temperature between 20-45° C.

As for cross-contamination, this may happen when spice is stored or shipped with containers or pallets that had previously been used for commodities treated with ethylene oxide.

The issue surrounding the recall of Lucky Me! products is mainly driven by tight standards the EU has set for residual pesticides. Filipinos may take comfort knowing that a country like the USA has less demanding standards for the same substance. Still, further details need to be obtained before the public can fully assess the threat that ethylene oxide poses to Lucky Me! products. After all, no official figures on the amount of ethylene oxide were disclosed by the three European countries that ordered the recall.

The Philippine FDA said in a statement on July 7 that they are already investigating the issue and will be coordinating with Monde Nissin. Department of Health (DOH) Undersecretary Maria Rosario Vergeire also reassured the public on July 8 that the Philippines is not affected by the contamination due to the presence of local manufacturers.