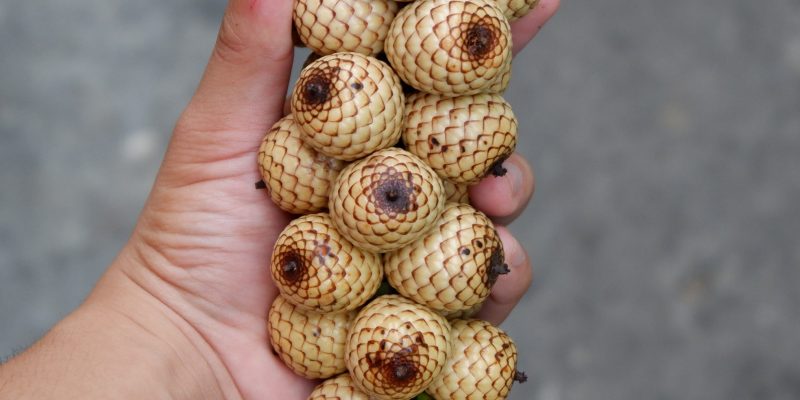 John Sherwin S. Felix, a home cook and avid foodie, has always loved exploring places since college. Local dishes and delicacies are the things he looks forward to the most on every trip.

He has a strong passion for Philippine food heritage, which is congruent with his skills in the kitchen.

“It is important to support and give focus to local food items because it supports food biodiversity and sustainability,” stated the twenty-something food advocate.

He emphasized that the use of these native ingredients is tied to the survival of the local producers and the preservation of food culture.

Out of Felix’s love for Filipino cuisine, an online archive called “Lokalpedia” was born.

Lokalpedia, a portmanteau of “lokal” and “encyclopedia,” is aimed at raising awareness and showcasing endangered, artisanal, heirloom, and non-mass-produced Philippine ingredients and food items.

Felix’s personal Facebook account served as the seedbed for this initiative. In a Facebook photo album titled Lokal, he uploads, compiles, and provides images and in-depth information about native crops derived from his research and exploration.

A project that matters

Last July 2021, Agriculture Online listed some endangered native ingredients that Felix shared in a Facebook post. That post generated a lot of favorable feedback, with many netizens mentioning native crops that weren’t on the list yet.

Felix recently shared another set of food items in a separate post. He wrote, “It is my dream to see, taste, utilize, and document our indigenous edible [crops].”

The staunch supporter of Filipino food heritage makes it clear that the project is non-profit and exists solely to promote what’s ours.

He noted, however, that those who have asked and are interested in supporting the cause are still welcome to do so.

Here are some of the recent additions to Felix’s growing visual collection of Philippine ingredients:

If you know and have tried Dumaguete’s binakhaw o kinilaw, a Filipino-style ceviche, then you are probably familiar with dungon-late. It is a Philippine-native mangrove tree that bears shiny, hard, and brown boat-shaped fruits. 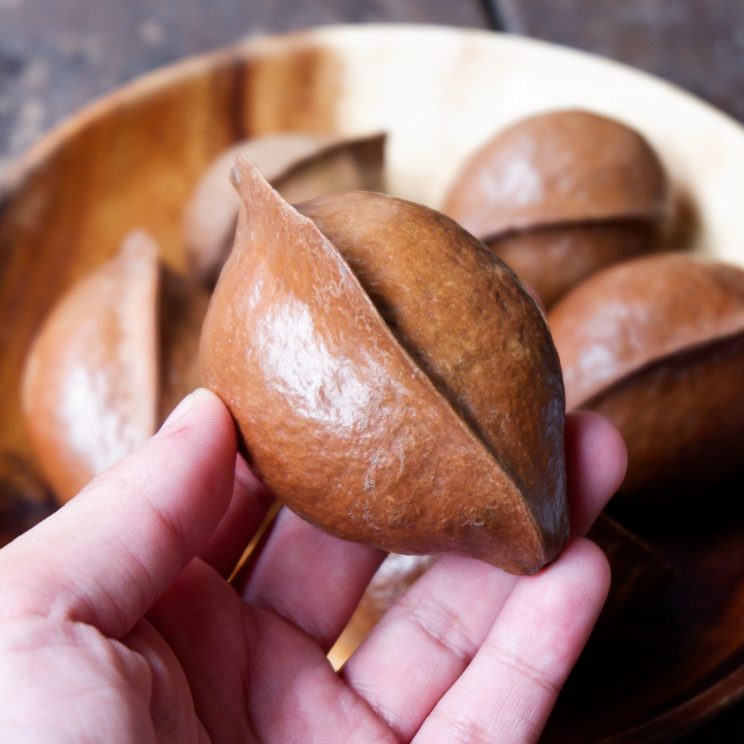 Read more: Philippine gems: Some endangered native ingredients that you need to know and protect

Katmon is endemic to the Philippines and thrives best in low to medium-altitude forests around the country. A fun fact, this fruit is also referred to as “elephant apple” due to it being a popular snack among wild elephants. 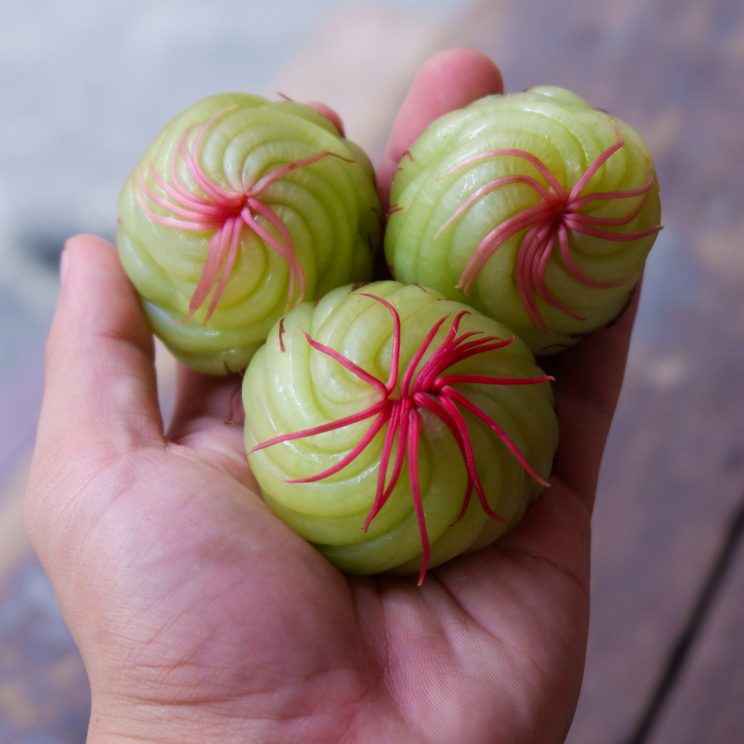 The katmon fruit has a flavor comparable to that of a green apple. It can be eaten raw, used as a souring agent, or processed into jams, sauces, and drinks.

Littuko is another name for rattan or yantok. Littuko possesses lanzones-like flesh and skin resembling that of a fish or a snake. It has a tangy sour flavor to it. It can be eaten with rock salt, pickled, or used as a souring agent in dishes. 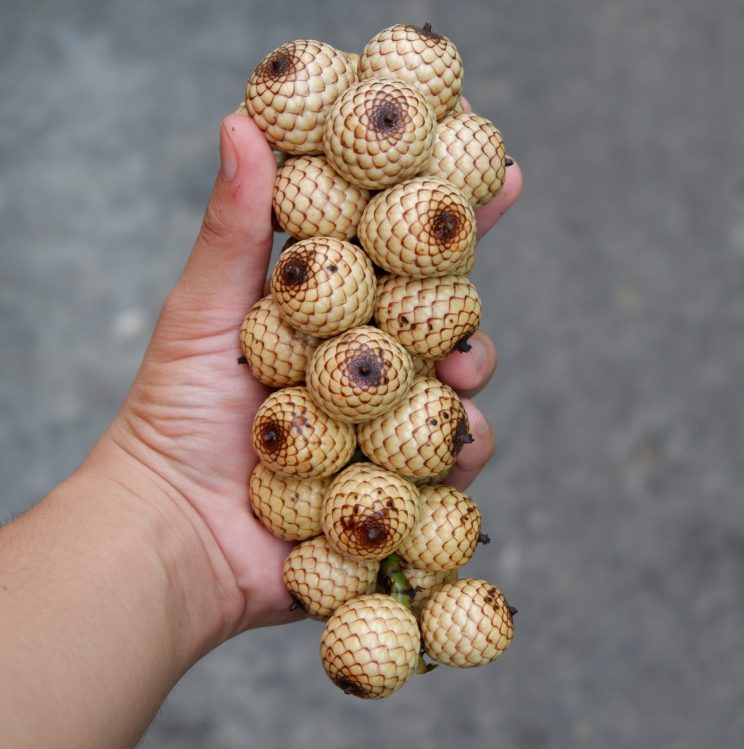 Lubeg, a Philippine cherry, is an example of an indigenous fruit tree that remains undervalued despite its potential. Lubeg fruits have squishy flesh and skin that is initially pale but turns red to violet as they ripen. They can be turned into vinegar, wine, jams, juices, and more. 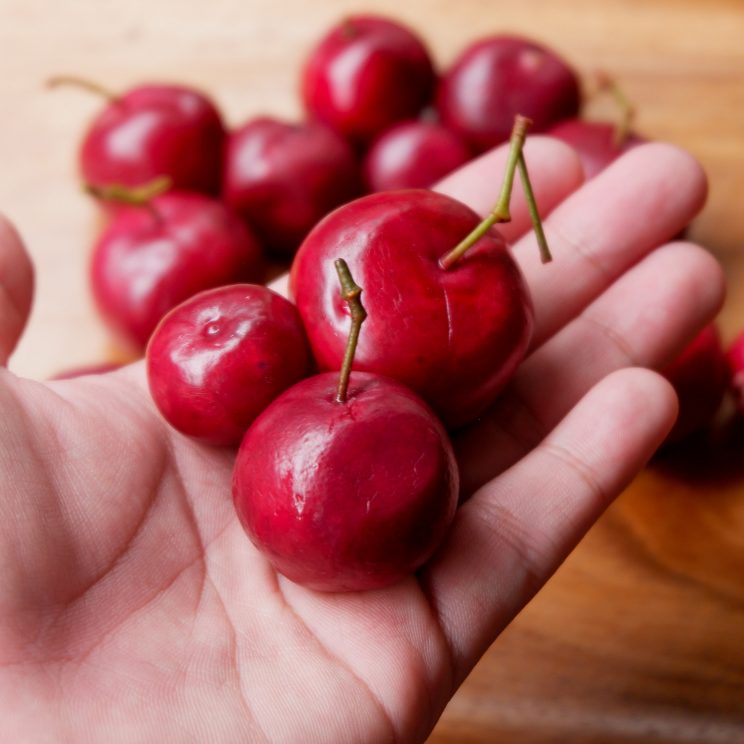 This fruit tree is frequently grown in Apayao, where it is known as “Malubeg,” and in some parts of Cagayan, where it is called “Alebadu.”

Mabolo, otherwise called velvet apple, is a fruit that grows on the Kamagong tree, one of the hardwood trees native to the Philippines.

“It has skin covered in a fine, velvety fur, which is usually reddish-brown. Its soft and creamy white flesh has a delicate taste and aroma comparable to a peach,” reads Felix’s caption.

He added that mabolo is sometimes likened to the flavor of an overripe apple, strawberry-mango yogurt, or even cheese. 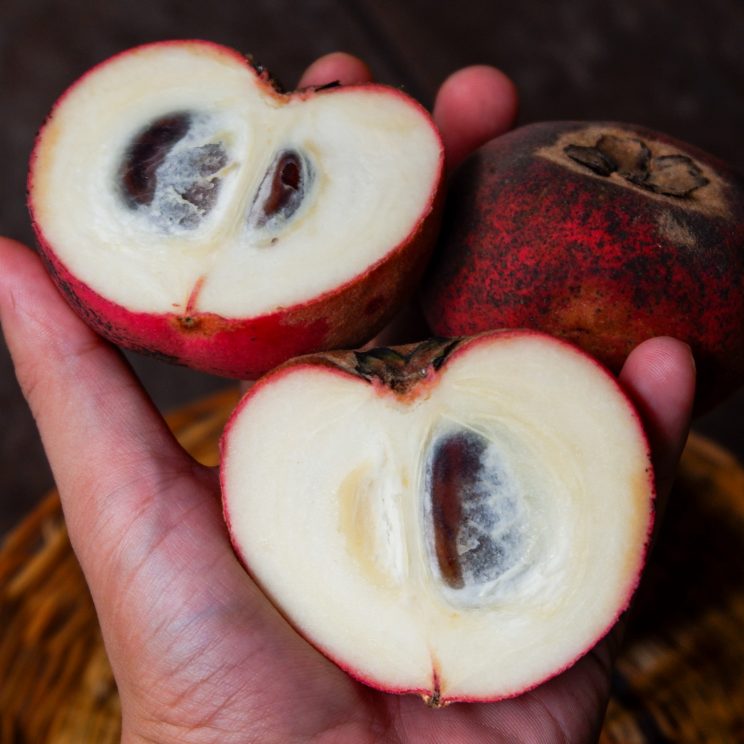 Felix’s initiative encourages others to share their stories and insights about endemic and native crops across the Philippines, and at the same time, helps spark a dialogue about their conservation.