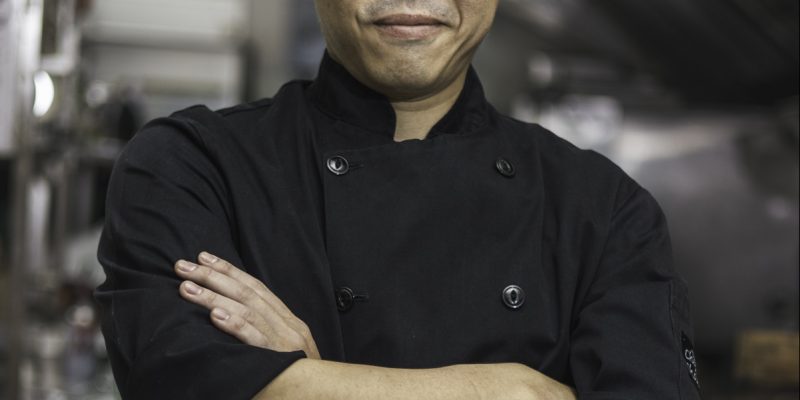 Chef Jonas Ng of James & Daughters believes that there is a link between eating, storytelling, and memory. (Michael Yu)

The easiest way to support a farmer is to buy their produce.

This is one of the principles behind James & Daughters, a restaurant in Pasig that specializes in comfort food from around the world.

“We really wanted to open a restaurant with dad and mom’s names on it. Mom’s style of food, which is comfort food, and dad’s way of running things, which is literally caring about people,” says Chef Jonas Ng, who trained, worked, and/or ran kitchens in 10 different cuisines, including French restaurant Le Jardin, before opening James & Daughters with partners.

He describes J&D’s food as “surprisingly familiar” because nothing on the menu is strange, and yet they are made in a way that can only be described as coming from Chef Jonas’ kitchen.

The restaurant prides itself on serving simple and nutritious food without preservatives. “Making everything from scratch gives us a lot of control over what we want to do,” Ng says. “…doing local because it’s fresher. And we’re fortunate to have so much really good produce around the country. It just needs a little bit of effort to seek them out.” 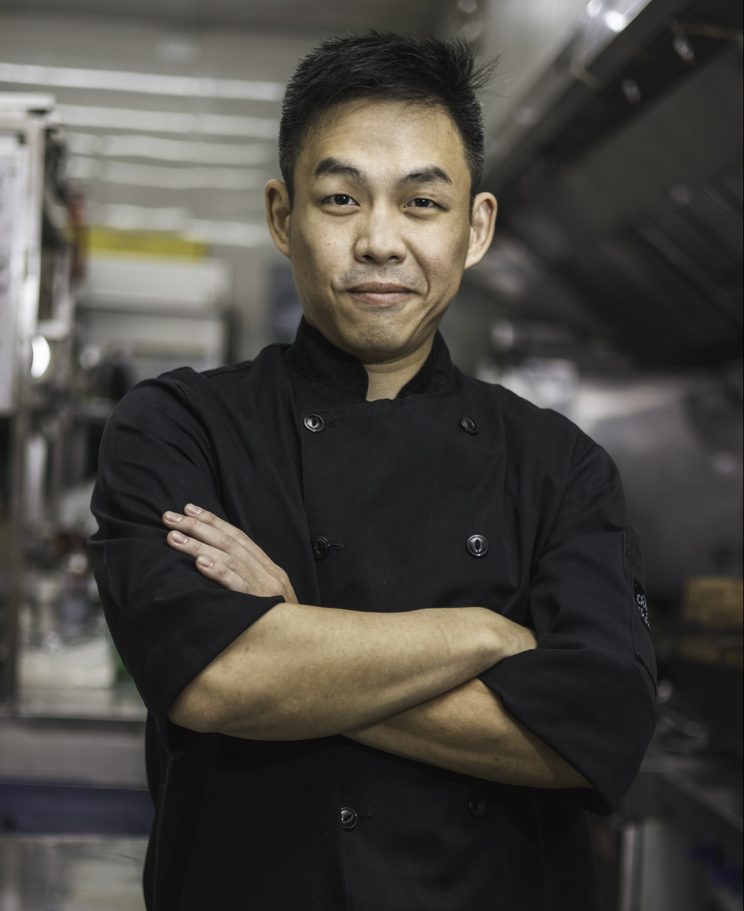 Chef Jonas Ng of James & Daughters believes that there is a link between eating, storytelling, and memory. (Michael Yu)

The chef is no stranger to the challenges endured by farmers and their customers practically everywhere in the country. “There is a big, big problem with logistics and supply chain here,” he says. “We’re trying to work things out using a lot of agritech. But it is a challenge to do something different. It’s a commitment.”

To find farmer-suppliers from all over the country, Ng tapped his network of friends, family, and colleagues. His father, in particular, works in the logistics industry where he regularly comes in contact with local agriculture practitioners. He would also go on trips with other chefs who shared his outlook so that they could all share suppliers.

Ng and his partners believe that local ingredients should be celebrated, not hoarded. This is the story behind the by-invitation-only Harvest Dinners (currently on hiatus due to the pandemic), which began in Le Jardin. “I would invite some of the producers I work with to meet some of the chefs [and] restaurateurs I work with,” he says. “We just cook for fun, we cook for each other, and it becomes a nice little thing and [chefs] get to meet the farmers, the farmers get to talk [to chefs], [and it’s] just establishing that dialogue, supplying the demand.”

For people who work with and love food, sharing a meal has been the perfect vehicle to meet, and hopefully work with each other.

An ongoing dialogue, an interesting menu

For Ng, it is important to have a sense of curiosity and come from a place of humility. His advice for chefs who want to work with farmers comes from a farmer friend, who, before he took Ng to visit his first farm, told him quite frankly, “Don’t be a Manileno. Don’t be this arrogant guy saying I want to help the farmers. Don’t be that guy. …they know what they’re doing.”

While many chefs who work with small farmers will ask the latter to grow specialty vegetables for them, Ng would rather work with what’s in season. “We tell them what we want, they tell us what’s available,” he says.

This means the restaurant’s menu is ever-changing. “My role here is to be as experimental as I [can be]…. [Not many] want to make the effort to work with these guys because they can be more expensive than imported ingredients because they don’t have scale… But I know the provenance. I know where it’s from…. I know the guys who grow most of my stuff, I know how they do it and I can vouch for the quality,” he says. “It takes a lot of experience and commitment to say, ‘you know what, we know the international stuff and we’re going to use local stuff to make it work.’ That’s the commitment.”

He cites Japanese and French cuisines as inspirations. “Find the best produce, [livestock, and seafood] at [their peak] and let it do its thing.”

Bestsellers include the kilawin made with tuna from General Santos City and coconut vinegar from Quezon, and the Suman ala Hasset, a suman stuffed with ube halaya topped with leche flan with coconut sorbet on the side served with coconut drizzle and latik bits. Everything is sourced locally and made in-house. 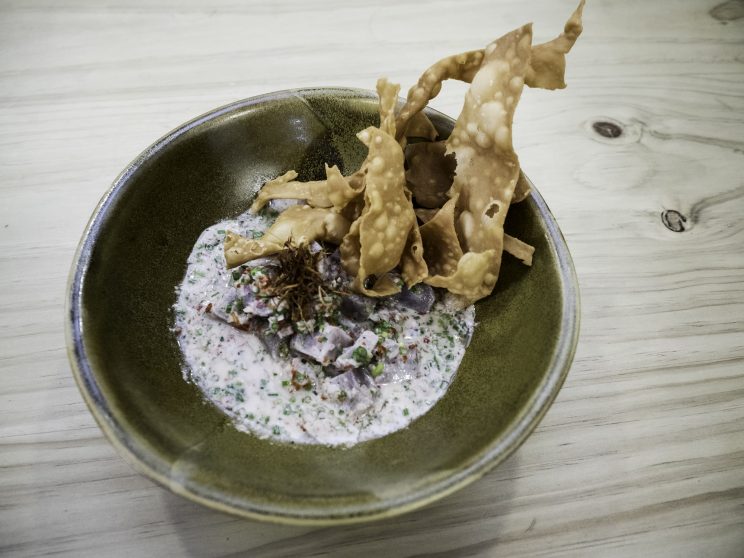 The kinilaw is made with sashimi grade tuna from GenSan, organic coconut vinegar from Quezon, fish sauce and sea salt from Bolinao, fresh gata, and herbs from Ng’s and the head and sous chefs’ personal gardens. (Michael Yu)

Some of the ingredients even come from Ng’s, the head chef’s, and the sous chef’s gardens in San Juan, Rizal, and Batangas respectively, where they grow unique herbs like holy basil, Thai basil, galangal, kaffir, and laksa leaf. “It took me years to figure out that galangal is widely used in Mindanao,” the chef shares. “…even in Negros, it’s prevalent, it’s just that they call it something different. They call it langkawas, which in Malaysia is lengkuas.”

Ng and his partners believe–and the restaurant’s loyal patrons agree–that working with local farmers and fishers is good not just for the restaurant and agriculture industries, but for the diners’ palates as well. “Having that conversation between the producers and us makes our cuisine more vibrant,” he says. “A rising tide lifts all ships, right? So let’s just all help each other and the whole industry will grow.”