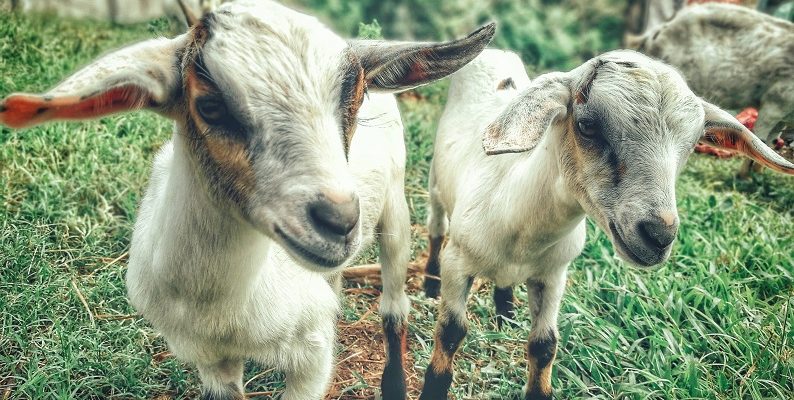 Photo by Ruel Madelo from Pexels.

Move over Dumbo because real-life Simba, a kid (baby goat) in Karachi, Pakistan, is capturing the hearts and attention of the internet with his outstanding 22-inch ears.

Simba was born on June 4, 2022 with his ears already 19 inches long. His owner, Mohammad Hasan Narejo, hopes to register Simba at the Guinness World Record for the “longest-eared goat.” No record has been set for this category, so Guinness is evaluating if  Simba’s ears are indeed record-breaking.

At just two weeks old, Simba was already appearing in Pakistani and international media, but stardom comes with a price. Simba’s ears sometimes get in his way, causing him to trip. Narejo has been folding Simba’s ears around his back so he does not step on them. Narejo has also crafted a pouch to keep Simba’s ears on his back. This allows Simba to run and play without having to worry about tripping over his ears.

Another source of concern for Narejo are competing goat breeders envious of Simba’s popularity. Narejo has been praying and participating in traditional rites to ward off any ill will. He recites verses from the Quran and blows on Simba to cast away what Narejo calls the “evil eye.” He also fixed a black thread with Quranic verses around Simba as part of the  traditions he inherited from his elders.

Getting recognition from the Guiness World Record is not only for himself though. Narejo said that such recognition may help promote Pakistan’s image as a world expert on goat breeding. Long-eared Simba may not fly like big-eared Dumbo, but Narejo believes Simba’s name will “roam the whole world.”