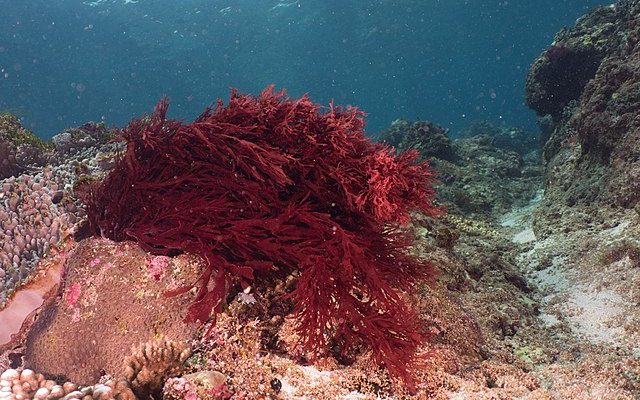 Pollination is not limited to plants on land. A new study shows that a red type of algae, Gracilaria gracilis, uses tiny crustaceans to disperse its sex cells in what looks like to be the aquatic version of pollination. The findings of this study conducted by researchers from the Sorbonne University of Paris suggest that pollination may have first started underwater.

They placed male and female algae 15 centimeters apart inside tanks. They ensured there was zero water movement in the tanks to eliminate the effects of water flow. Some of the tanks had the presence of Idotea balthica, while others did not. The researchers found that fertilization was 20 times more successful in tanks where the crustaceans were present. To further support their findings, researchers studied the tiny crustaceans under a microscope and found that the male sex cells of the red algae have attached to them.

The study was conducted to minimize the effect of the movement of water, which in their natural environment, would inherently carry the gametes of algae like how the wind carries pollen. The researchers did acknowledge this aspect but noted that fertilization of algae often happens when the water is calm at low tide, thus implying the importance of crustaceans during these conditions.