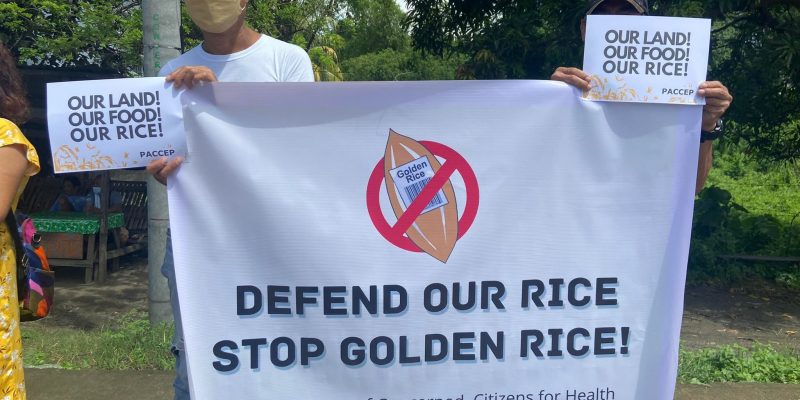 The Panay Alliance of Concerned Citizens for Health & Environmental Protection (PACCEP) group rallying against the introduction and commercialization of Golden Rice in the Philippines. (PACCEP/Facebook)

“Our Land, Our Food, Our Rice! Reject Golden Rice!” is an outcry of countless farmers and concerned consumers over the recent approval of Golden Rice’s application for varietal registration by the National Seed Industry Council (NSIC) and DA’s issuance of a biosafety permit for Golden Rice propagation in the Philippines last July 2021.

On August 8, 2022, the Stop Golden Rice! Network (SGRN) Philippines initiated an online solidarity action against golden rice to mark the 19th anniversary of the International Day of Action Against Golden Rice.

SGRN is a regional campaign network dedicated to increasing network support and campaign collaboration in the face of corporate domination over food and agriculture.

During the event, several farmers, consumers, and local and international groups, such as Mindanao Magsasaka at Siyentipiko para sa Pag-unlad ng Agrikultura (MASIPAG) and Kilusang Magbubukid ng Pilipinas (KMP), came together to defy the commercialization and entry of genetically modified (GM) rice and other crops in the country.

An overview of Golden Rice introduction in the Philippines

The 8th of August 2013 was a momentous day for several rice industry players. The joint efforts of over 400 farmers, youth, women, and allies from other sectors paid off on that day; putting an end to the Golden Rice field testing that the International Rice Research Institute (IRRI) and the Philippine Rice Research Institute (PhilRice) had secretly carried out on an experimental farm in Camarines Sur, Bicol.

The re-emergence of the Golden Rice project today has prompted rice farmers to unite, voice their opposition, and raise awareness about its negative effects on the environment, consumers, and producers. 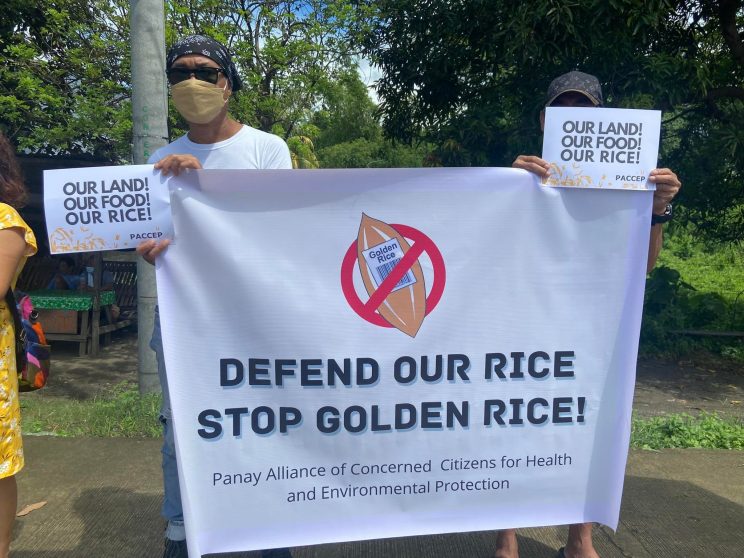 The Panay Alliance of Concerned Citizens for Health & Environmental Protection (PACCEP) group rallying against the introduction and commercialization of Golden Rice in the Philippines. (PACCEP/Facebook)

Golden Rice is a genetically modified crop that was developed to address Vitamin A deficiency (VAD), which is a common problem among children.

Proponents of Golden Rice claim that it is the answer to VAD, but food producers argue that vitamin A can be easily obtained from widely available local crops that are cheaper and naturally high in vitamin A, such as kamote and malunggay. 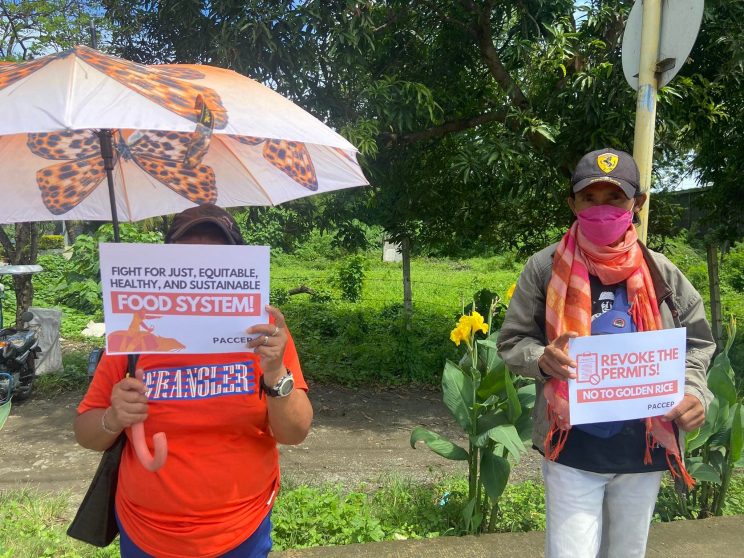 “If the government wants to end VAD and malnutrition, it needs to give importance to agriculture to achieve the country’s food security by providing appropriate support to farmers’ production that is sustainable and does not damage the environment,” said Rodolfo Cortez, MASIPAG Visayas’ Regional Management Team Chairperson, as written in a Facebook post. (MASIPAG Visayas/Facebook)

Alfie Pulumbarit, MASIPAG National Coordinator and SGRN Co-convenor, mentioned during the event that the pursuance of Golden Rice in the country is an insult to the farmers’ knowledge, seeds, and techniques, as well as to the public’s choice in terms of how they want to ensure their food and food systems toward self-reliance.

KMP noted in their statement, “Golden rice is not a solution to vitamin A deficiency. It contains too little vitamin A. One has to consume 3.75 kilos of golden rice to receive an adequate amount per day.”

As the feeding trial nears, several farmers from the Bicol region, where the pilot deployment is set, have also expressed their disapproval of it.

“We have long asserted that we don’t need GMOs, which are intertwined with the use of toxic pesticides and herbicides. We have our own traditional rice varieties and sustainable ways of farming. We have also established and developed our diversified and integrated farms which are our source of nutritious food, pride, and freedom” Oliva added.

Amid the continued drive for GMOs in the country, these farmers continue to advocate for a food system that is safe, sustainable, natural, and GMO-free.