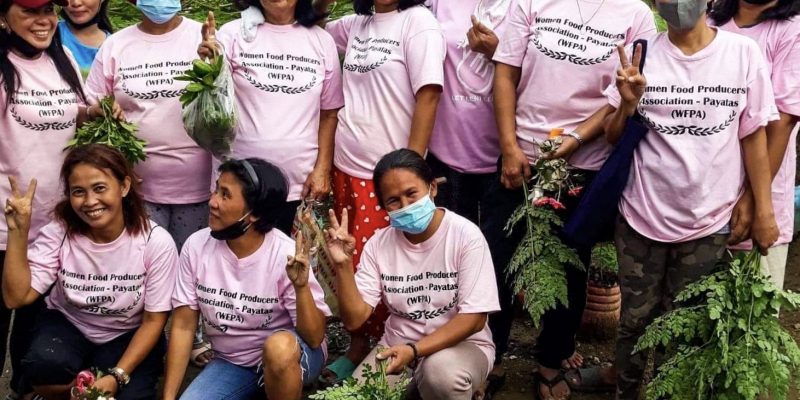 Some of the members of the Women Food Producers Association of Payatas behind the flourishing community garden.

Long-standing threats to the survival of many Filipino families include poverty, hunger, and malnutrition. Hunger and unemployment rates escalated during the pandemic, leaving more and more Filipinos hungry and broke.

In Payatas, Quezon City, 200 women came together to build and sustain an urban garden that now provides nutritious food to their community in the face of the pandemic’s health risks.

AGREA, a woman-led social enterprise, understands the needs of the locals and is one with the Payatas women in curbing urban hunger.

In the midst of the pandemic, AGREA, together with Puso ng Ama Foundation, donated different kinds of vegetables to Payatas communities. Unfortunately, donations of fresh produce started to run short and donor fatigue set in. That’s when they thought of a community garden as a key to food sustainability. They called it the Urban Agriculture Program.

Alongside the establishment of the garden is the creation of the Payatas Women Food Producers Association, a group of 200 women who have received farming training from AGREA. 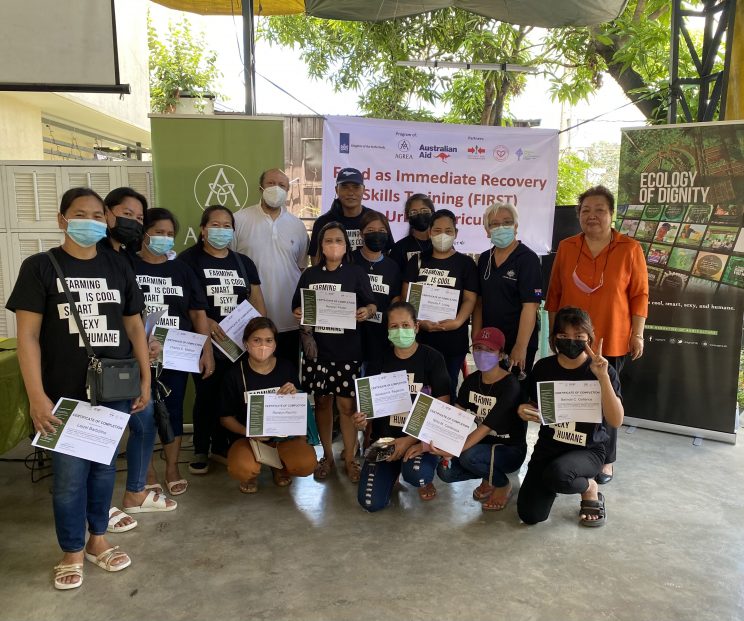 AGREA founding farmer and president Cherrie Atilano is a witness to how food-insecure Payatas is during site visits. There’s another problem she discovered there: domestic violence. Cases of domestic violence among women are particularly high amid the pandemic and women in Payatas suffer from this, too.

Atilano shared that two mothers committed suicide due to domestic violence. This is the main reason AGREA places such a strong focus on women’s empowerment. 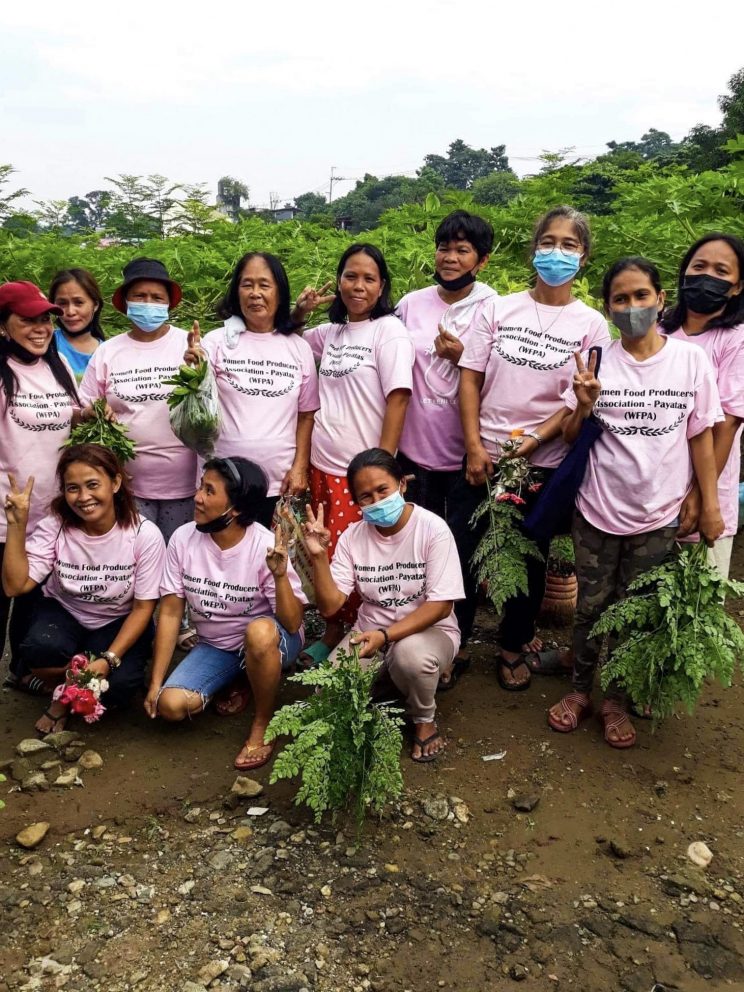 Some of the members of the Women Food Producers Association of Payatas behind the flourishing community garden.

She also emphasized that women are more strategic at home, especially when push comes to shove during difficult times. “It’s really the mother who will look and provide food on the table and find resources for their children’s needs.”

“So we went there to listen to the women,” she added. They asked several women in Payatas about their dreams, visions, and activities, which they consolidated and used as a reference in ensuring everyone is on the same page.

Among the women of Payatas, AGREA initially selected and trained 40 of them through the assistance of the Puso ng Ama foundation led by Father Paul Uwemedimo. “These are women who are also active in church and don’t have much. Their spouses are [usually] unemployed while rearing a large family. They are the poorest of the poor.”

Atilano said that when they were looking for people to reach out for the project, they were not just looking for women from underprivileged households, but those who are willing to participate and take ownership in sustaining the community garden. 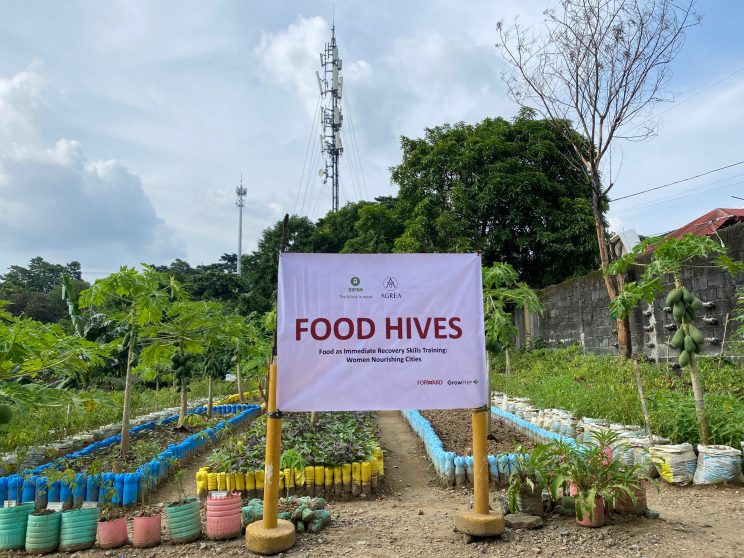 Last May 24, 2022, AGREA was able to train and empower women of Payatas through the commencement activity titled, “Food Hives: Women Nourishing Cities Program – FIRST (Food as Immediate Recovery Skills Training).” The women trainees were able to establish food gardens in their homes and an 800-square meter community garden in which they were able to harvest 300kg of healthy and organically-grown vegetables and more.

With AGREA’s years of experience in running farm schools in rural areas, Atilano admits that they initially thought it would be easy to do the same in an urban setting, but later found that it wasn’t the case. For one, the toxicity of soil and environment in Payatas, a barangay known for its dumpsite, is not conducive to food production.

To solve this problem, they transported 40,000 kilos of good quality soil from Bulacan to the 800 sqm community garden in Payatas. At that time, trucks weren’t allowed to enter Payatas due to the lockdown, plus the roads are narrow so accessing the garden isn’t easy. Determined, the ladies carried sacks of soil and walked a kilometer distance to bring the soil to the farm. 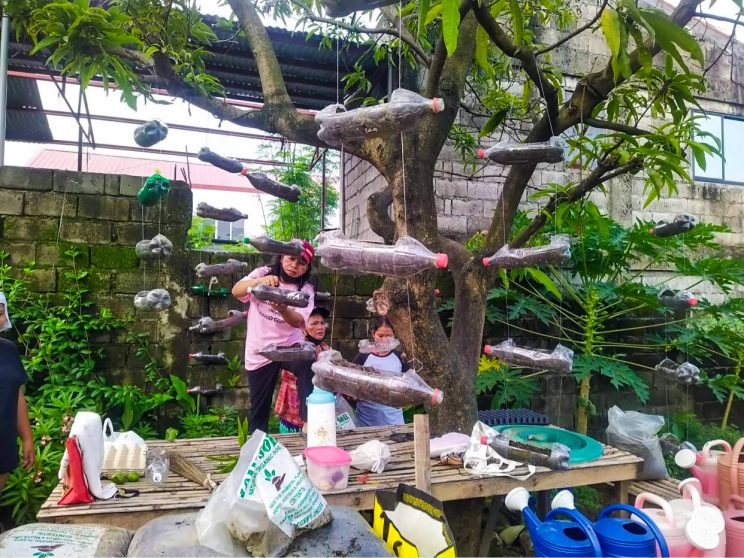 They practice organic composting to ensure crops get enough nutrients. They have tubs of organic fertilizer and gather eggshells from a local carinderia to make calcium phosphate. Through sets of training, they learn how to take care of the soil.

Aside from skills development initiatives, AGREA also provided the women with farm materials such as seeds, seedlings, soil, and a composting facility. One of their partners, East-West Seed Foundation (EWSF), also offers seedlings to the women farmers of Payatas.

Now, the women are already producing papaya, kamote, malunggay, eggplant, and other crops that not only nourish the community but also provide them with extra income. Their buyers are mostly their neighbors and local eateries in the vicinity. 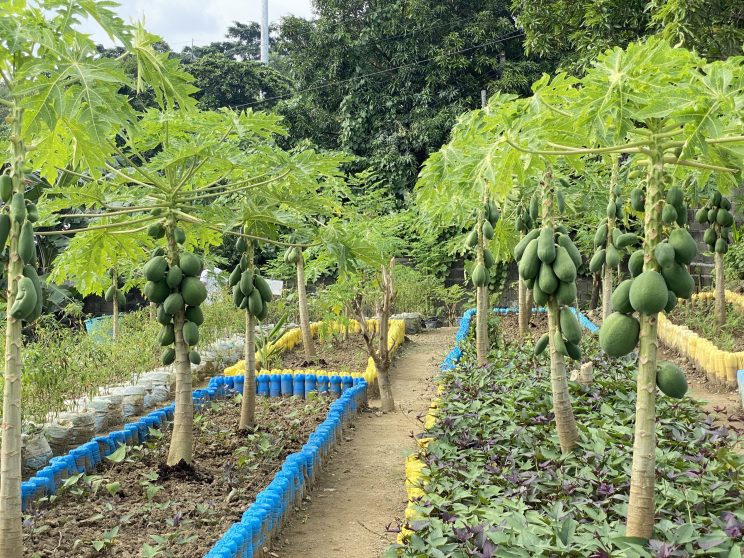 Papaya thrives on the 800 sqm urban farm. Growing papaya saves the women of Payatas from buying them in the market and even earning a profit from them due to the plentiful papaya harvest.

When it comes to management, the women leaders of the association assign tasks and schedules for members to follow. “It really fosters camaraderie and friendship to the community also,” Atilano said.

Indeed, women are valuable resources from the farm to the household. They are, according to Atilano, the most powerful force of diversification on the farm.

“When you empower the women, they understand the needs of the household. From budgeting, food requirements, so you build healthier Filipino households and new clauses of a family with budget at home na, they can send their children to school. If we empower them, this is like the best foundation to magnify the work that we’re doing in agriculture.” 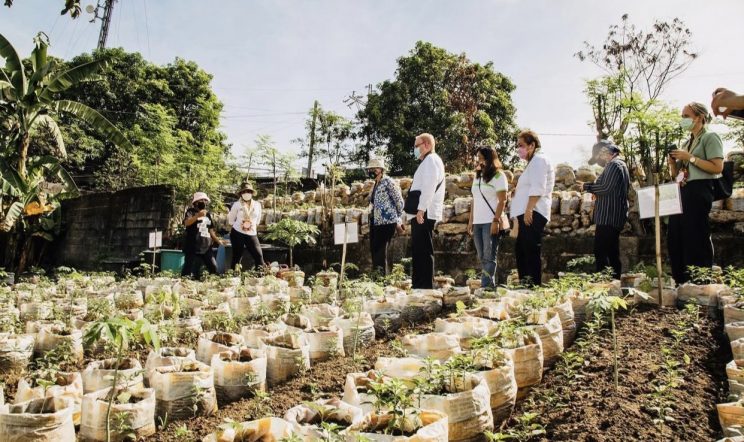 AGREA is in partnership with the Kingdom of the Netherlands, Australian Aid, East-West Seed Foundation, Good Shepherd, and Puso ng Ama Foundation in this project.