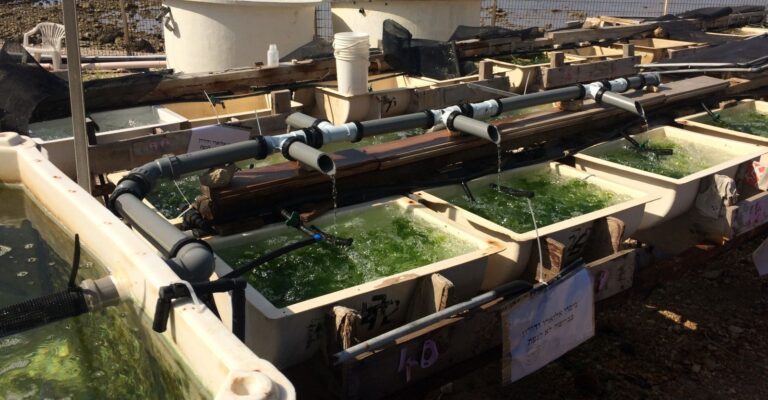 The aquaculture setup used in the seaweed cultivation in Israel Oceanographic and Limnological Research Institute (IOLR). (Photo courtesy of IOLR)

While seaweed, in its natural form, is already a good source of nutrition, Israeli researchers developed a new process that adds enough nutrients to cultivated seaweed to be called a “superfood.”

Heeding the call to mitigate the environmental impact of fish farms and, at the same time, help in mitigating malnutrition, PhD student Doron Yehuda Ashkenazi developed a system integrating a solution for the two concerns through aquaculture. Under the guidance of Prof. Avigdor Abelson from Tel Aviv University and Professor Alvaro Israel from the Israel Oceanographic and Limnological Research Institute (IOLR), Ashkenazi developed an aquaculture technology that safely enriches the seaweeds with fish waste coming from fish farms. 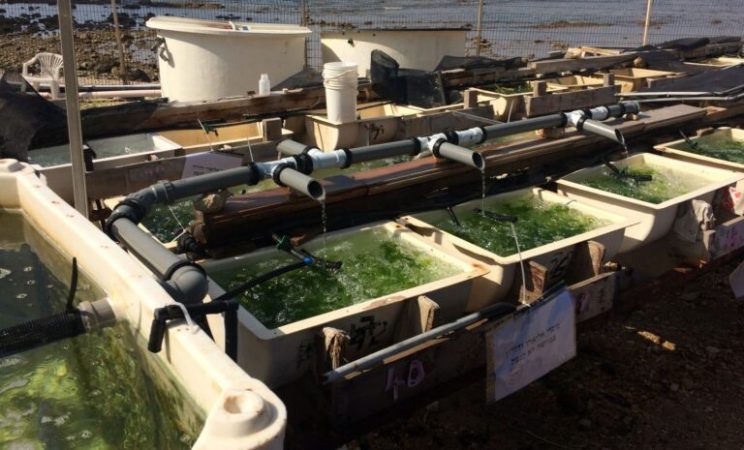 The aquaculture setup used in the seaweed cultivation in Israel Oceanographic and Limnological Research Institute (IOLR). (Photo courtesy of IOLR)

In his project, Ashkenazi set up a two-step aquaculture system, where the nutrient-rich effluents or waste from fish farms are diverted into a series of seaweed cultivation tanks. With base water from fish farms, the cultivated local seaweed species of Ulva, Gracilaria, and Hypnea were then exposed to different controlled environmental conditions to enable the enrichment of the desired nutrients in their tissues. This method resulted in higher growth rates and a significant increase in protein, starch, and minerals after several days. Beyond its nutritional value, the seaweeds were also able to remove the excess ammonia and nitrogen in the wastewater by up to 75%.

According to Ashkenazi, this “superfood” seaweed can help mitigate the problems of malnutrition, supplement a vegetarian diet, and even be used in cosmetics or animal feed.