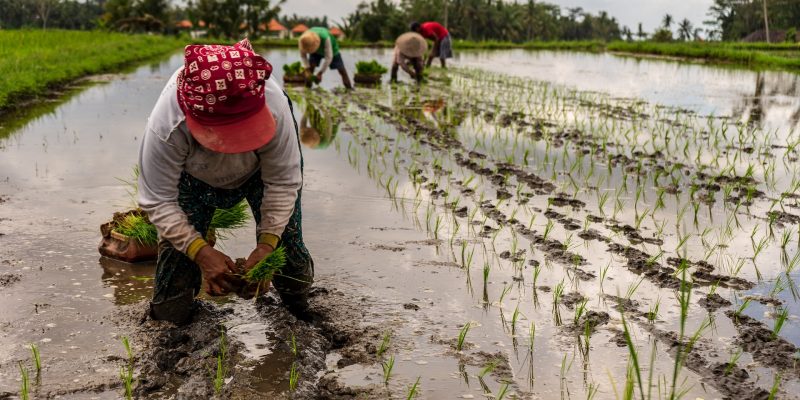 Workers at a rice paddy. (Photo from: Tim Shepherd/Unsplash)

The world’s farming population is growing older. In the Philippines, the average age of a farmer is already 57, according to the Department of Agriculture – Agricultural Training Institute (DA-ATI) in 2013.

Agriculture boomed after the Second World War through the 1970s. The combination of high land prices and inflation pushed young would-be farmers back then to venture into other career paths, according to Paul Lasley, retired Extension sociologist with Iowa State University in the United States (US).

The economic crisis during the 1980s triggered an irreversible change in the dynamics of agriculture, according to Pamela Riney-Kehrberg, professor of history at Iowa State University in the US. The resulting trend in the 1980s continued until today, wherein the percentage of very young farmers dropped to 2% at present, according to her.

While several farmers have survived the economic and environmental crises in the past decades, farming may not be their choice for their children’s future. The aging farmers toiling on the land since the 1970s and 80s are what Riney-Kehrberg calls “last generation” farmers. They may have kids and relatives who will inherit the land, but many of them don’t have someone to farm anymore. “Young people who wanted to farm often couldn’t get the credit they needed to get started, or lost their opportunity when their fathers lost their land,” she says.

With an aging farming population, the future of agriculture is at stake. However, the growing interest in locally grown food with less dependence on massive land investment can pave the way for more sustainable farming options.