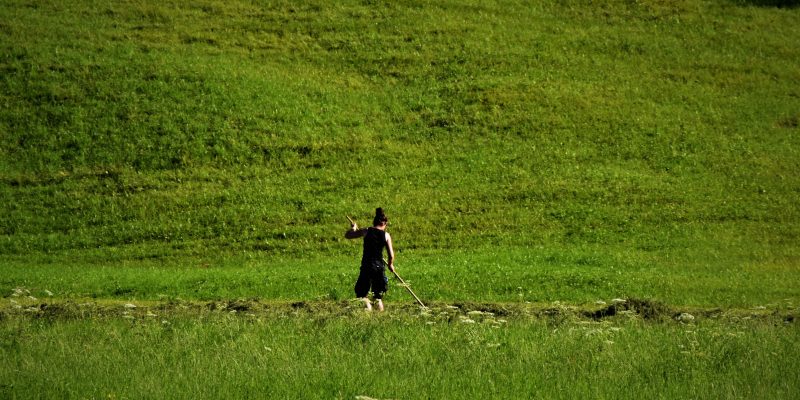 Agriculture is traditionally considered a man’s field, with women typically just in the background. However, women have also played critical roles in farm production, from egg and butter sales to victory gardens, to growing food for the family.

In recent years, there’s been an uptick in the number of women taking on bigger roles in agriculture. Particularly in the United Kingdom (UK), the ratio of female farmers rose to 17% from 7% in 2007-2008. The UK Higher Education Statistics Agency also noted that female students now outnumber men, making up 64% of enrolled students in agriculture and related higher education courses.

There are multiple reasons why people shift paths and venture into farming. Hannah Jackson, a young female farmer from Liverpool, UK, shared that she was inspired to pursue farming after witnessing a lamb giving birth; her enthusiasm for the natural world awakened and she decided to go into the male-dominated industry. “I had people that wouldn’t give me a chance when I originally came into farming: I had red hair, I was a proper Scouser, I’d never run a farm before, and I was female, so I had many different barriers that I was trying to overcome,” she shared.

Another female farmer from the UK, Liz Haines, shared that there is a negative perception that farming is not for educated people. However, the negative perception didn’t stop her from farming, especially since she is making more money now and has considerable free time for the kids than with her previous office jobs.

Sinead Fenton, a geology graduate, was inspired to shift into urban farming because of her interest in producing healthy food and doing a sustainable job. “Working in an industry that was so unsustainable, I wanted to try and channel myself into something more sustainable and made a tangible change,” she said.

The boom in the number of empowered women taking more active roles in agriculture can transform the dynamics of food systems. Ensuring that their contributions to agriculture are recognized by their communities, policymakers, and society and that they can make strategic choices about their involvement in food systems has benefits for all.