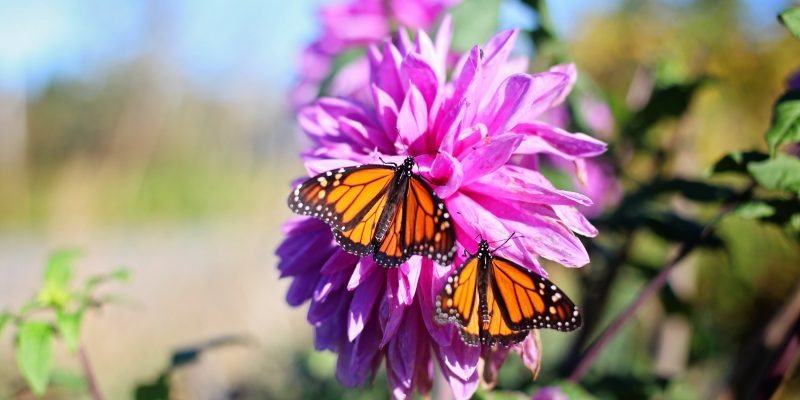 São Tomé and Príncipe, an African island nation in the Atlantic Ocean, is one of the world’s biodiversity hotspots. It is famously known for its 116 species of butterfly, several of which are endemic to its islands.

In a bid to protect São Tomé and Príncipe’s remaining forests while boosting the economy, local conservationists have launched a project to help farmers breed butterflies.

The project, in collaboration with the international conservation organization Birdlife, aims to export 10,000 chrysalids from 22 species of butterfly to collectors in Europe per year.

Through this initiative, conservationists aim to divert local farmers from environmentally-destructive practices such as illegal logging by giving them a more profitable and sustainable livelihood. Farmers are projected to earn around 1,800-4,000 euros (PhP 107,242-238,315) per year, according to one of the NGO partners of Birdlife.

“I decided to start producing butterflies because it’s sustainable financially, and it will have a positive impact on biodiversity and its conservation,” said António Alberto Camuenha, one of the farmers who initially signed up for the project.

The island nation of São Tomé and Príncipe is the latest country to venture into butterfly farming. At present, Costa Rica and the Philippines are the top exporters of butterflies in the world.