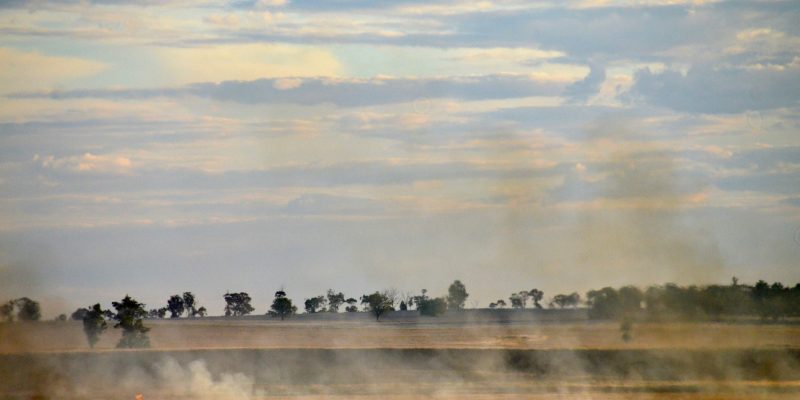 Air pollution is one of the most significant environmental risks to health, causing around four million premature deaths yearly, according to the World Health Organization (WHO). In rural areas, crop residue burning is a common source of air pollution, despite imposed restrictions.

According to Khalid Saeed Wattoo, a Pakistani farming consultant, many farmers still practice crop residue burning despite its environmental and health consequences due to time, labor, and financial constraints.

However, a significant decrease in on-site burning of crop residue was observed in several rice-growing villages in Pakistan. According to Wattoo, three factors affect the reduction:

Second, there is a growing demand for biomass from leftover rice straw among the producers in the industry and livestock sectors. As a result, more and more farmers are selling their crop residue instead of simply burning them.

Third, an increase in the price of fodder pushed smallholder farmers to use rice crop residue to feed their livestock.

The success stories at the grassroot level can be used as leverage to improve trade systems and realize the economic value of crop residue. Government-led initiatives to help farmers and industries develop products from crop residue will lead to further reduction of agriculture-sourced air pollution.