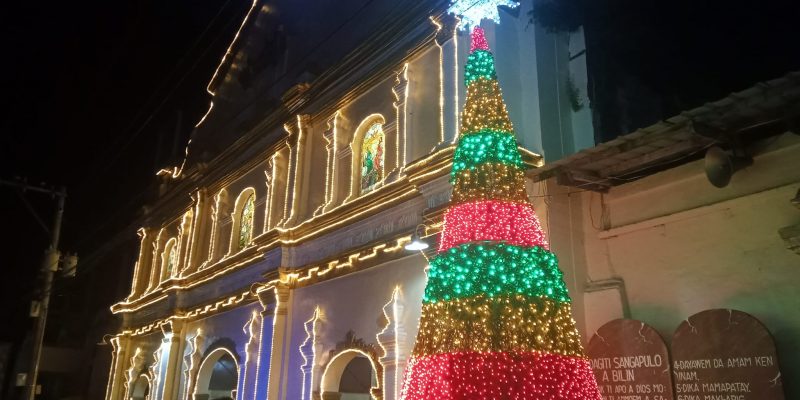 Filipino Catholics mark the last nine days of the Christmas countdown with Simbang Gabi–consecutive votive masses in anticipation of Christmas and to honor the Virgin Mary.

From December 16 to 24, devotees from all walks of life make an effort to wake up every dawn to attend the novena masses which start as early as 4 a.m. to pray for their personal intentions. Recently, there were already evening anticipated masses from December 15 to 23 to accommodate others who cannot attend the dawn masses.

The reason behind the early morning Christmas tradition

Kevin Conrad Ibasco, a Bachelor of Arts in History graduate from the Polytechnic University of the Philippines, explained that the early schedule was originally meant to accommodate farmers during the December harvest season.

“In a chronicle written by Fr. Alcian, this Filipino Christmas tradition originated in Spain and Mexico before it reached the Philippines in 1668 as ‘Misa de Aguinaldo’.The term was first mentioned in a papal bull by Pope Sixtus V. The Spanish word ‘aguinaldo’ pertains to the gift or almsgiving (in the form of breakfast food which was usually given to the poor). It was done during dawn hours to allow the farmers to attend masses before working in the fields,” he shared.

The term ‘Misa de Gallo’ is deeply rooted in the country’s agricultural tradition. The word ‘gallo’ from the term Misa de Gallo is the Spanish word for rooster. The masses typically occur early in the morning, when roosters are just yet to crow to signify daybreak.

During the Spanish colonial period, many farmers, especially rice farmers, harvested crops during the month of December. This is one of the reasons why many of the popular local delicacies being sold during Christmas time, such as bibingka, puto bumbong, and tupig, are made of glutinous rice.

A longstanding tradition rooted in sacrifice

Ibasco was born in Tayug, an agricultural town in the province of Pangasinan. As someone who has seen firsthand the dedication of farmers, he shared that attending Simbang Gabi masses can also be a moment of reflection on the sacrifice of Filipino farmers.

“One thing in common that connects dawn masses and farming is sacrifice. Sacrifice is deeply rooted in our culture. We endure this act of asking for a favor and hoping for more blessings,” he said. “Farming requires a lot of hard work and sacrifice. Waking up early equates to how they will start the day productively and finish their farming duties before the day ends,” he added.