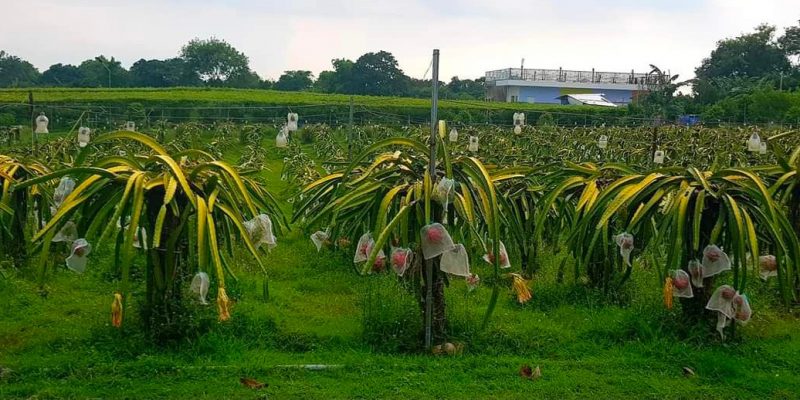 Businessman Teddy Nuez always wanted to retire on a farm, so when the opportunity arose, he immediately turned that dream into a reality.

Nuez is the proprietor of Fortune Dragon Farm in Barangay San Juan in San Jacinto, Pangasinan. Established in 2015, the farm started with three hectares and now spans 12, producing different crops and is home to different farm and 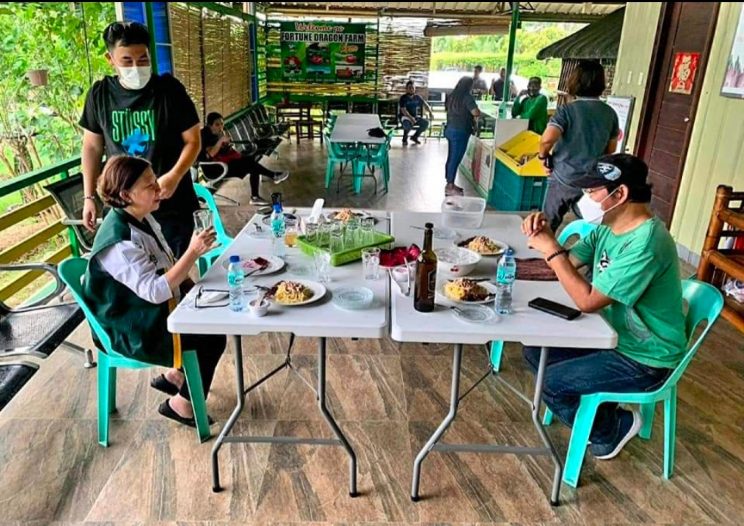 exotic animals. What it is most known for is its main crop, which is also what the farm is named after: dragon fruit.

The idea for the farm took root in 2014, when Nuez and his wife were planning their retirement. They thought about establishing a piggery, but worried about the files and odor. His wife brought up the idea of dragon fruit, and their research led them to the late Editha Dacuycuy, known in the industry as the Dragon Fruit Lady, who they hired as their consultant.

San Jacinto is adjacent to Mangaldan, where Nuez’s construction business is located. Nuez knew that he would have to develop and manage the farm remotely. Dacuycuy helped him set up the farm, providing seedlings and planting the initial dragon fruit crop before turning them over to Nuez.

“One of our first challenges was finding a water source,” Nuez said in Tagalog, adding that the farm had formerly been rain-fed rice fields that they had bought because they liked the look of it. “We had zero knowledge in farming, so we didn’t consider the many factors needed in putting up a farm.”

They installed a deep well pump to irrigate the fields, but it wasn’t enough, so they constructed a reservoir in an area of the property where rain naturally collected.

Another challenge was learning to treat and prevent disease, which took a year to get under control. “We thought since dragon fruits were hardy since they were cactuses, but they’re actually vulnerable,” Nuez said. “Disease tends to spread during the rainy season but slowly, we found the knowledge on how to treat [and prevent] them. It’s not something that can be totally eliminated. You have to control it so it doesn’t spread.”

A third challenge was finding enough manpower to keep the farm running at an optimum. Nuez stressed that trust was a big issue. He ended up asking his brother-in-law who worked in the hardware store to become the farm manager. His brother-in-law took some convincing at first, but now loves farm life.

Nuez admitted that starting the farm was difficult, but he didn’t give up because he was focused on the farm as an investment. “I realized that with a farm, either do everything well or sell it if you don’t want a headache.”

The farm is also planted with different fruit trees, many of them not found in Pangasinan. “I picked unique ones and ones with health benefits,” Nuez said. These include guapple, passionfruit, fig, rambutan, avocado, pomegranate and abiu (Pouteria caimito).

The vanilla plant is a climbing vine that requires shade. Nuez solved this problem by covering the plants in shaded netting. He started with 30 vines and now cultivates around 200.

Fortune Dragon Farm is also home to livestock and pets, some of them exotic animals. They keep rabbits, which they learned from attending a seminar by Art Veneracion at Aven’s Farm.

They also keep native pigs, sheep (“They’re easier to care for than goats.”), native chickens for eggs and food, Rhode Island red chickens, and Brahman cows (“The young ones serve as grass cutters.”).

But what the farm is most known for in the area are its ostriches. “We [started] with three females and two males and thi first quarter we were able to hatch three eggs,” Nuez said. 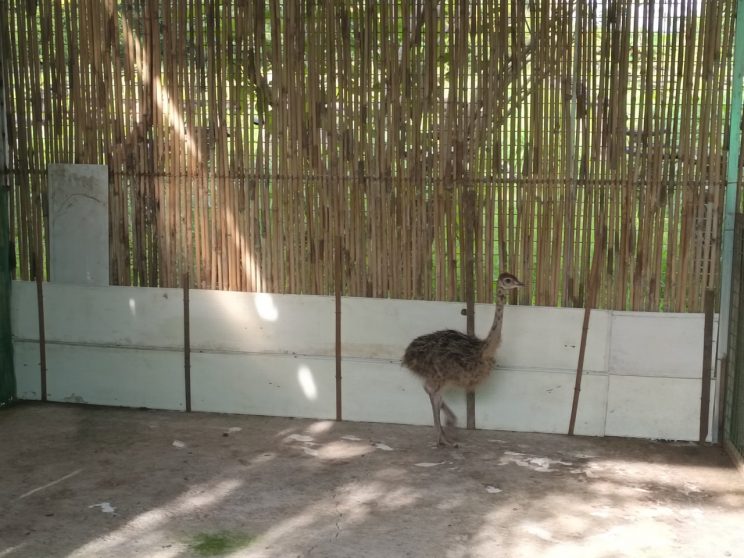 The harvest in Pangasinan starts later than the rest of Southern Luzon, reaching its peak from July to September before leveling off in October. Nuez has observed that the volume of harvest depends on how hands-on farmers are. “Our farmers cultivate more than one crop, so compared to other dragon fruit farms, our harvest is probably about 70%,” he said.

The fruits are sold locally, usually at the nearby market, in adjacent towns, or at most, within the province. Their location near Manaoag church, a popular pilgrimage site, also means that they enjoy clientele from areas like Metro Manila, Cavite, and Quezon.

Sometimes, clients will request if they can visit the farm as well. “They hear about it through word-of-mouth, so after they hear mass, they’ll visit the farm.” Nuez said, adding that the farm also posts their harvest schedule on their social media.

Some buyers have their orders shipped to Manila. The farm also has standing orders with hotels and restaurants in Dagupan City. Clients can also order fruits online. 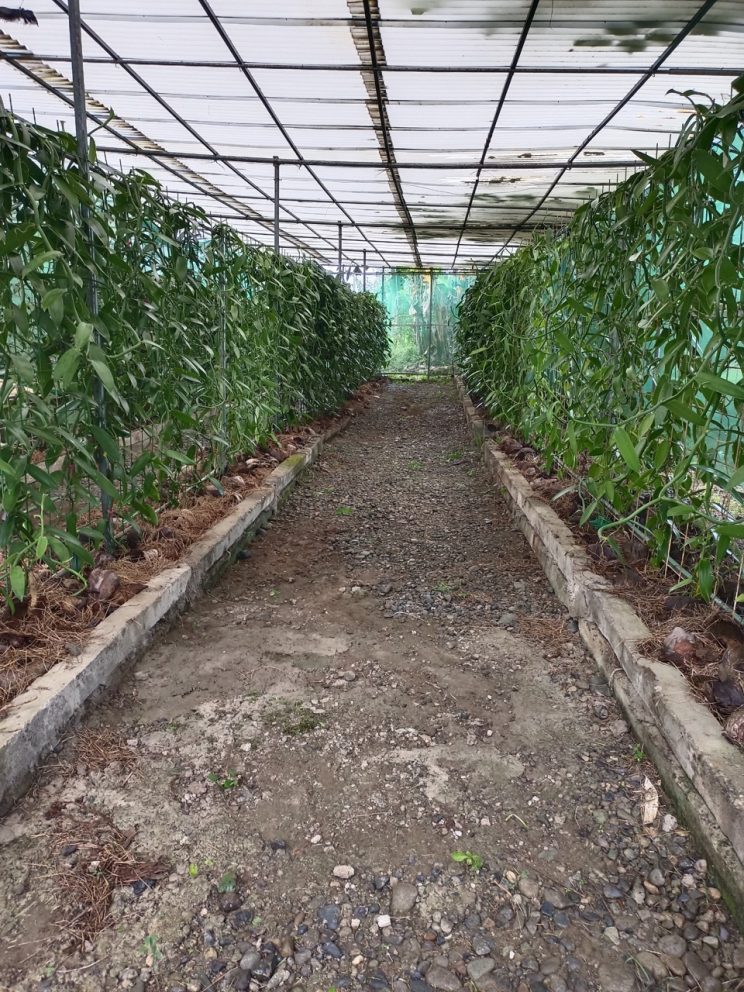 Teddy Nuez had a greenhouse constructed for his vanilla plants. (Fortune Dragon Farm)

Another challenge Fortune Dragon Farm faced when it was starting out was introducing the public to its main crop, dragon fruit. “At that time, dragon fruit wasn’t well known, especially in the province,” he said.

The farm offered free tastes of the fruit to the public, as well as free samples to hotels and restaurants. It took three years of constant promotion before they acquired a steady clientele who valued their harvest because of its quality and sweetness. “We maintain quality and avoid spraying insecticide during fruiting season,” Nuez said.

While Fortune Dragon Farm isn’t a natural farm, they limit their use of synthetic fertilizers and pesticides.  “We cover the fruits with bags to keep fruit flies and other insects away. It’s time consuming but our advocacy isn’t about huge profits. We want to produce safe agricultural products.”

READ: No background? No problem: 5 tips on starting a farm without any agricultural background

Nuez explained that if he weren’t constantly expanding the farm, it would be paying for itself by now. However, he continues to invest in the farm, buying seedlings during the rainy season as well as livestock when the opportunity arises. He thinks of it as an investment for the future, adding that he calculates that the farm will start turning a profit in three to four years.

Future plans include becoming an accredited TESDA (Technical Education and Skills Development Authority) and ATI (Agriculture Training Institute) learning site as well as a DOT (Department of Tourism) farm tourism site. Nuez shared that Fortune Dragon Farm has already been invited to become an accredited agritourism destination; he’s just waiting for everything to be to his liking before they officially open. “Maybe later, we can put up a coffee shop or a snack bar,” he said.

If there’s one thing Nuez wishes there was more of, it’s government support for small farmers, especially with funding and on the technical side. “[Also] programs that will encourage the younger generation to farm, or else we’ll really become a net importer and there really will be a food shortage,” he said. “We have to be self-sufficient. We have to offer more incentives to [students of] agricultural courses so we can upgrade our agricultural knowledge. We’re being left behind, so we have to catch up with modern technology.”

Nuez is far from retiring, but he’s already experiencing the positive effects of owning a farm. “The harvest period is the most fulfilling [part of being a farmer]. You enjoy [it] because you see [the fruit] of your hard work. It’s not about the money because it’s something you can’t buy. The deliciousness of something you grew yourself is different from something you bought at the fruit stall or supermarket,” he said. “Plus, we have friends, visitors, [and] relatives that [help] you enjoy farm life. Laid back, storytelling… harvesting when in season, and so on. Those are the most enjoyable moments as a farmer.”

He’s very up front about the capital needed to put up a farm, but thinks it can be worth it depending on one’s motivation. In Nuez’s case: “My purpose for going into farming is for the next generation.”