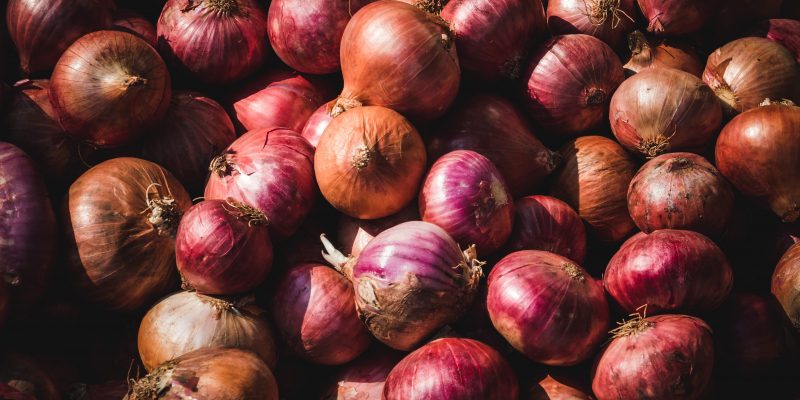 From stews to salads, onion is a staple ingredient in many Filipino dishes. It is no wonder that the exponential increase in the price of onions in the past few months is a heated national issue.

Due to a variety of factors, like the series of extreme weather events that affected the country and the lack of local supply, the price of onions, locally known as sibuyas, has increased gradually since August 2022. However, the cost of one kilogram of onions exponentially increased during the last quarter of 2022, peaking at as high as ₱800. When the price of onions surpassed those of chicken and other meats, many Filipinos became warier.

From protests to memes, local social media feeds eventually became filled with posts related to onions. Before the year 2022 ended, onions became known as one of the unofficial symbols of inflation in the Philippines, storming even international news sites.

Though not necessarily the first, the local onions made a rare feat for a crop by making it to international feature stories and headlines. The onion issue in the Philippines was featured in Time.com, with the headline implying that onions are now more expensive than meat. For some time in early January 2023, the onion article became one of the most read articles in the Time website. In the US-based Cable News Network (CNN), the inflation in the price of onions was highlighted together with the smuggling issue.

The onions in the Philippines also made different local news sites from around the world, such as Singapore’s Strait Times and India’s Hindustani Times, highlighting inflation and its consequences to the local economy.

According to Google Trends, the search interest on the topic of onions continues to surge in the Philippines and in the world, related to inflation, shortage, and real-time prices. While the onion shortage in the Philippines trended because of negative reasons, this can also be an opportunity to show the world what the Philippines can do to control inflation and further develop local agriculture.